Skyrim: Hearthfire, a sale on Alan Wake’s American Nightmare and select Ubisoft titles are just some of the goodies kicking off the latest round of updates to Xbox Live Marketplace.

You already know that Skyrim: Hearthfire is available for 400 MS Points, and this is all the DLC available today, but there are a few Games on Demand titles that have hit as well.

The Back to School sale also starts today and runs until September 10. The full list of titles on sale can be found through Xbox Live.

Tomorrow, September 5 marks the release of Kung Fu Strike: The Warrior’s Rise and Dogfight 1942, as well as the new Pinball FX2 DLC table Plants vs. Zombies.

September 6 the Call of Duty Modern Warfare 3: Collection 4 – Final Assault arrives, and the following day Mark of the Ninja releases for 800 MS Points.

Further on into the month, Kinect Sports: Season 2, PowerUp Heroes, FIFA Street, Max Payne 3 hit Games on Demand September 11, and Red Johnson’s Chronicles – One Against All arrives September 12 alongside Double Dragon NEON and the IKE-aramba! DLC for Quantum Conundrum.

The full update can be found through Major Nelson or below. 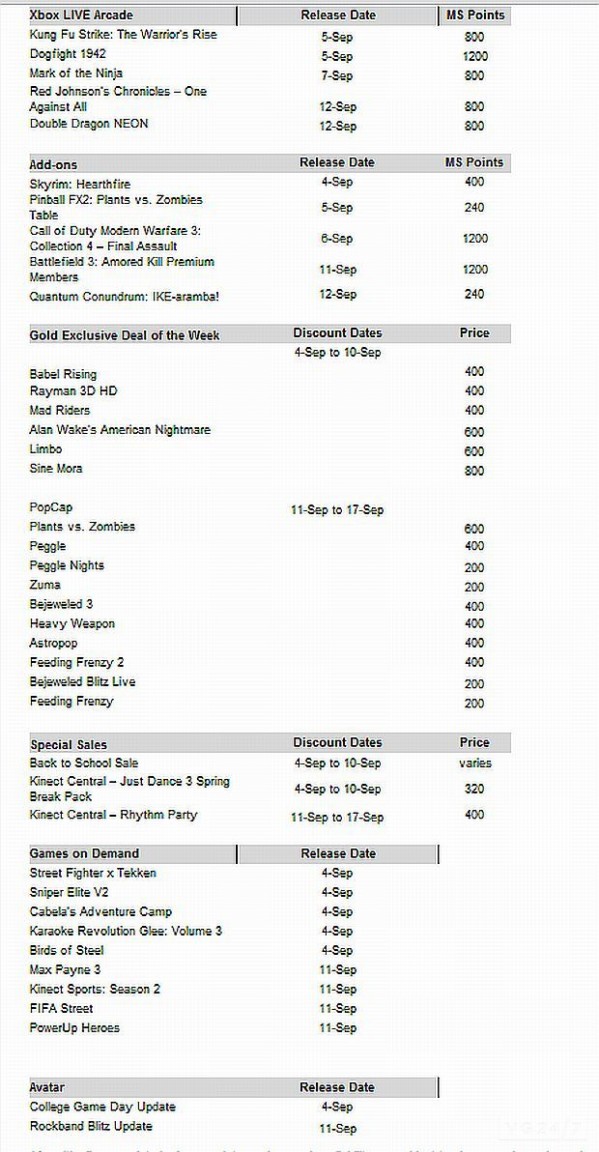