New side quests, monsters, and combat.

We got to see some more of Final Fantasy 15 at TwitchCon with new combat, side quests, and monsters to boot.

One of the side quests features a ferocious looking monstrosity called a Bandersnatch, and in the new region of Leide, we saw some mechanical enemies including the creepy Magitek Axeman.

A late-game death spell cast with the Lucii ring was another new reveal and using it has some horrific effects; the life force of enemies is sucked out as their insides wither away and their bodies collapse in on itself. It's a harrowing spell but it makes short work of larger enemies. The spell can only be used by Noctis.

The best part of the gameplay was the renting of Chocobos. You'll be able to rent them for up to seven days and so far the yellow, white, and black ones have been announced each with their own special abilities. 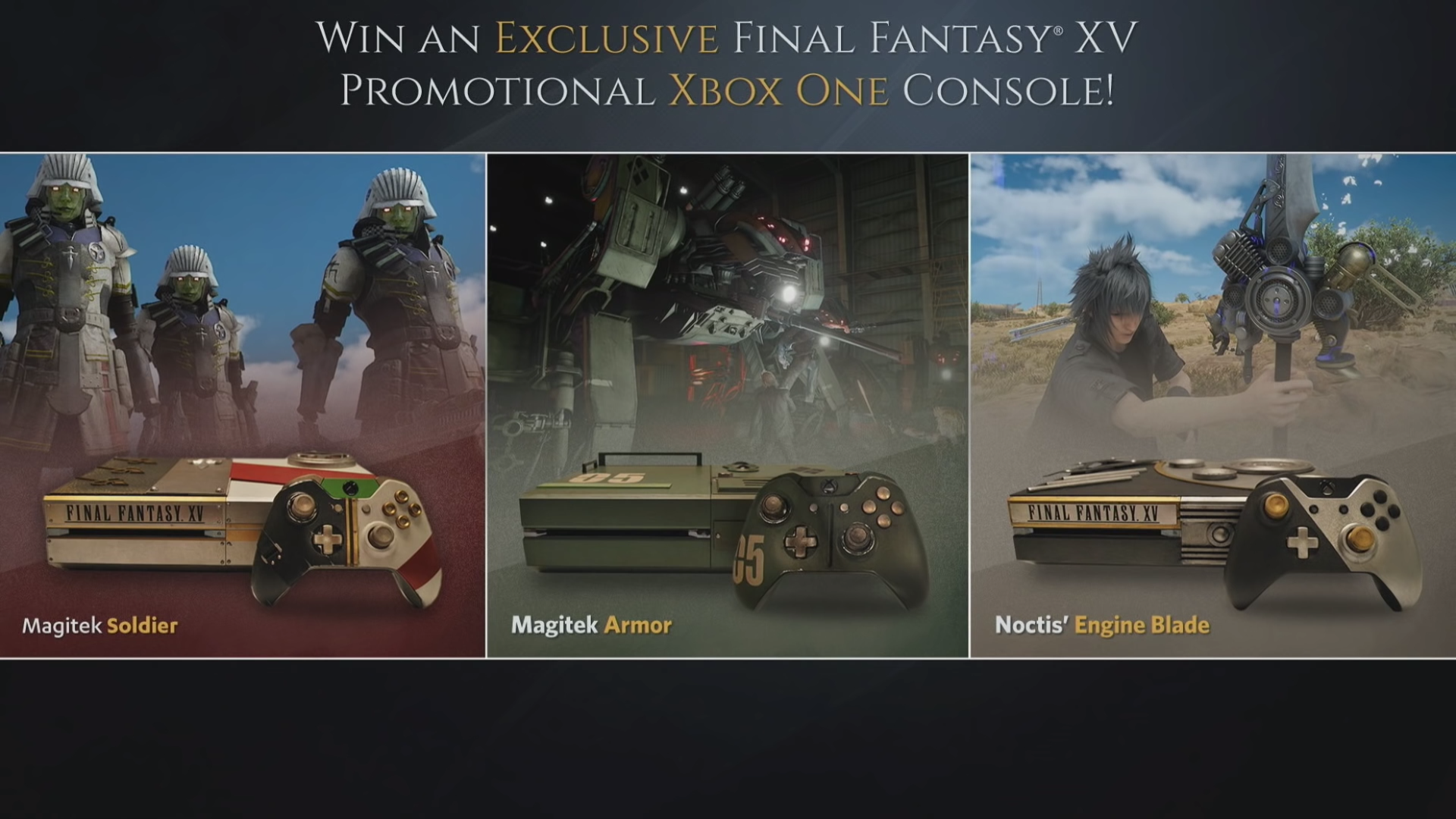 At the end of the stream, we got a look at the Final Fantasy 15 themed promotional Xbox One consoles.

Both Swiftor and The No.1 Alex picked one of the three concoles to give away to their followers on Twitch.

So keep an eye on their channels if you fancy the chance to win one.

Final Fantasy 15 is out on November 29 for PS4 and Xbox One.