Far Cry 5 was officially revealed today, and it's available for pre-order if you're ready to throw money at it early. 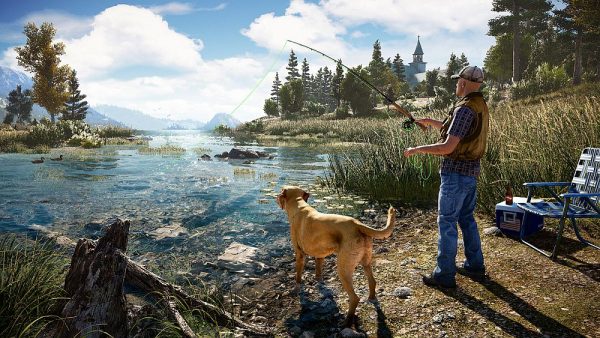 If you pre-order the digital version through the Xbox Store, you can even pre-load it right away. That's a bit early, so hopefully you won't forget about it by the time Far Cry 5 releases in February next year.

Along with the Xbox One digital pre-order, Ubisoft has also announced two versions of the game available through the Ubisoft Store.

These are the Deluxe and Gold Editions of the game. The latter includes the Season Pass, the contents of which will be revealed at a later time.

Of course, each of the editions below are also available for pre-order on the PlayStation Store.

In Far Cry 5, players take on the roll of a local deputy charged with arresting Joseph, the violent, charismatic leader of the doomsday cult, Eden's Gate.

Players will meet up with various NPCs along the way who have their own motives for wanting to destroy the nefarious cult.

You can pick up the game come February 27.