One resourceful survivor has created a hangout spot for Fallout 76's first raid.

Maligned sandbox Fallout 76 will soon be getting four-player raids. Vault 94 is ready to open, with treasures and horrors awaiting plucky adventurers who brave its depths.

But what if you don't have pals? What if you'd like to chill out before putting yourself in mortal danger? One would-be atomic barman has just the place for you.

Enter: The Group Finder. A multipurpose tavern, farm, and supply depot set up to make sure you're in tip-top shape for the coming raid. 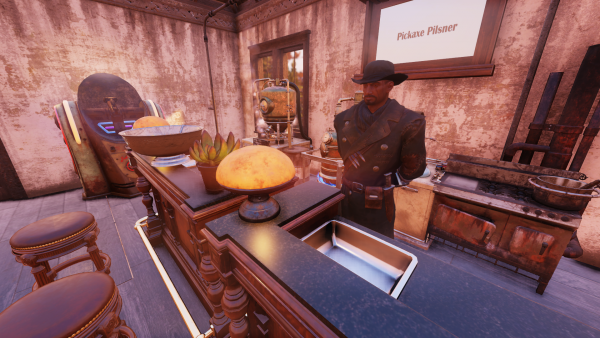 "I am trying to keep stocked with cheap aid and gear (donations are welcome), workbenches-a-plenty, a cool-and-calm bar, social lounge, and most instruments," said creator SouthBeachSarcastic, announcing the hub on Reddit.

"I know it really isn't much but I truly wanted a social space for everyone to get together and share their findings, trade gear, meet new people."

SouthBeachSarcastic stressed that he's only one guy on one server. But he hopes this will kick off similar initiatives, creating a culture of community around the game's first raid.

It's particularly helpful given Fallout 76 doesn't really have its own group finder for big events. That's subject to change, mind. But for now, your best bet could be community hubs like this.

To get in on The Group Finder, look for Austinjv60 on PC Fallout 76 servers.