Platforming. It's not usually very welcome in hardcore shooters.

But id Software hopes that adding platforming puzzles to Doom Eternal will help break up the monotony you encountered playing Doom 2016.

"What was a monotonous arena-hallway-arena-hallway, we now get to break up with these fun platforming-type puzzles," exec producer Marty Stratton told VG247 at a recent hands-on event.

"We don't overdo it; they're all fairly simple but it breaks up the gameplay enough that I think it keeps, in combination with everything else, the tighter mechanics, the visuals, it keeps players engaged."

Doom Eternal has added new moves to the Doom Slayer's repertoire, so platforming isn't restricted to sketchy jumps and sudden death drops - player's respawn if they fall into the void. The Super Shotgun's new meathook is also an addition that aides movement (as well as ripping chunks off enemies).

"The monkey bar and the wall climb, that has really allowed us to not only open up the spaces and make it feel more epic as you are double dashing across big chasms and grabbing onto wall climbs. It changes the pace of the play," said Stratton. 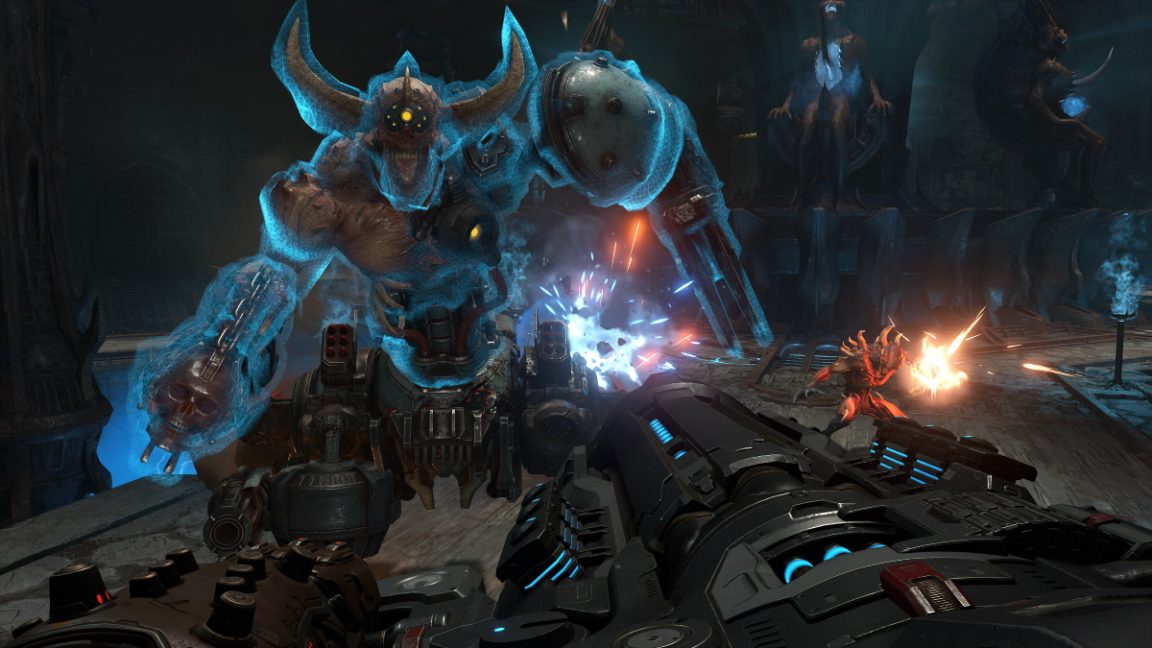 Don't expect Mirror's Edge or Titanfall movement, then, but there is the ghost of Dishonored's Blink lurking around the hellscape of Doom Eternal. Watch the video above and you'll catch a glimpse.