The big Call of Duty: Warzone is here.

The Call of Duty: Warzone and Modern Warfare patch promised earlier this week, which ended up getting delayed, has finally been released. As expected, patch notes are split between Warzone and the main game Modern Warfare.

For Warzone, players have the new Plunder: Blood Money variant to look forward to. Blood Money drops cash with every kill, and pays extra for finishing Bounty Contracts and performing finishing moves. Multiplayer fans get the new Khandor Hideout map, with its own 24/7 playlist. There's also the new Talon operator bundle in the store, but that's basically it for new content.

The rest of the patch notes cover fixes and balance changes for practically all parts of the game.

In Warzone battle royale, the price of loadout drops has been increased to $8,500. Disconnected players will now drop their loot, and award a kill to the player who downed them. Infinity Ward has also made it so averting a Bounty Contract will now pay less.

Controller players have a new set of button layouts to try, which make it easier to play and quickly ping the environment by making use of the bumpers. Likewise, the Buy Station layout has been updated to both be easier to read for everyone, and easier to navigate on controllers.

Warzone also gets the four weapons outlined earlier this week (725, MK2 Carbine, EBR-14, Deagle) which can all be found as floor loot. Though we did get a new shotgun, shotgun damage in extreme close range has been nerfed so no single shotgun blast will down a fully-armoured player. The developer also fixed a bug that prevented players from deploying their parachute when equipping a gas mask, but not the annoying animation that interrupts shooting.

On PC, Infinity Ward finally answered our prayers and made it so stuns are less painful to endure. Read on below for the full patch notes, and don't forget to check our Warzone tips and best loadouts. 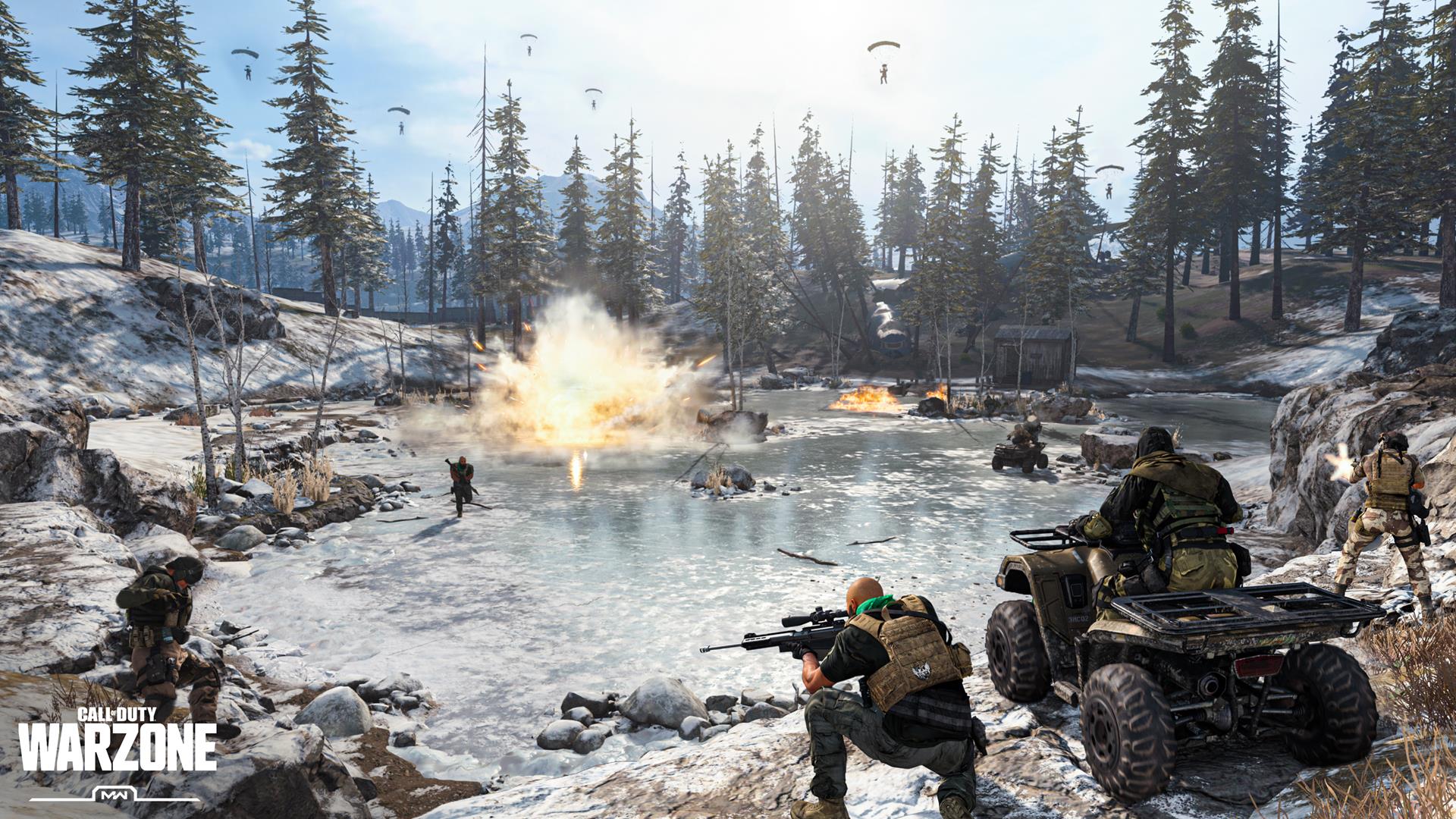