Beyond: Two Souls is a polarising title, one that has seen gamers and critics reappraising what it means to be a game. VG247's Dave Cook gives his impressions on the final code. 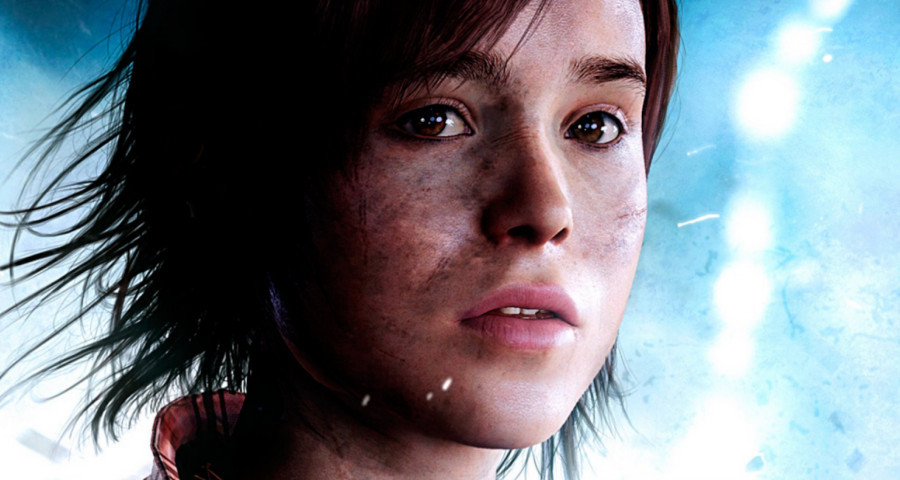 Quantic Dream's 2010 release Heavy Rain was a gamble. There existed nothing quite like it in the console space at the time, and it sparked debate over the nature of engagement and emotion through play. Love or loathe it, there's no denying that it provoked a reaction among gamers and critics. If David Cage sought to disrupt the development landscape with the title - for better or worse - then in this critic's humble opinion, he succeeded.

”If the plot fails to grab you from the off then I truly believe that your overall experience will become marred as a result. It’s not just a movie as several people have suggested with a sneer, but like a film the narrative is its greatest asset.”

During Beyond's development I've seen Cage chastised for daring to ask big questions of the industry. I interview developers a lot for a living, and it's always refreshing to hear someone speak from the heart, instead of recalling some pre-drafted response from memory. It's OK to disagree with these people, but their sincerity and conviction makes them worthy targets of debate. When he says all games aren't about shooting, he's not having a go at Call of Duty, he's just asking you to think in broader terms. I categorically agree.

I feel Beyond will be another title that is discussed at length long after launch, but I found it a harder game to categorise than Heavy Rain. It's a curious experiment that may wash over the 'core' gamers and find a comfortable home among those looking for something a bit different. As I played through the story, my fiancé summed it up best. She told me it was the kind of game people like her - those on the fringes of being full-time gamers but not quite there yet - could enjoy at a comfortable pace.

This is exactly what Cage told me he was aiming for when I spoke to him last month. He's trying to broaden the appeal of gaming by underlining their artistic merit, and to help disprove the tabloid impression that all games are violent, mind-warping evils that only serve to indoctrinate our children. That's the ambition of course, but does it succeed? Well, that too is up for discussion.

That's Some Twinkie
Beyond: Two Souls charts the life of Jodie Holmes - played superbly by Ellen Page - a gifted woman tethered to a ghostly spirit called Aiden. The story spans 15 years of her life and is doled out to players out of chronological order, which is actually an intriguing method of plot progression. At first I was concerned that Cage had the writing chops to make such a fragmented story flow and make sense across its span, but if anything it adds a greater layer of mystery to the whole story.

It's a tale that I - personally - felt compelled to see through. The intrigue guided me along and I think this is both Beyond's major triumph and biggest downfall. If the plot fails to grab you from the off then I truly believe that your overall experience will become marred as a result. It's not just a movie as several people have suggested with a sneer, but like a film the narrative is its greatest asset. There are some weak scenes in there and a few ham-fisted attacks to your heartstrings, but by and large there's a solid plot in there.

Jodie's journey goes through the motions a little. There's the awkward first kiss, the rebellious goth years, her first joint and other 'coming of age' staples, but Aiden's presence often saves these clichés from mediocrity. As an abnormal child she's unable to go outside and live like a normal person. Aiden aside, her best friends are the same lab workers running tests on her. As she grows and becomes curious about the world outside the lab's sterile, white walls, a great sense of claustrophobia starts to cloud over Jodie, causing her to become more rebellious - and in the end - potentially murderous thanks to her gift.

What I found interesting - and I concede that you might not feel the same way - is how Aiden develops as a character. He's a silent, faceless entity that we know next to nothing about, yet I definitely became a little more attached to him as the story rolled on. At first he's seen as a nuisance that refuses to grant Jodie peace, and only serves to cause mayhem wherever she goes. But over time you start to understand that he's selfishly keeping Jodie to himself as she's the only person capable of acknowledging him. He cares about Jodie and constantly protects her from harm, yet is her greatest threat. To say more about him would be to spoil the plot.

It's an interesting dynamic, even if some moments fail to hit their mark. An unfortunate incident at a birthday party is terribly copy-pasted from teen dramas, and there's a menacing scene in a bar that doesn't seem all that necessary. The wider supernatural plot also begs the suspension of disbelief, but as I said, the plot drew me in. Like any film, this is a subjective story so it's clear people will either love or hate it. The key question is - as it was with Heavy Rain - how much of Beyond can be considered a game? This is where I think some people will become divided further.

Are you director or viewer?
In Aiden, Quantic Dream has created a gameplay mechanic that tries to make Beyond: Two Souls feel less like an interactive film or visual novel, and more like a game. The question is, does it succeed? In Heavy Rain there were a lot of blatantly sign-posted QTEs and lengthy dialogue trees that changed depending on your responses, much like the decisions in a Fighting Fantasy 'Choose Your Own Adventure' novel. It gave real weight to those moral choices and it felt like the plot shifted significantly when you chose poorly.

I rarely felt that way in Beyond. The story is significantly less malleable than Heavy Rain, and said QTEs largely extend to nudging the right stick in a certain direction when prompted. If someone tries to punch Jodie from the right, you nudge the stick right to block the blow. If you walk past a door that can be opened, a white dot over the handle will indicate which way to push the right stick. The sign-posting may not appear obvious in a UI sense, but it guides you constantly.

”Most of the time I felt less like a participant and more like a viewer, and this is where the player-base will become divided. Do you want passive entertainment, or full-on engagement? It’s difficult to second-guess how people will react to this.”

There are moments where I was unsure as to what - precisely - I was supposed to be doing or looking for. I clumsily walked around with the left stick, looking for that white dot and interacting with everything until the next scene activated. That - to me - is not fun. There are also a few of those annoying moments where you simply have to interact with a set number of objects before another set-piece kicks in. You poke and prod everything in sight just to get the plot moving again. It breaks the pace.

Taking these factors into account, Beyond is vastly more linear than Heavy Rain in terms of gameplay and decision-making. There is one scene where you are given a simple binary choice to either take revenge on someone that has wronged Jodie, or to simply let is slide. Choose the former and you may initially feel a pang of retribution followed by regret at what happens next. These moments work, but they are few and far between. By contrast, a tense scene in a burning building follows the same linear format, yet works due to increased urgency.

Aiden - again - provides the most interesting aspect of Beyond's gameplay. As the entity you can interact with objects around each scene to trigger a reaction. Chances are you've seen the street stand-off, in which SWAT forces corner Jodie in front of a cinema. As the spirit you can float around in first-person and use his powers to choke guards, possess them into shooting one another, hurl cars into their ranks and more. It's fun and a little devious, but it doesn't feel as responsive as other games.

What I mean by that is, as Aiden you're essentially picking an object in a scene, moving both sticks to interact with it, then watching a short reactionary clip as a reward. Now, that may not appeal to the twitch generation, but I was perfectly happy to kick back for a few evenings and simply take it all at my own pace, and I think this is what will speak to people out there most. Treat it as a piece of mildly engaging entertainment and you'll probably enjoy Beyond, but if you expect something explosive that demands every ounce of your reflexes and skill then you've come to the wrong place.

However there is one chapter that takes place in Somalia that really does succeed in a gameplay sense. While Quantic Dream has released a handful of screens from this section, little has been said about how it handles. At this point the game becomes a stealth experience, as Jodie runs through war-torn streets using Aiden to scout ahead for militia. It's a superb chapter and it's here that Beyond feels most like a 'game'. It reminded me of a supernatural Metal Gear Solid and I could have happily played a whole game based on that premise, albeit it fleshed out further.

But still, Beyond: Two Souls is a refreshing game in that there's still nothing quite like it and Heavy Rain on consoles. I like to try out new concepts and to experience things I've never done or seen in games before. Beyond is certainly full of those moments, but it'd be too kind to suggest that I felt highly engaged in those scenes as a player. Most of the time I felt less like a participant and more like a viewer, and this is where the player-base will become divided. Do you want passive entertainment, or full-on engagement? It's difficult to second-guess how people will react to this.

Visually striking and touching on a wide gamut of themes, Beyond: Two Souls is comfortably David Cage's new high standard as a writer and director. I can already foresee many gamers vocalising their displeasure at launch, while the casual market will likely accept it over the long-term in silent appreciation - as it did with Heavy Rain. Either way, Cage wanted us to use his game to open up new discussion about the modern gameplay experience. For good or ill, I believe he's going to succeed in that aim.

Disclosure: To assist in writing this piece, Sony sent Dave a PS3 copy of Beyond: Two Souls.