War never changes. Neither does the status of PS4 modding support. 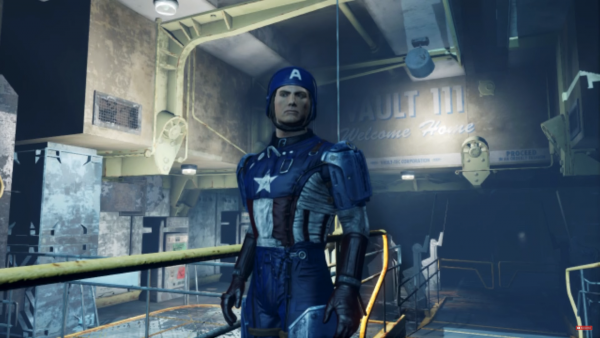 Playing Fallout 4 mods on your console is a major boon for console players - at least if you have an Xbox One. Sadly, the PlayStation 4 is still awaiting its promised modding support with no sign on when it should be expected. What Bethesda's Peter Hines has confirmed is that despite the delay, it's still one of the publisher's priorities.

"All I can say is that it is undergoing an evaluation process and as soon as it’s done, and we have more info, we’re gonna let everyone know," Hines told Metro in an interview. "It’s definitely not that we’ve decided not to do it, we absolutely, positively want to get PS4 mods out as fast as humanely possible."

While Hines "humanely possible" statement is encouraging, the fact that we don't know why mod support has been delayed might be worrying. For all we know, it could be anything from PS4 technical issues to a lack of budgeted resources. For now, all we can hope for is that it won't be delayed for much longer.