You better check your email inbox, because those early access beta codes are out in the wild. 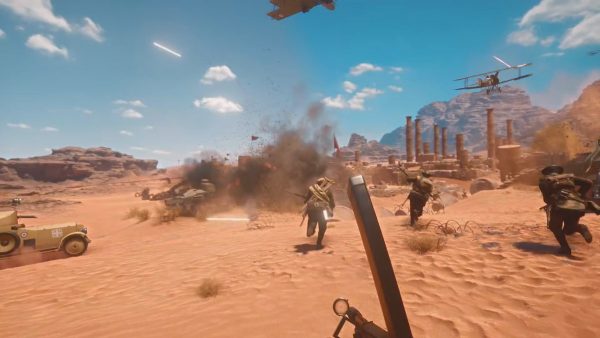 As promised, EA is offering Battlefield Insiders one day early access to the Battlefield 1 beta. That means those who signed up to receive Battlefield newsletters get to play the anticipated taster today.

Codes are now being sent out. I've just gotten one myself, and there are many others who reported getting theirs on Reddit. You only get a single code, depending on the platform preference you picked when you signed up.

The download is around 7.10GB on PC, and a bit less on PlayStation 4 and Xbox One. You can start downloading it now, but you won't be able to play until later today when it goes live.

In addition, if you manage to reach rank 15 in the beta, and play on at least four different days, you'll be awarded the Battlefield 1 beta dog tag for use when the game comes out in October.

In case you missed it, the beta includes access to the Sinai Desert map. Conquest 64 and Rush 24 are the available modes. You also get access to the armoured train, the behemoth vehicle on this map, as well as the three Elite classes.