The Flamelurker is the “Gatekeeper” boss of Demon’s Souls. But what a lot of players don’t know is that there are several easy ways to defeat him. From attacking him head on to cheesing him completely, we’re going to go over all the different strategies.

Demon’s Souls – How to beat Flamelurker

Be sure to always stay away from the front of Flamelurker, as his swipes come out instantly. If you have a shield, you can just block the swipes and fire blasts with ease. It’s recommended to bring a fire resistant shield so you take minimal damage when blocking (Purple Flame Shield, Brushwood Shield, Tower Shield).

For his fire blasts, you can either roll away or roll into them. Rolling away or blocking are the safest options. When you get hit by a fire blast, try not to panic roll. Either prepare to block or patiently wait for the next fire blast so you can roll away and heal safely.

When Flamelurker gets low health, he will become stronger and engulf himself in flames. 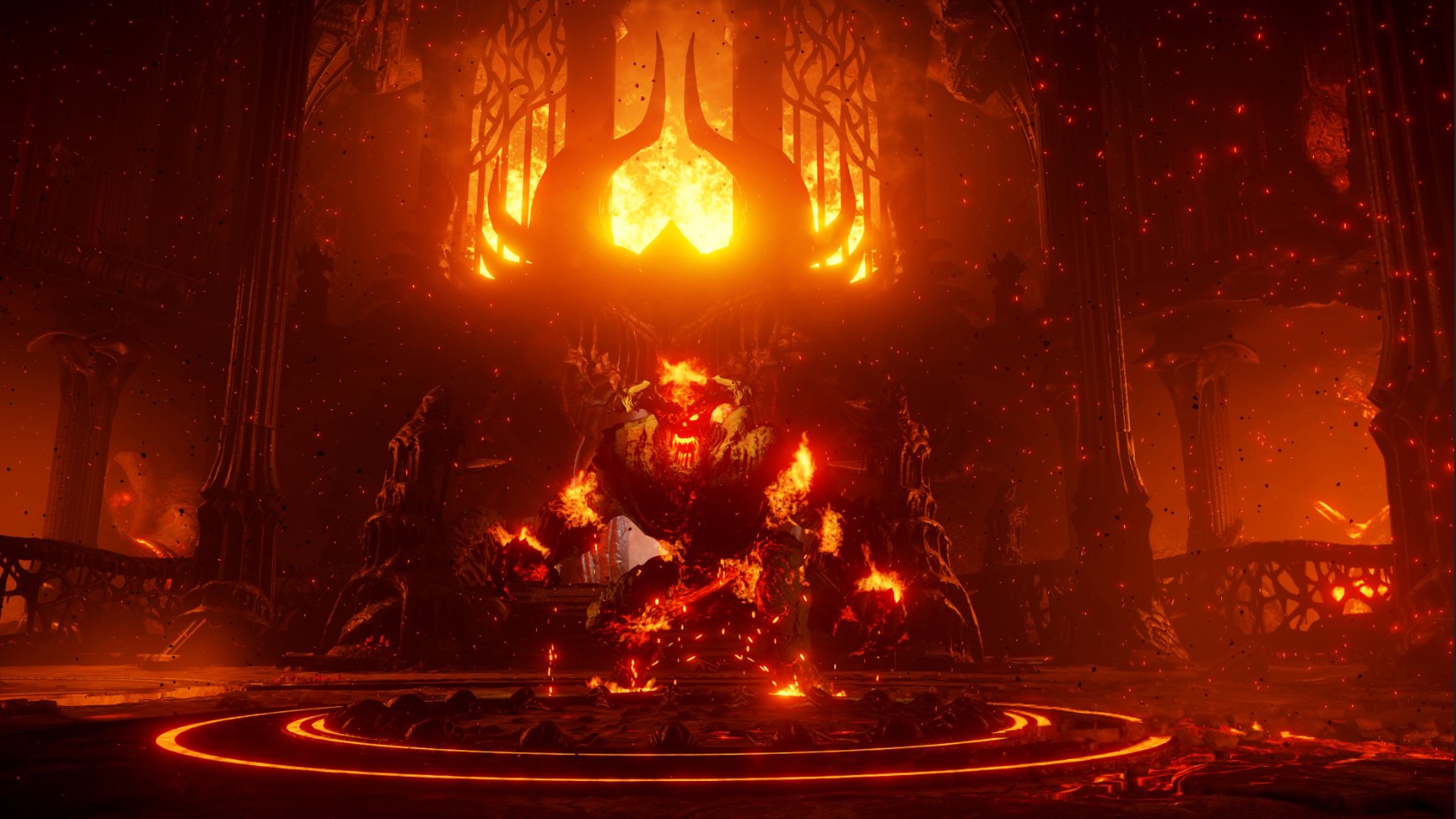 He will start to be more aggressive and start spamming his fire blast on you over and over. This is when you need to really play it safe and keep yourself at full health. Again, don’t panic when you get hit with the fire blast, just wait for the next fire blast if he’s still attacking or you’ll get hit by a second one and die.

Flamelurker is extremely weak to magic! Be sure to use Sticky White Stuff to buff your weapon with extra magic damage or use the Crescent Falchion found in World 4-1. If you have any magic spells, use them. Soul Arrow, Soul Ray, and Homing Soul Arrow are the best spells to defeat him.

In the PS3 original, there were two different ways to cheese Flamelurker.

The first method was the spine method – but this has been patched out of the PS5 version. When you entered the fog, there was a spine to your immediate left. You needed to get his attention and run to the side of the spine without the fog gate while being sure to hug the wall.

If done correctly, Flamelurker would be constantly running into the spine and attempt to attack you when you get close. Then all you had to do was either melee him and roll away or pelt him with your ranged attack of choice. Occasionally he slipped out, but all you had to do then was bait him away, then run back to the corner for him to get stuck again. This made for an easy Flamelurker kill.

However, the second and easiest way to cheese Flamelurker is still in the game for you to exploit. This uses the Poison Cloud and Thief’s Ring. The trade off though is this method is extremely time consuming.

You can learn Poison Cloud from Sage Freke by defeating Leechmonger in World 5-1. You can obtain the Thief’s Ring by either finding it in World 1-1 where Ostrava was trapped or by killing Patches.

With these items equipped, enter the boss fog and hug the right side of the arena until you’re behind him. Then carefully go up and cast Poison Cloud on him. You should see him get poisoned and his health slowly drain. As soon as you stop hearing the poison sound effect and see his health stop draining, recast Poison Cloud. Repeat this until Flamelurker is no more.

When you finally defeat Flamelurker, you’ll receive the Red Hot Demon’s Soul. This soul is crucial, because it allows you to upgrade your weapons with Demon’s Souls at Blacksmith Ed.