Animal Crossing: New Horizons has managed to reclaim its position as top dog on the UK video game sales charts, while parent company Nintendo has a whopping six titles in the top 10.


Animal Crossing: New Horizons has usurped Ghost of Tsushima to become the bestselling video game in the UK this week. As the official charts show, Ghost of Tsushima has been relegated to second fiddle, while Mario Kart 8 Deluxe is gaining momentum in third place.

This week’s list highlights a stellar performance from Nintendo, who owns an immense 60% of the top 10. 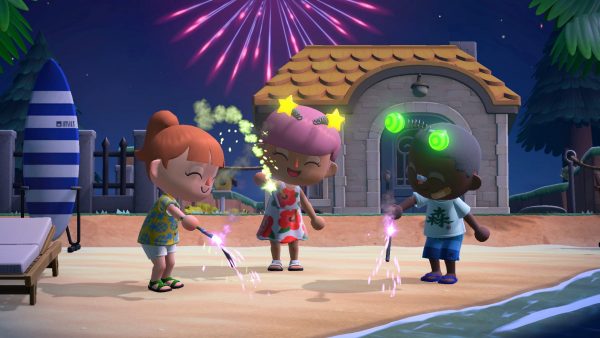 The top 10 for this week’s video game sales charts are as follows:

Nintendo also has another three games in the 10-20 section, including evergreen mainstays such as Super Mario Odyssey and The Legend of Zelda: Breath of the Wild.

If you’re one of the people who recently purchased Animal Crossing and are excited to finally build your island paradise, it’s worth noting that Animal Crossing update 1.4.1 recently changed a few things – you can read up on what’s new at the link.

We’ve also put together some handy guides to help you out with some of Animal Crossing’s newer content – for example, here’s how to get the King Tut mask, and here’s how to visit Dream Islands using Dream Address codes (be sure to check out the update linked in the paragraph above if you’re curious about Dream Islands, though, as they’re one of the things that were subjected to a couple of changes).

In other things Animal Crossing, did you know that Taiwanese police officers recently managed to return a lost Switch to its owner by chatting to their friends via Animal Crossing?