You’ve probably seen how games are devouring storage space right now. So, if you’ve been on the lookout for an external hard drive for PS4 or Xbox One, then Amazon US has a couple of great offers for today only.

The best offer of the lot is this 5TB WD Black P10 Game Drive for $99.99. That’s the lowest price we’ve ever seen for this external hard drive. It’s usually around $130.

The WD Black P10 is compatible with PS4, Xbox One and PC – and will give you a whole load of room for game installs, downloads and updates. Definitely a worthwhile upgrade if you’re looking to fix your console storage issues for good. That 500GB or 1TB of internal storage goes extremely quickly.

And all it requires is a simple USB connection to your PS4 or Xbox One. What’s more, any backwards compatible games on it can be brought over to play on next-gen consoles when they arrive later this year too! With this size hard drive, you could bring quite a substantial collection across. 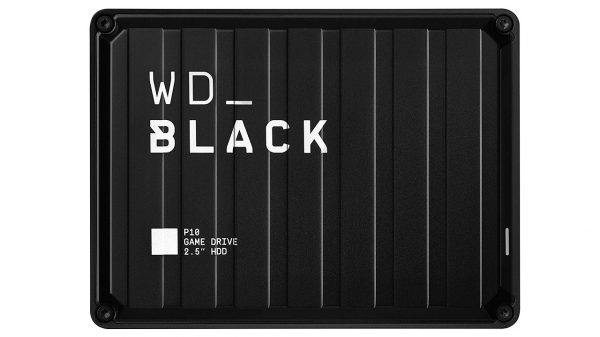 Meanwhile, if speed is more important than the capacity to you, then you could go for this 500GB WD Black P50 SSD Game Drive for $123.99. As a solid state drive, it’ll improve load times for your PS4 and Xbox One games tremendously. With such limited space, though, you’ll have to be very picky when choosing which favourites to install onto it. Best saved for your most played ones, then!

Lastly, moving away from consoles, you can get the 250GB WD Blue SN550 for $43.99 as part of today’s daily deal. This PC-only internal NVMe SSD requires an M.2 slot on your motherboard and will give you another performance boost over a standard SSD. It’s hard to say whether it’s totally worth it for just gaming – and the limited capacity means you won’t be able to install much – but if speed is your priority this is another terrific deal.

But it’s all about the 5TB WD Black P10, to be honest. It’s regularly sat in our list of best PS4 external hard drives and best external hard drives for Xbox One over at Jelly Deals. Do grab it while it’s on offer! Or browse through the other WD and SanDisk deals available for today only at Amazon US.