When you read previews of Cyberpunk 2077, they’ll likely be focused on the action or the RPG elements of the game. That’s no bad thing – the shooting is snappy and the role-playing in-depth and meaningful. But one new feature shown during the hands-on deserves to be talked about in detail – the Braindance.

To understand the utility of Braindance, it’s worth looking back to CD Projekt RED’s The Witcher 3. Combat, exploration and chatting in that game were frequently divided by investigation segments where Geralt would use his heightened senses to inspect his surroundings, using a ‘Witcher vision’ that highlights points of interest in red. This has been common in games for a while, of course, with the next most famous recent example the ‘detective vision’ of the Batman Arkham games.

This serves a few purposes in the game, of course. It’s a chance to explore the world and examine it more closely – a time for environmental storytelling. It’s also a chance to slow things down and give you a bit of a breather. So it’s no surprise that Cyberpunk 2077 has a similar mode.

Braindance is that mode, where you relive an event through somebody else’s eyes as part of a full-immersion VR experience. Within that experience, you can scan, search and consider small details to help in whatever quest you’re currently undertaking.

Here’s the example seen in the hands-on: protagonist V is helping to plan a heist from a rich corporate overlord type. You’ve got an inside woman, the man’s lover, and she has made a Braindance – a BD video – of a visit to his apartment, where your target loot is hidden.

If you play through the video you can watch a short scene from her perspective – passing a burly cybernetic bodyguard, grabbing a drink, flirting with the person you’re going to steal from. But you can also unhook from her view and fly around any part of the area that is in her field of vision at any given moment. 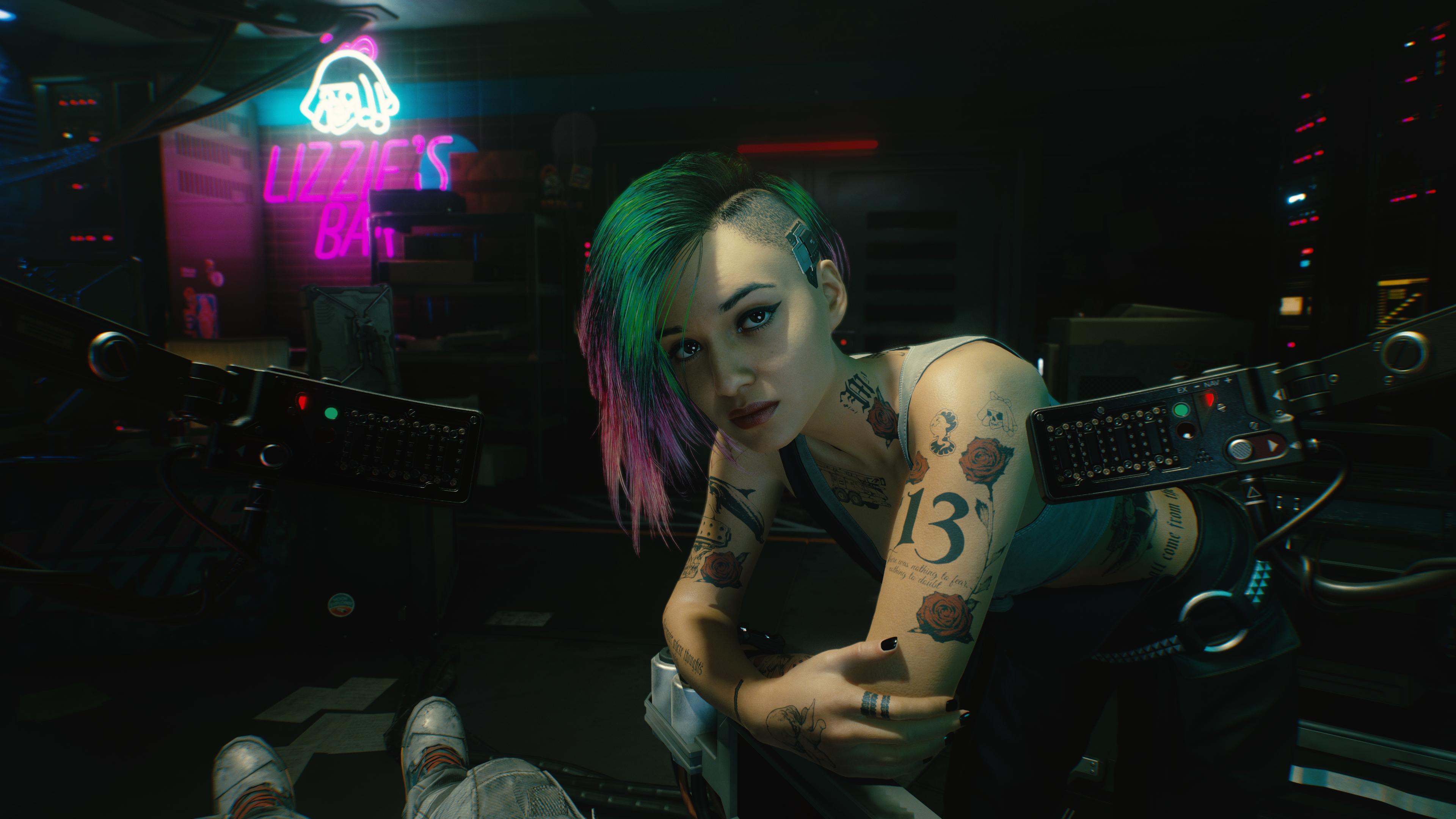 It’s an interesting twist; if your typical gaming detective section is a sort of 3D puzzle, Braindance is like a 4D version, with the fourth dimension time. Because you can only perceive and scan things within the subject’s perception, their movement throughout the recorded scene is important – so if you want to scan one corner of the room, you might need to rewind or fast-forward time so that they’re near that corner – heading to the fridge for a drink, for instance – so that you can see that corner in full detail.

On top of all this, your BD detective action has three layers – visual, audio and thermal. So in this area I was able to use the visual scanners to identify the security features of the apartment to be better prepared for a heist, then use audio scanners to listen in on a phone conversation the target was having. Oh, the item we need has to be stored in a cool place? Time for the thermal scanner.

How the focus of the ‘host’ of the BD works to define the puzzle is clever. Areas of the room they’re not focused on will be there, but they’ll be a fuzzy mess. There may be some things their brain subconsciously picked up and recorded into the BD that they themselves never perceived at the time. At one point the target has a phone conversation in hushed voices, just outside of earshot. But inside the BD, you can isolate that noise and listen in on the conversation, just about.

These things add up to a really interesting puzzle each time. In the one I saw, there was a compulsory objective of locating the hiding spot for the item you’re stealing, but also optional objectives that, if puzzled out, would make the heist easier. It seems that these sequences can require a surprising amount of deduction and attention from the player too, as the one I played didn’t much hold your hand.

This is just one example, but CD Projekt RED says that over the course of the game the player and V will use Braindance to investigate multiple times, uncovering knowledge and information useful to whatever quests or side quests you’re on.

The detective stuff in video games often toes the line close to be coming a chore, but I’ve always understood it as a necessary speed bump in high-octane experiences. With that said, Braindance has to be one of the most clever and fun versions of it I’ve seen to date – and it’s just one part of Cyberpunk 2077. To learn about the rest, hit up our full hands-on preview.