The first proper boss in Minecraft Dungeons can get a bit hectic, but there are a few sure-fire strategies to deal with the Corrupted Cauldron.

At the end of the Soggy Swamp, the witches in league with the Arch-Illager have brewed a cauldron so evil that it’s taken on a life of its own. It’s your job to take it down, which can be easier said than done.

Especially on your first run through Minecraft Dungeons, the Corrupted Cauldon can spawn more enemies than you’ve faced all at once up to this point in the game. While there are ways to square up to the Cauldron, it’s much easier to cheese the fight from afar. But we will go through how to achieve victory with both methods. 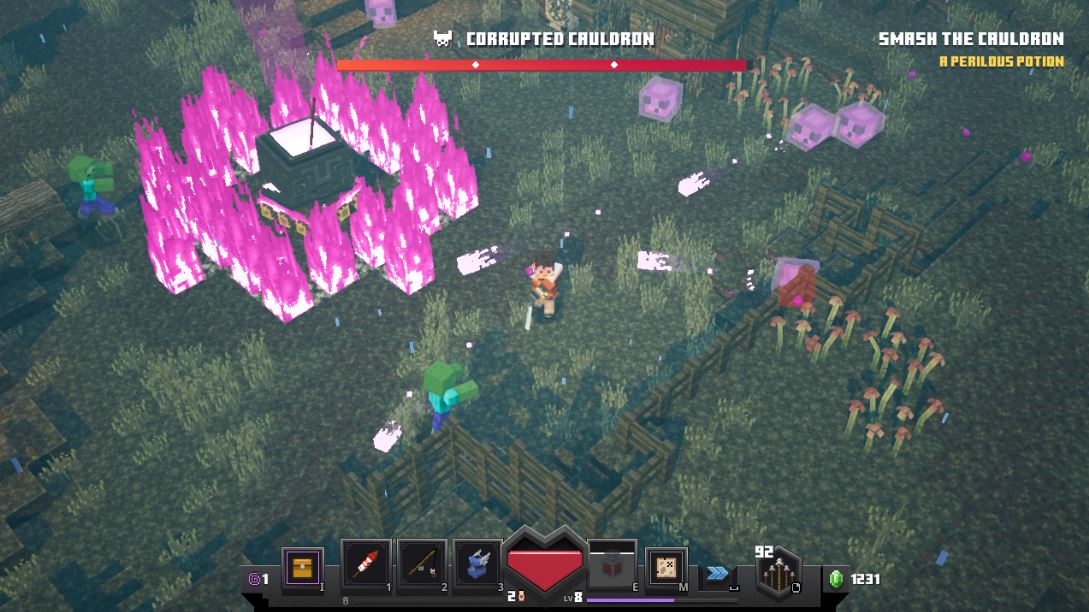 How to beat the Corrupted Cauldron in Minecraft Dungeons

As we said, there are a couple of ways to deal with the Corrupted Cauldron. But your first action with either method should be to clear some of the distracting regular mobs like zombies out of the arena so they’re not interfering with what you’re trying to do.

If you want to engage the Corrupted Cauldron up close with melee, then you will need some protection.

The best way to get this is from armor with the Potion Barrier Enchantment which reduces incoming damage by 90% after you take a swig from your health potion. This lets you take some hits, refill your health, then not worry about taking much more damage while you wail away with a fast weapon.

It’s also possible to do this with weapons with the Radiance Enchantment, but they don’t appear until at least the end of your first run through the game.

The main attack you need to be careful of is the wall of flames that appears around the Cauldon. If you’re trying to do this fight properly without overpowered Enchantments, then you need to retreat as soon as you see the pink flames flicker before they start up properly. They’ll drain you heart almost instantly otherwise.

With a quiver full of arrows though, it’s much easier to beat the Corrupted Cauldron with ranged. If you go to the top right or bottom left of the arena, next to the fence – pictured below – you can fire at the Corrupted Cauldron without any of the baddies seemingly being able to do much back to you. If the little cubes it spawns get too close, knock them back with melee, then return to your position. 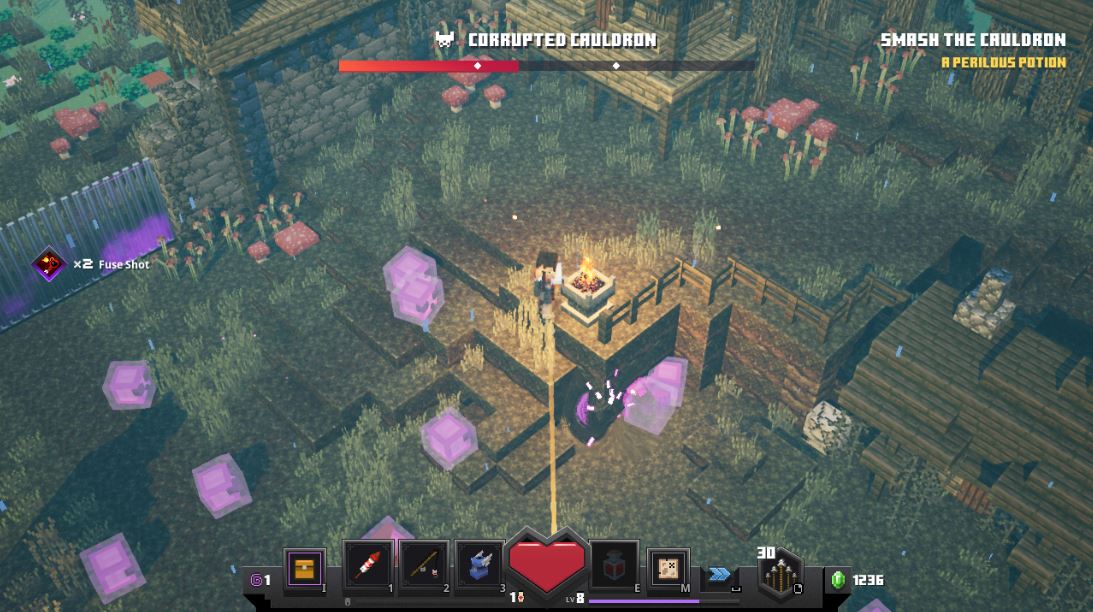 Once the Cauldron is down low you can rush in to finish off its health bar.