The mysterious PS5 controller has shown itself for the first time.

Although Sony has yet to officially reveal the PS5‘s main controller, earlier reports said it will look very similar to the DualShock 4.

Just how similar? Well, according to a set of newly leaked photos: very. Someone who works at a video game developer posted a series of pictures they took of the PS5 devkit, which is seen alongside the new controller.

The original post showed up on Reddit as a collage, but we’ve edited them into individual shots. Sadly, it’s not quite the look we’ve been hoping for, focusing instead on the console’s devkit, which we’d seen before. 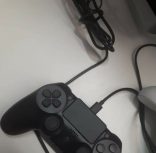 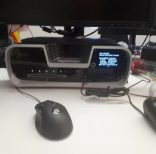 At first glance, the controllers look incredibly similar, but there are some subtle differences. The touchpad is slightly more angular, but unfortunately remains as wide as it is on the DualShock 4, leaving little room for the Options and Share buttons.

Though they don’t appear in these images, we do know that the triggers will be bigger, and there won’t be a light bar at the back. Sony also confirmed more under-the-hood upgrades such as haptic feedback.

It’s worth keeping in mind that the particular design seen here may not necessarily be the one Sony ends up going with. Devkits often ship with early controller prototypes, so this may just be another one of those.

For a recap of everything we know about PS5, including price, release target, specs and more, clink through the link.