Red Dead Online players have a new Legendary Bounty this week, as well as a new collection to obtain.

The authorities aren’t too pleased with Red Ben Clempson, and have put a bounty on his head. It’s up to you this week in Red Dead Online to collect.

According to the latest intel, the train robber and murderer has a penchant for fine clothes, which makes him stand out a bit. He and his gang were last seen around the train tracks of New Austin. Approach with caution.

After you’ve finished with the latest bounty, be sure to pay Madam Nazar a visit. This week, she wants you to track down the Blood Flower, Chocolate Daisy, and Creek Plum as part of the Herbalist’s Collection.

Also this week, the featured Free-Aim Series is Sport of Kings, which is sure to put your skills and reflexes to the test.

Those in the market for the latest fashions can pick up the new Cardozo Vest, available for a limited time only. The Dunaway Coat, the Purkiss and Pearrow Hats, Union Cap, Farley Shirt, and Tillson Sweater are now permanent editions to the catalog.

There are also new colorways of the Ledbetter Hat, Fuentes Poncho, and Killiman Vest. If you need some new shitkickers, the following are now available: Parson Boots, Rowland Boots, Cerrada Boots, and Cibola Boots.

You can’t run around the wild west looking shabby, so browse that catalog.

Speaking of which, the Wheeler, Rawson & Co. Club and The Outlaw Pass rewards on Xbox One and PlayStation 4 end this week on November 18.

Be sure to grab the exclusive Outlaw Pass to earn rewards up to your current Club Rank. Items will unlock instantly upon purchase and everything unlocked will be added to your collection permanently. Hit up the Progress menu to view your Club Rank. 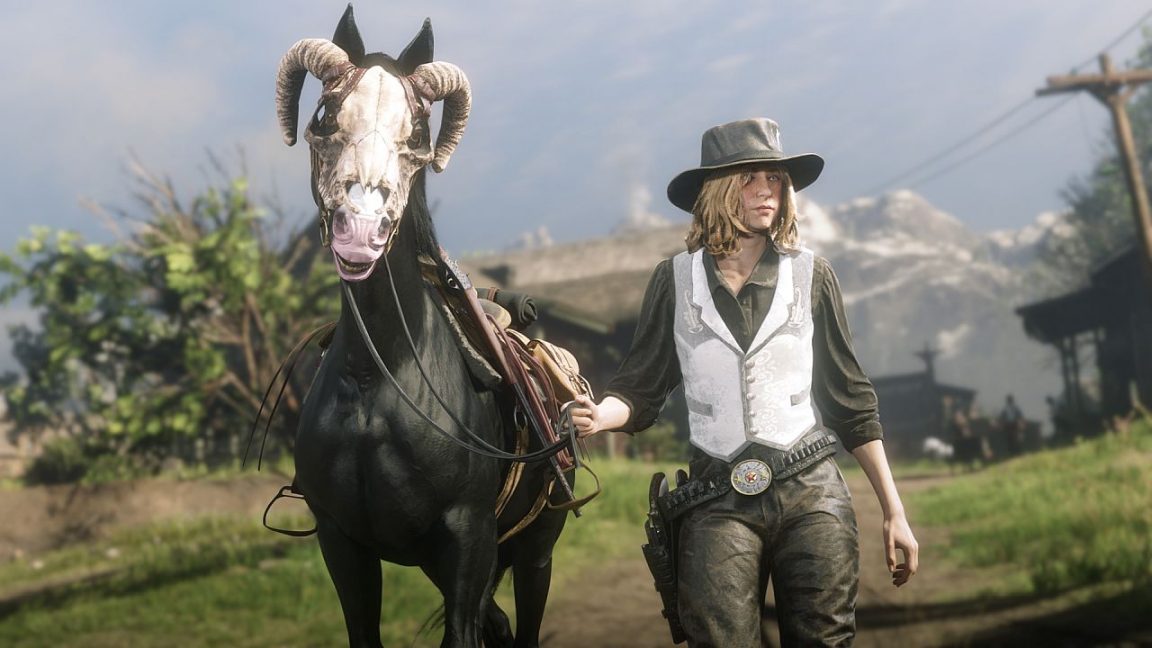 Also, as an added bonus, Outlaw Pass holders on console who reach Club Rank 70 by the end of the week will receive the all-white Cardozo Vest, free of charge.

Collector’s discounts this week include 25% off the Pennington Field Shovel and 50% off all Collector Maps. You will also receive a 25% bonus on RDO$ payouts on all Collector Sets. And don’t forget PS Plus Members: you can collect the Page of Pentacles, Knight of Pentacles, Queen of Pentacles and King of Pentacles Tarot Cards, simply by playing Red Dead Online any time before November 18.

All players who connect their Social Club account with Twitch Prime will receive the Bounty Hunting License for free and an additional 10% off the Field Shovel and Collector Maps above, so it’s worth the trouble to link the two.