First off, I just want to say I bought this game. I paid money for Death Stranding. I didn’t get it for free. I’m not a video game reviewer. Nor am I a video game “critic,” which according to Twitter is more important than being a video game reviewer because it makes people in this industry feel better about themselves. You’re a fucking video game reviewer, Kirk. Get over it. Maybe learn the names of characters in Devil May Cry and get back to me.

Second, there will be Death Stranding spoilers here. Not that that means anything; I could tell you the entire plot of this game and it would not matter. I’m relatively sure Kojima wrote this game by throwing a bunch of those poetry refrigerator magnets at a wall and writing down what they said. Uh oh! My BB says these KNOTs are in BT territory, better load up the CORGI! You can tell which of those words I made up, but if it were in the game, it would not surprise you.

So let’s get into it so I can recoup the money and time I spent on this thing: Death Stranding is the funniest game of the year.

In fact, forget the game. The entire culture surrounding Death Stranding is the funniest thing of the year. It’s like if Ed Wood made Plan 9 from Outer Space and we all worked as hard as we could to tell ourselves it deserved an Oscar. Or a BAFTA. That’s what you guys have, right? I don’t know.

But let me back up.

I’m not saying Death Stranding is a bad game. I’m actually enjoying it. I mean that. It’s truly beautiful. It’s relatively, mostly well-acted. It’s certainly interesting. And I genuinely believe that everything Hideo Kojima wanted to do in this game, he did. I am positive that – free of all constraints – this is the game he absolutely wanted to make.

It’s just that, you know, The Phantom Menace was the movie that George Lucas – free of all constraints – also absolutely wanted to make. That’s the (hand motion) realm we’re talking here.

Death Stranding is written as a very, very serious game. It has a message it wants to tell us and that message is that we are no longer connected as a society. That is why you, as Sam Porter Bridges, must walk across the country connecting different waypoints. You get it? Bridges? Well, hold on, because the government program to make these connections is called Bridges. You get it? Well, hold on again, because the president of America is Sam’s adopted mom, and her last name is Strand. You get it? Like the way strands tie together! This is real. 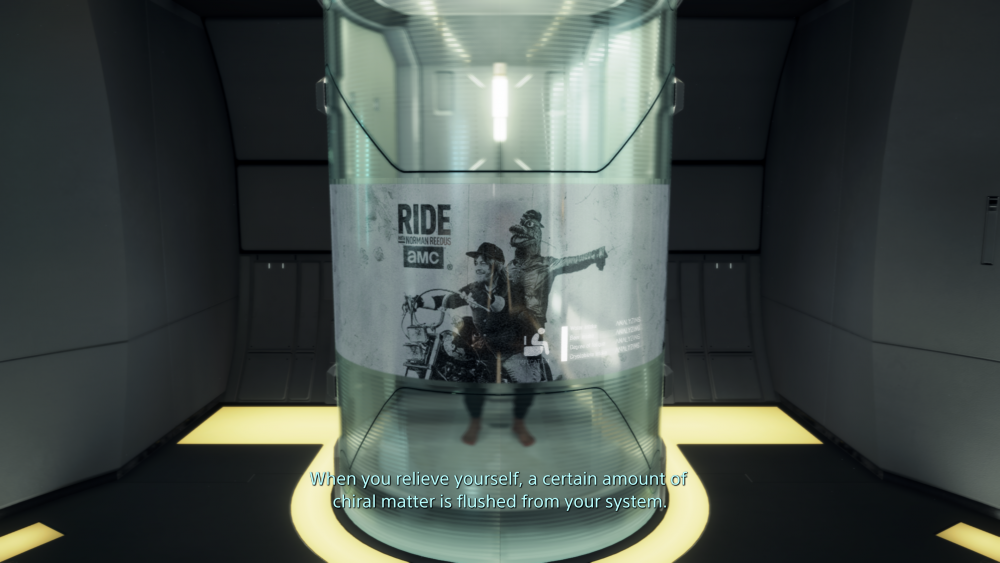 Every moment of dialogue is laugh out loud funny. I’m not a statistician but I’d say maybe 100% of the cutscenes ended with me doing the jerk-off motion?

When an adviser to the president wearing a skull mask introduces himself as Die-Hardman, you have to laugh. When a character named Deadman explains that he has that name because he’s interested in death, you burst out laughing. When characters won’t stop fucking calling you over your codec to remind you of shit they just told you literally thirty seconds before, you giggle in disbelief. The seriousness of a scientist telling you that your shit can be turned into a grenade is so strange. And the fact that it’s all wrapped up in a weird anti-social media and anti-abortion theme is… okay, that’s just weird. It’s a weird theme.

But to give Kojima full credit, the scenes that – I think? – are intentionally funny are also funny. Seeing Conan O’Brien is supposed to be funny and it is funny. Deadman’s little jokes are charming. There are actual bits that work in the game and what sucks is that I don’t want to spoil them because they’re some of the more sensical moments in the game that are worth discovering. Anyway, be on the lookout for Mario and Princess “Beach.”

Now, you might say that this is just Japanese storytelling. The Yakuza games are both serious and ridiculous at the same time and those are great, right? Yes. You’re right. Japanese games do a far better job of mixing drama with slapstick. But on some level, Yakuza knows how to balance. The funny moments are a breath between the drama. They lighten the load. 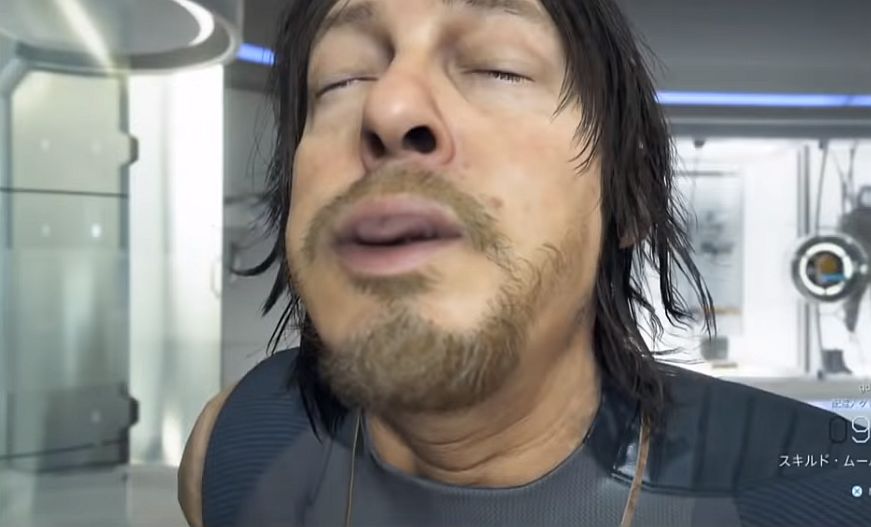 But here, the funny moments stop the game so hard they feel like a car crash. Whenever Kojima throws a joke into the mix, the entire game screeches to a halt. Rather than taking a breath, it’s like being punched in the stomach and having the wind sucked out of you. You don’t know what to do because it’s so confusing. Which is itself pretty funny.

You could dismiss these as more of Kojima’s sense of humor, but come the fuck on. It’s product placement. This isn’t Wayne’s World. It’s not a commentary on product placement in media. It’s just fucking product placement. And it sweeps everything serious about the game right off the table every time Sam Porter Phoebe Waller-Bridges takes a break. Because America can’t be totally disconnected and have mass produced brands. It’s just too stupid. And I love it so much.

There’s also the gameplay. Oh, the gameplay. It works! It’s not buggy! It’s just so ridiculous. Sam trudging across mountains with a giant stack of boxes on his back is one of the funniest images in gaming. Let alone the fact that you’re constantly told that Sam Strand the Delivery Man is the only good porter in the business and then find dozens upon dozens of useful objects left behind by other players. Every moment you’re supposed to be overwhelmed by the solitude of our disconnected society is interrupted by thirty signs left behind by other players. Also, I’m really glad that Kojima saw the crying babies in Yoshi’s Island and thought, “Yeah, let’s bring that back. If there’s anything to learn from that game it’s that crying babies work.” 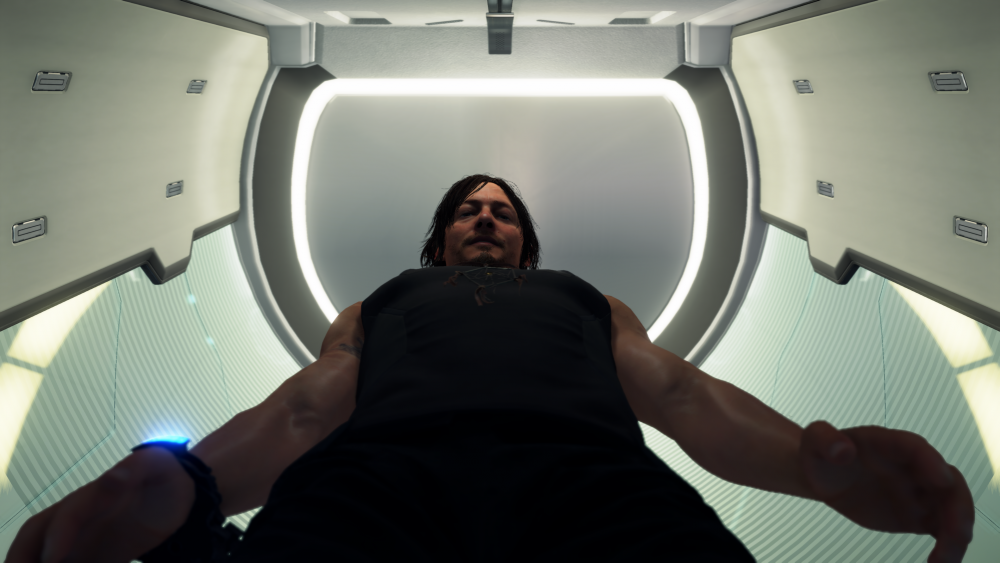 The delivery system in Death Stranding is probably the best metaphor for the game itself. Characters with high expectations ask you to carry a massive load, and then you immediately fall over and have to coddle a crying baby. The baby in this being me, the player. 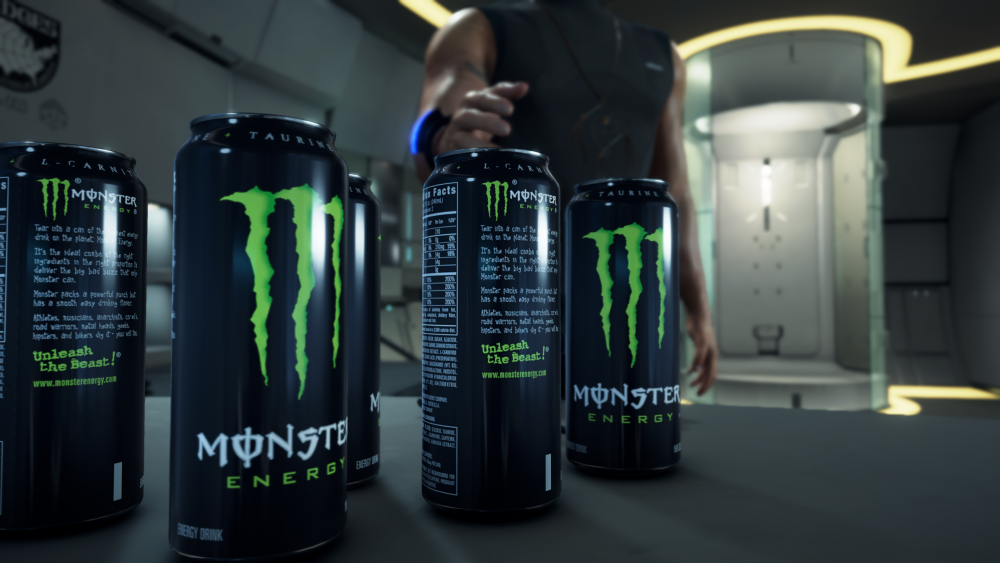 People angry at the game were unfairly expecting something brilliant from the man who had a half-naked woman in Metal Gear Solid tell her entire life story after being shot in the lungs. People who love the game are upset that not everyone is enjoying spending doing the same basic gameplay loop for 60 hours and then being told to fuck off by the ending. The vitriol from both sides is amusing because… guys, it’s just a fucking video game. It’s art, but all video games are art. You don’t need to justify it to enjoy it.

There’s nothing that deep about Death Stranding. It’s the Donnie Darko of games. The story is obvious, and the aspects of its world building that are confusing are only confusing because they’re hidden behind cagey dialogue and annoying acronyms. The BTs or BBs aren’t confusing so much as confusingly explained. Understanding what’s happening or “what it’s about” isn’t that hard. And the fact that we really want there to be is the funniest part of all.