As Blanche Dubois said: in the South, you can always rely on the kindness of strangers. Here’s what to do with the “Fundraiser” in Red Dead Redemption 2, including what happens if you choose to donate the $20 to the woman.

This Stranger mission is available straight from chapter 2 of the game, when you’re camped at Horseshoe Overlook near the town of Valentine. To start it though, you’ll have to travel quite far to the southwest, to the big city of Saint Denis.

The capital of Red Dead Redemption 2’s huge map, Saint Denis is loosely modelled on the real-life city of New Orleans, with french influences and a similarly bayou-filled surrounding area.

While this short quest isn’t too tough to complete, it’s rich in lore, and has consequences that reach past the end of Red Dead Redemption 2’s main story.

To start Fundraiser, you need to head to the northwest corner of the city of Saint Denis. If you’re coming here in the early game right when this Stranger has unlocked, that’s probably the way you’re coming anyway. 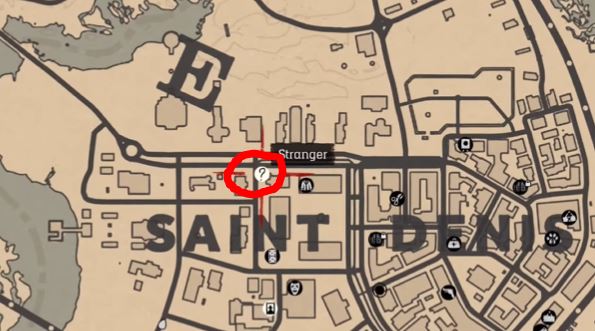 On the corner of the street, next to a cannon and close to the tailor, the woman will call out to you as you pass.

She says that she’s fundraising for an expansion to the Quincy Harris Memorial Hall in Saint Denis.

You can get a cigarette card of Quincy Harris, which explains that he was a confederate general from the fictional state of Lemoyne. Although he looks more like Ulysses S. Grant, Harris shares similarities with many generals of the time.

The woman will then ask for $20 as a donation.

This is a pretty high price early on in the game, so take a look at our guide on how to make money quickly in Red Dead Redemption 2 if you’re short.

Donating will give a boost to your honor, which has a whole variety of bonuses that you can learn about here, including discounts at shops and unique outfits.

Alternatively, you can steal from the donation box to decrease your honor and attract the attention of the local constabulary.

If you choose to make a donation you will be able to come back to the completed building during the game’s epilogue and see Arthur’s name on the plaque outside the front door.

There are more Stranger quests that you can complete in chapter 2, including The Smell of Grease Paint.

For a less structured diversion from Red Dead’s main story, here’s how to collect and store perfect pelts.