There are ten Rock Carving locations for you to visit throughout the Red Dead Redemption 2 map, most of which are high up in the more mountainous regions of the western United States – here’s where to find them. Would-be mountaineers and sculptors rejoice, you can combine your two hobbies at last by tracking down each one and claiming your unique rewards.

You can trigger the Stranger side-quest that sets you off in search of the carvings by speaking to Francis Sinclair, who’s minding his own business in his house to the northwest of Strawberry in West Elizabeth.

This will give you the “Geology for Beginners” quest, where once you’ve located a Rock Carving, you can head to a post office and mail the directions to Sinclair. 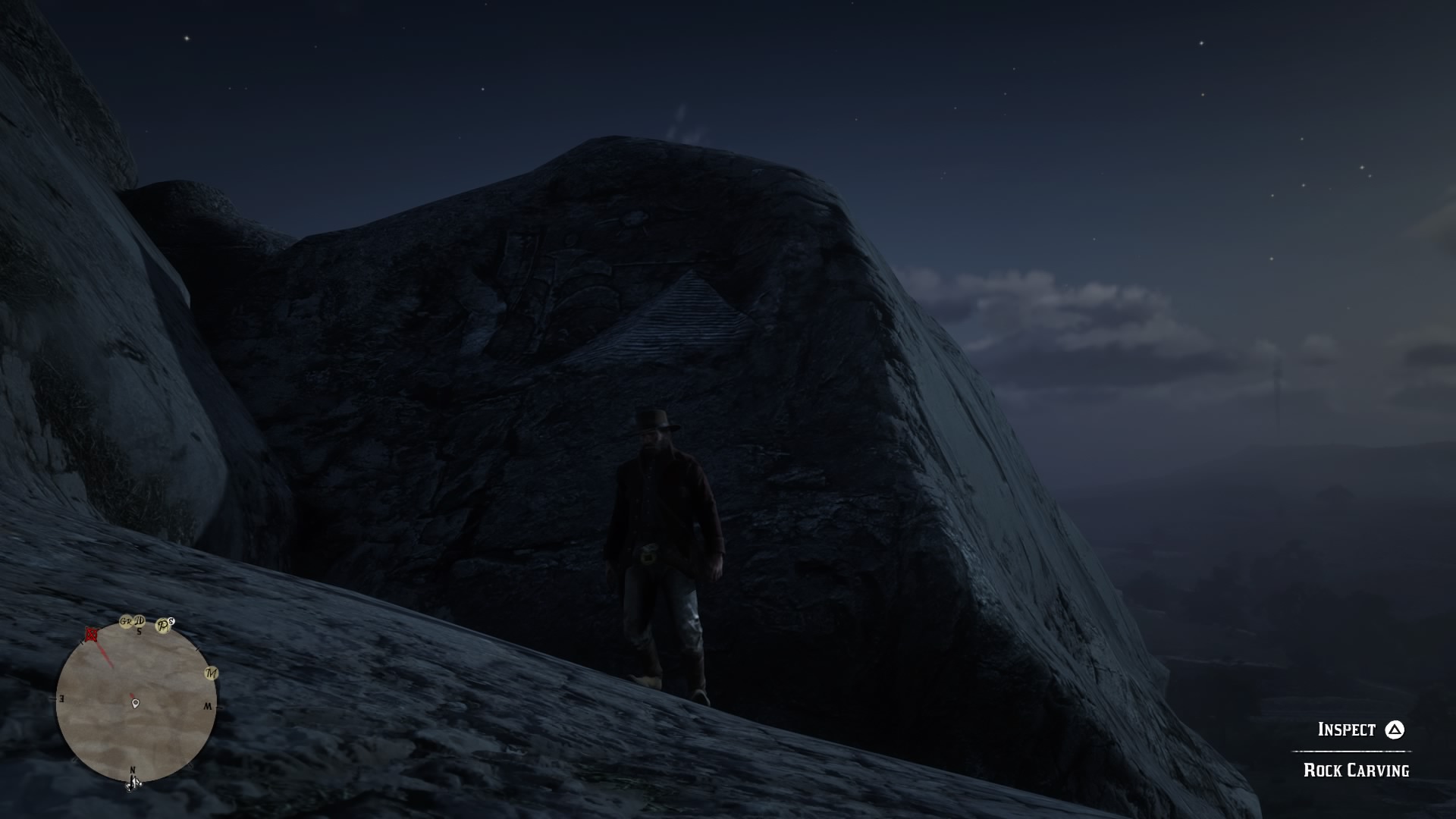 With the other search quests in RDR2 – like the dinosaur bones, cigarette cards, and dreamcatchers – you get unique rewards pretty much straight away. But with these Rock Carvings, you need to find all ten to get the top prize: the Old Brass Compass.

This compass is needed to craft the powerful Raven Claw Talisman which slows the rate that your weapons degrade by 20%.

Once you’ve got all of those sorted and claimed the Raven Talisman, why not try and track down the Legendary Animals and Legendary Fish.

If you need some extra firepower to take them down, why not take a look at our guide to the best weapons in Red Dead Redemption 2.

And when you’re done with all that, here’s how to make sure you get a perfect pelt every time