Earlier this month, Activision’s behemoth FPS Call of Duty launched on mobile for the first time, although the absence of COD Mobile controller support has marked a distinct difference between this iteration of the franchise and its predecessors.

After just three days, COD Mobile surpassed 35 million global downloads, despite the fact that Activision dropped COD Mobile controller support a single day after launch. Fortunately, there actually is a way to hook up a controller to COD Mobile, which will save you the hassle of having to fight with a touch screen that’s not interested in working with you half the time. It’s not easy though.

In order to play COD Mobile with a controller, you have to play on a PC. Forbes reported that Tencent, one of many very rich capitalist overlords in the games industry, recently launched the gameloop.fun Android emulator, which can reliably run COD Mobile.

So if you install the emulator on your PC and download COD Mobile, you can easily play with a mouse and keyboard, which is a bit unfair on your poor opponents who are obviously at a severe disadvantage. However, although setting up mouse and keyboard is easy as, making the controller compatible with the emulator requires a bit more legwork.

First, you’ll want to enable controllers in the emulator’s settings, which should appear on the right-hand side of the screen. Once that’s taken care of you can start mapping buttons, which, for some reason, is not even remotely as simple as button-mapping usually is. But if you really want to play with a controller, you can press on and sort out the controls based on personal preference. 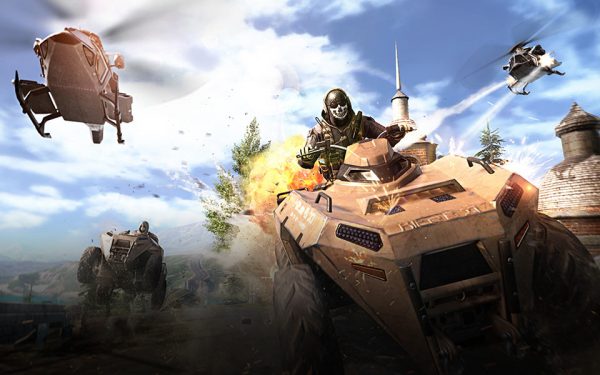 Once your controller is emulator-ready, you can dive into COD Mobile with a PS4 or Xbox controller, and can subsequently play it using whichever of the two you like. The only catch is that you’re actually not playing the mobile game on a mobile phone, which sounds a bit silly but is the only way to play with a controller at the moment given that the Android/iOS app still doesn’t support them.

If you’re a more traditional COD player and are planning on picking up Modern Warfare this weekend, you can check out our tips here.