Anthem is out. I think.

I haven’t consulted the spreadsheet lately, so it’s possible that Anthem is not out. Or it’s only out for Premium Extra Spicy subscribers or something. Maybe it’s been out for months and won Game of the Year at the Mountain Dew Players’ Festival which I just made up but fear could be a real thing.

On second thought, does anyone know if Anthem is truly out? If a triple-A game falls in a market and nobody’s there to hear it because they’re busy playing Apex Legends, does it make a sound? These are the things philosophers will debate for centuries.

Plenty of outlets have already covered the problems with Anthem. Or, if you’re Mike Ybarra, plenty of outlets have “whined” about Anthem. Ybarra makes a fine argument: it is quite unfair for news outlets to talk about a game’s problems while showing footage of those problems. Who do these journalists and critics think they are, journalists and critics?

What people haven’t discussed enough is that you don’t have to play Anthem.

I’m not saying you should stick it to the man by not buying Anthem. That’s true and obvious; it’s good to not buy bad products made with bad business practices. Nobody’s saying otherwise.

What I’m saying is that you literally have no requirement to play Anthem or any bad game.

You may be thinking, “This is not an original thought.” And you would be so correct! Not playing a video game you don’t want to play is, in most countries, completely legal. Yet then why do we treat every release of a game like Anthem as if we’re slouching towards a product that we’re not even sure we will enjoy? Why do we shrug and say, “Ugh, here we go again?” while being the ones with the sole power to decide whether or not we do, in fact, go here again? 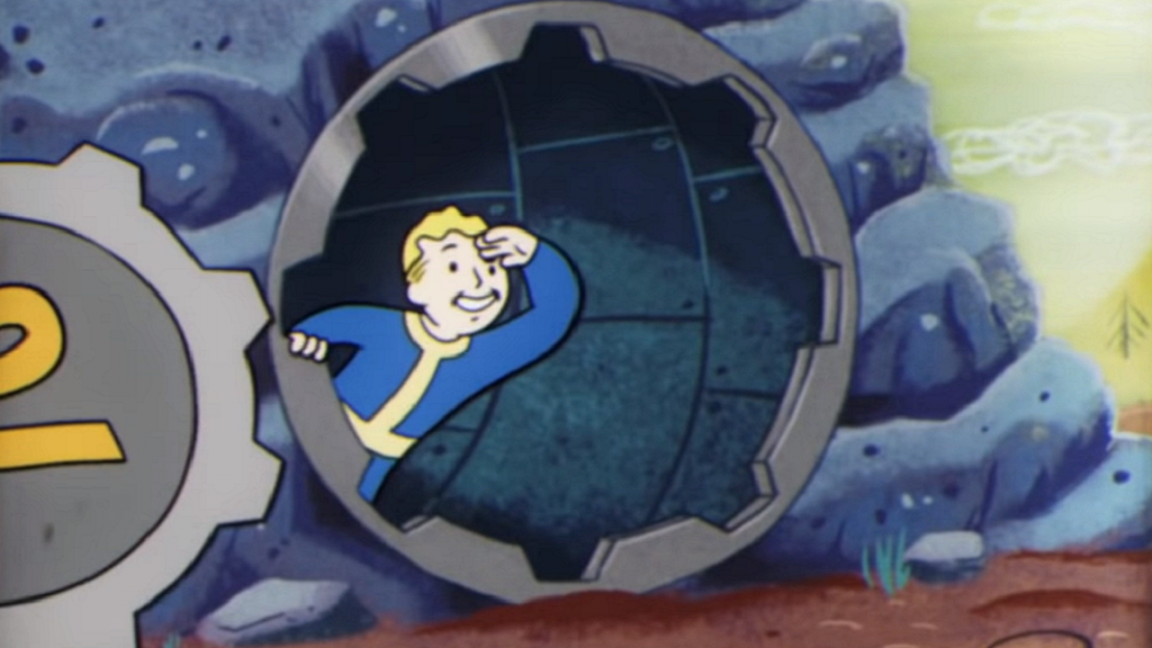 When Fallout 76 was announced I interpreted it as a punishment despite me having no actual obligation to play the game. “Well, a multiplayer shooter without much of a story doesn’t sound very Fallout, but I’m a fan therefore I must play it or I am not a real fan,” my idiot thinking went. I bought it at full price, days before most stores were basically giving away for free if you promised to never speak of this again.

Diablo 3. SimCity. No Man’s Sky. Yes, all these games were fixed (or in the case of SimCity, somewhat kind of almost fixed) later, but they also all felt like complete social obligations to buy right the fuck away! If you’re not playing the game that everyone else is playing, are you even playing games? How are you going to relate to your friends if you’re not grinding for fictional bullets with fictional bonuses for your fictional gun?

FOMO is a hell of a marketing technique. Going back to the Anthem spreadsheet – what do you think that was intended for? Companies are granting early access to cool streamers and fun YouTube personalities with the underlying message that “if you just paid a little more money, you can game early with them!” Early Access becomes a privilege – this game isn’t broken, it’s in progress! You’re just at the ground floor! Get in it now before someone else becomes a star!

It also works. We tell ourselves that we’ve been burnt before by other bad pre-orders, but this one – oh ho, this one! – at least will be different. Or because a game like Destiny 2 was eventually fixed, this game will eventually be fixed, thereby justifying full price for a half-completed game. Again and again, publishers paint a tunnel on a brick wall and we run straight into it like a fucking cartoon character.

None of us need to be doing this. 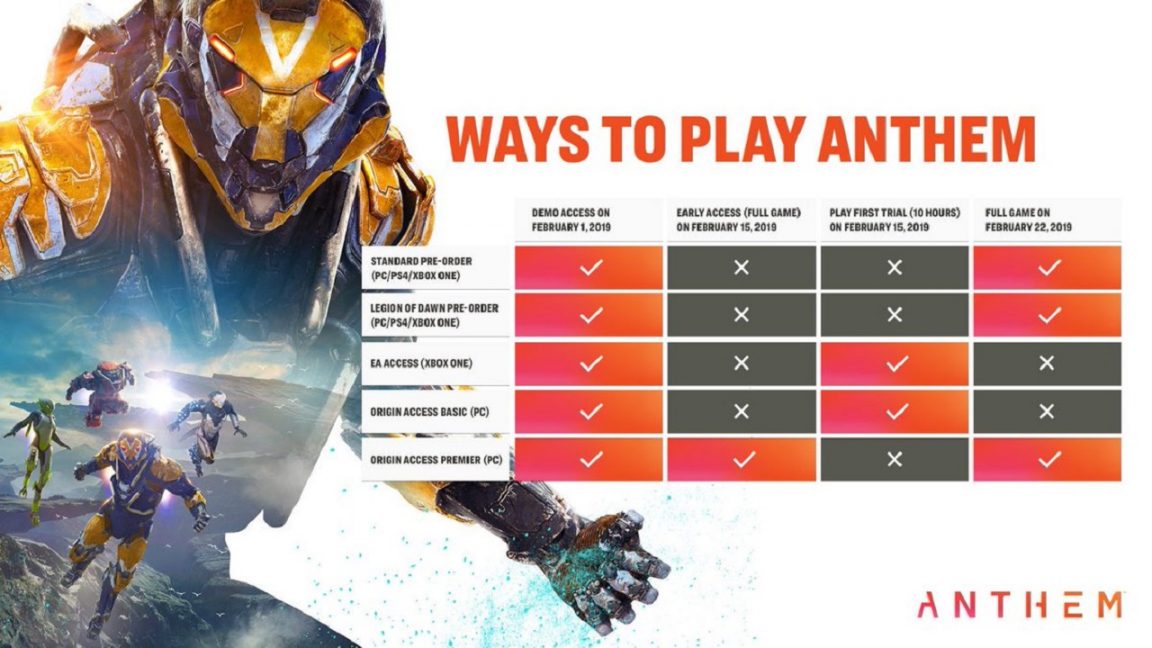 There is no ground floor to a bad game. There’s no reward for giving a publisher full price for a broken experience. You’re not a better fan for putting up with a bricked PS4. Nor are you going to be left behind if you only start playing a game after it’s fixed. No Man’s Sky is a better game now than it was two and a half years ago; it’s also a quarter of the price.

And, look, if you’re enjoying Anthem, that’s fine. It might itch your specific scratch or the major issues affecting some players don’t bother you much at all. You also have the right to enjoy whatever game you want. In fact, all the more power to you – in an era in which everything is a 100% Game of the Year or a 0% Worst Product Ever, it’s nice to sometimes just embrace a product for what it is and enjoy it despite the flaws. This post is sponsored by Crackdown 3.

That said, putting up with those flaws doesn’t build character or make you some morally superior player. I’ve played and enjoyed broken games too. I am a sad person who hates himself; of course I’m going to be the type of person who buys things after being assured, “No, no, no, this one will actually work on day one.” I’m the target demographic for publishers that want to rip people off. But being that person doesn’t make me a better fan. It makes me a sucker.

None of us have to do this.

None of us have to treat the release of a hyped game with fear and trepidation. We don’t have to tell ourselves that by paying full price, we’re investing in the future possibility of maybe possibly potentially one day having fun. Chances are, none of us are becoming streaming stars in 2019 because we bought the right game right away. And paying to be part of an early access club isn’t an honor – it’s us spending money for the privilege to do Q&A work.

This is all obvious. 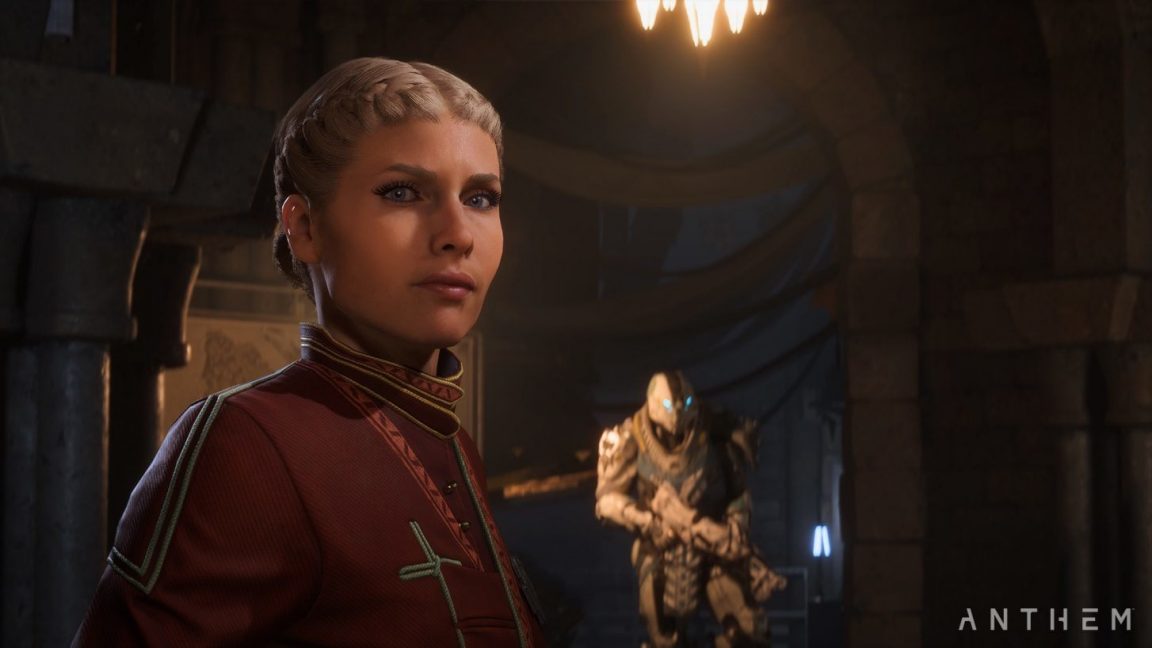 This has all been said before.

Of course, only the people who release bad games are responsible for bad games. If you just have to own a new entry in a series, you’re not a super villain for picking it up warts and all. We all get swept up in the wave of major releases like Red Dead Redemption 2. Knowing a day one purchase is bad is different than the deep yearning need to fill the vacuum of our lives with something shiny that nobody else owns yet.

If you want to buy Anthem, buy it! You absolutely have the right to enjoy whatever you want to enjoy. But none of us needs to buy Anthem. None of us are required to play games we don’t want to play – no matter how many jealousy-inducing parties companies throw to influence the influencers. Games shouldn’t be an obligation, and forgiving their flaws shouldn’t be a rite of passage.

You’re not less of a fan for waiting until a game is good to play it. In fact…

[This article will be finished later and improved upon based on feedback from you, our founders].