Battlefield 5’s first major patch is days away, and DICE has revealed early details about some of its biggest changes.

The Battlefield 5 December patch launches on Tuesday, December 4. The update’s highlights are the new Panzerstorm map, practice range, new War Story, and of course the first chapter of Tides of War: Overture.

But the update is also bringing with it a host of bug fixes and balance changes – documented in a dozen or so pages of patch notes which will be revealed closer to release. Until then, DICE has taken to Reddit to outline a few of the elements worth highlighting early.

Though DICE isn’t making any specific changes to TTK and TTD in the patch, the developer explained that it wants to be careful when reacting to feedback about this topic. For one, it wants to separate perceived low TTD – such as that caused by netcode issues (damage stacking) – from actual problems with weapon damage/player health in the more traditional sense of TTK.

To that end, DICE is working on a first pass that will enter testing soon, but the developer is still undecided on how to involve the community in the process. It’s looking at a number of ways, including creating specific servers or playlists with updated TTK for players to test before they’re rolled out to the larger community.

The December update will make the process of getting revived, and reviving other players much smoother. DICE worked on reducing the input delay players get after getting revived, and the same goes for Medics doing the reviving. This should make getting back to the fight quicker and less clunky. 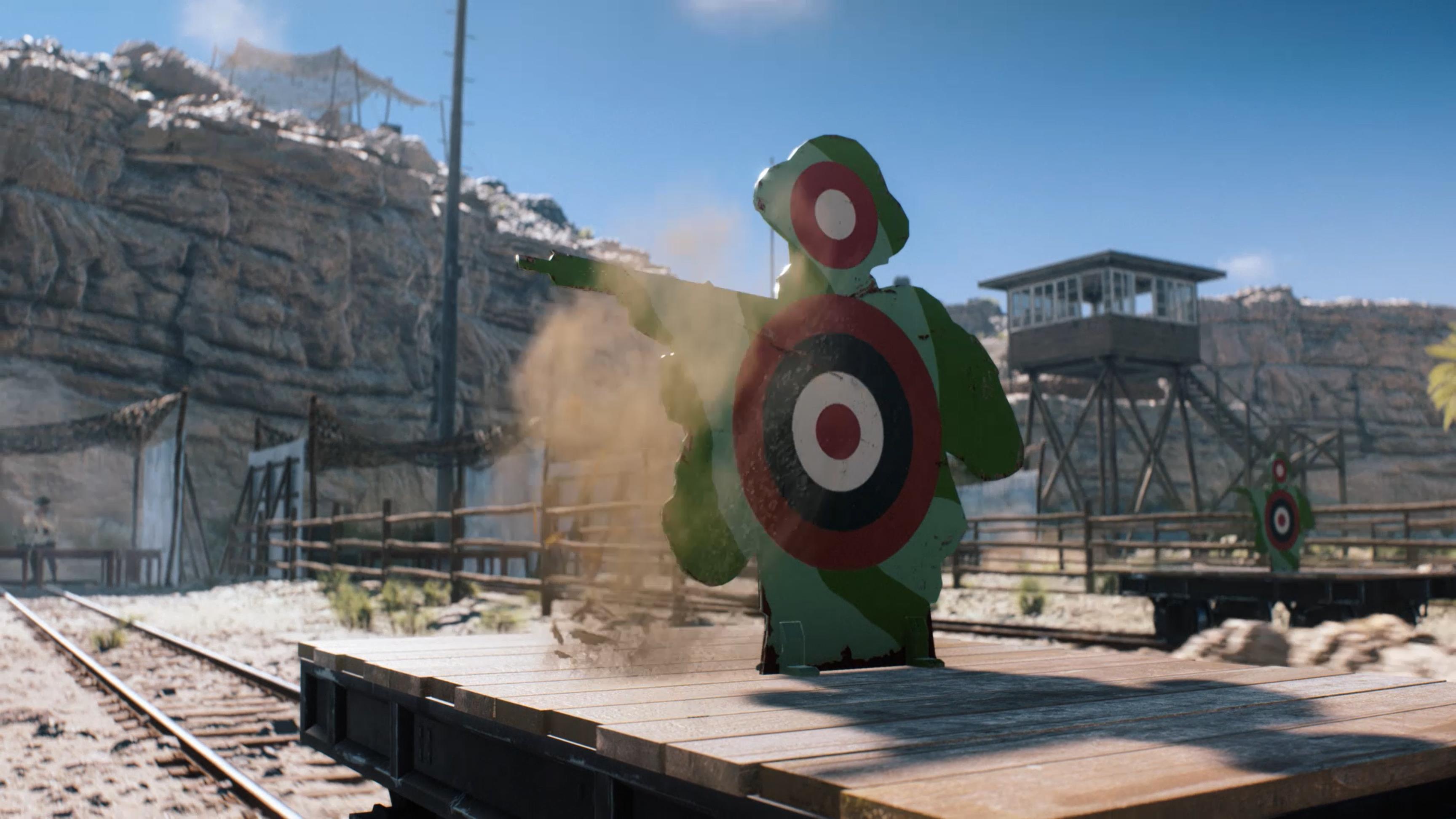 As it stands, Medics are the most under-equipped of the four classes when it comes to medium and long range combat. DICE is increasing SMG performance at range across the board, especially for ones with a slower rate of fire.

In practice, this means faster muzzle velocity and less bullet drag (drop). This also means the five-hit kill range has been extended to 30 meters from 25 for all SMGs, and their stationary aimed fire is now more accurate.

DICE is aware that reaching the max rank cuts off a large portion of Company Coin income, and it’s fixing this. The developer is also working on a way to retroactively award players who reached max rank before the update with extra Coins, depending on their playtime. Details about this will be released when the feature is ready.

The December patch will make it easier to apply skins to weapons with a new ‘apply all’ feature. As for having loadouts sync across factions, this sadly won’t make this next update, but it’s something being worked on.

Airlifts, a collection of rewards deluxe edition owners were promised, will be detailed in a blog post soon. Another vague feature discussed before release that’s yet to materialise is the ability to drag downed teammates, something DICE is still unsure if it’s possible.

The developer also posted more detailed balance tweaks for weapons, which we’ve rounded up below.

This is obviously not a comprehensive list, as the update includes more than that, but it’s what DICE decided to share today. We’ll be bringing you more coverage of the patch as soon as more details are made available.