Alongside a new dungeon mode and Exotic weapons, a new PvP mode for the Crucible, called Breakthrough, was released with the weekly reset in Destiny 2: Forsaken.

Breakthrough is a 4v4 match where the aim of the game is to successfully hack the enemy’s fault. It will be added to the rotating Competative playlist in the Crucible. 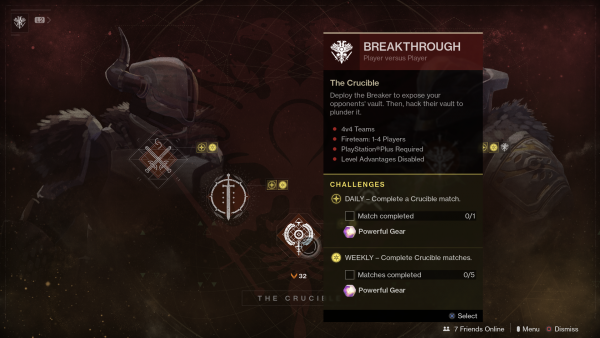 There are two clear phases in each round. Players will first be required to capture a central zone and deploy a Breaker. As it’s deploying, the zone can be contested by the other so you’ll either be on the offensive trying to claim it for your side or be defending a member of your party to keep control.

Once the Breaker is deployed, you can then use it to hack the enemies Vault. If you successfully hack their fault, you win the round. If you fail to hack the enemy team’s Vault within the time limit, you lose.

Sudden Death will occur if you’re still in the process of hacking a team’s Vault and will end when either you successfully manage to do so or the enemy wipes you out, undoing all your progress. 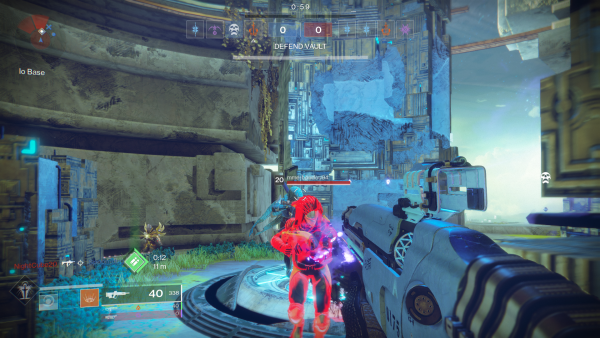 The map is close quarters, so it can be quite a full-on battle and a bit frantic at times. The radar helpfully gives you a nudge in the right direction of your enemies, so you can either plan an attack or defence strategy quite quickly.

Breakthrough is currently part of the Weekly Playlist until October 2, when it becomes part of the Crucible’s Competitive Playlist rotation. This is the second 4v4 multiplayer mode to be introduced with the Forsaken DLC as we’re sure you’re all familiar with Gambit by now. Those who own Destiny 2: Forsaken will also be able to play Breakthrough in private PvP matches now, too. 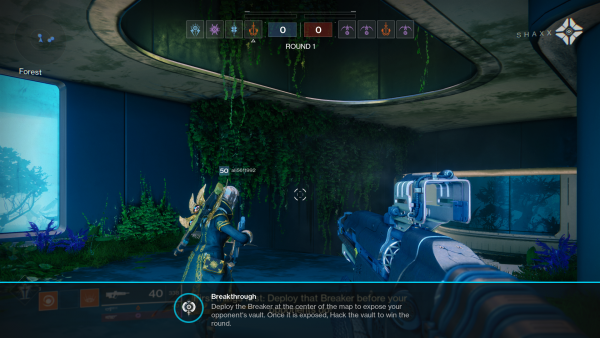 There are four maps available in Breakthrough, which are Equinox, Firebase Echo, The Citadel and Convergence. PS4 players will also have access to the Gambler’s Ruin map. Each map is a little different but it’s worthwhile considering taking a few close-quarters weapons in with you and using Supers like the Titan’s Sentinel Shield or Warlock’s Well of Radiance when your team are defending their position.

Happy hunting and remember, the Crucible is no place for mercy.

For all things Destiny 2: Forsaken, head over to our ultimate guide.