Clan Redeem was the first clan to finish the Last Wish raid and upon doing so unleashed a curse on the Dreaming City that will affect the map from now on.

The Dreaming City and all it has to offer has already been altered. It was designed with the idea of changing over time in mind, and quite how it will continue to change is anybody’s guess.

New activities and mysteries have emerged since the raid was completed, so let’s take a look at five of the most important changes to the Dreaming City in Destiny 2: Forsaken. If you haven’t progressed this far in Destiny 2 and don’t want anything spoiled, consider this your obligatory spoiler alert.

If you’ve loaded into the Dreaming City since Saturday, you would have been welcomed by a short cutscene. The city’s best-kept secret was the last known Ahamkara, Riven, who was behind Uldren’s delusions. As she is a mythical beast, she transcends death so is still an active threat in Destiny 2: Forsaken, despite destroying her heart.

Upon her death, she granted one Last Wish: for a curse to be unleashed upon the Dreaming City. As such, the Dreaming City is now Taken. If you look at any of the Awoken buildings, you’ll see a dark matter emerging from the walls, showing that the curse is creeping in. Right now it’s subtle, but it can be assumed over time that the Dreaming City will likely become darker and darker, and given that the content of the Dreaming City is supposed to work on a three-week rotation, we might see more changes sooner than you’d expect.

The Corrupted Strike is now available for all players. It’s in the top right corner of the Dreaming City map and is one of the most enjoyable strikes to complete. It’s quite lengthy and regularly switches between locations on the map and areas on the mysterious Ascendant Plane, as well as alternating between the ethereal Taken enemies and the Scorn.

Orbs play a bigger role in these strikes as well as more hazardous environments; a message will often appear instructing you to watch out for flying debris and we suggest you listen. There’s also a bounty from Petra Venj tied to this strike so there’s plenty of reasons to give it a go. 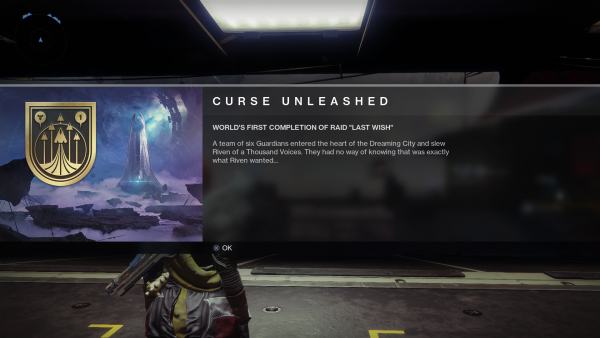 At the end of the Tier three event, a chest won’t spawn as usual, and you’ll have the opportunity to feed the Unstable Charge into the spire at the centre of the well. Doing so will begin the next phase.

It won’t have you fighting waves of enemies. Instead, it will begin with a Boss encounter that is much harder than you’ve likely encountered elsewhere unless you’ve had a few dozen tries at the raid. Rather than use orbs to bring down enemy barriers, you’ll need to time your shots at the various Screeb scurrying around. Shooting at them will cause them to explode, so make sure they are in range of the Boss to bring the barrier down.

The loot drop at the end is worth it as it’s essentially raid-tier loot, ranging from Power level 550 – 557, so it’s definitely a good way to gear up if you’re planning on tackling the raid soon. However, you can only complete this once per character, so you can’t grind this event for more top-shelf gear.

A new Gambit map has also appeared, the Cathedral of Scars, which is set in the Dreaming City. It makes for a far more elegant setting, what with the stunning Awoken architecture and strategically brilliant layout. For those who sink a lot of hours into Gambit, it’s a welcome change of scene.

It’s obvious that the map caters to every skill set and play style, with enough protected yet raised levels for snipers, enough coverage for duck-and-run and is considerably larger in size, with wide open spaces for you to wield your Super. 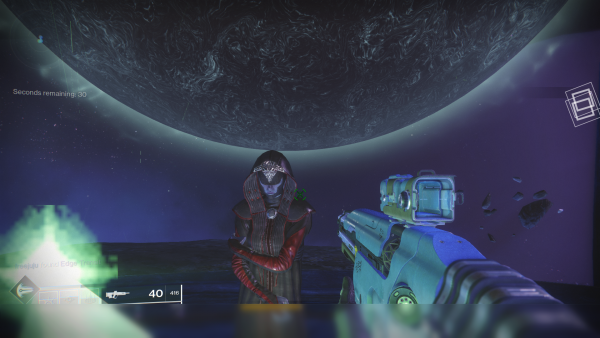 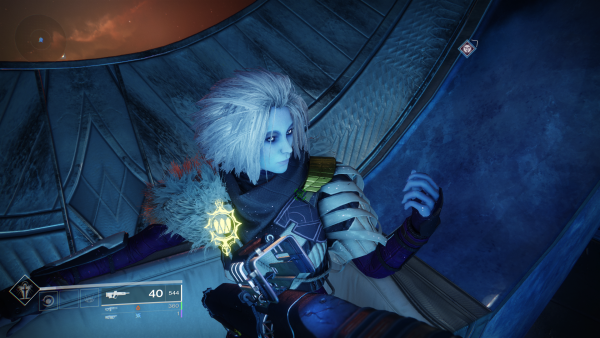 The Awoken Queen, Mara Sov, has returned to Destiny 2: Forsaken and the current Gateway Between Worlds bounty has you meeting her in a throne room where she will gift you a Seed of Light. The Queen’s presence in the game has increased over the last few weeks and the portal to her throne room is still open, so she’ll no doubt be visiting the Dreaming City soon.

There are new patrols and a new mission to complete on the Dreaming City. Speaking to Petra Venj will allow you to pick up the new Broken Courier mission which, upon completion, will reward you with more powerful gear. Keep in mind that the loot dropped in the Dreaming City tends to be more powerful, so if you’re still on the hunt for more Power, we recommend heading there.

There are also new patrols dotted around the map, this time given to you by the Techeuns, not the Corsairs. There’s one in the Divalian Mists, called “Field assignment: Pilgrimage”, which sends you off to explore various locations and learn more about the Awoken.

So, those are the biggest changes we’ve seen in the Dreaming City. If there are any you think we’ve missed, drop us a line and we’ll add it to our list. As previously mentioned, the Dreaming City works on a three-week rotation so the next few weeks should be very interesting indeed.

Bungie has released more details about its upcoming Festival of the Lost which will feature a Haunted Forest, a quest to find Master Ives and a costume party!