After a successful stint as Sony’s masters of horror over on PlayStation, Supermassive Games is going multiplatform – and it’s doing so with a game that’s at once very familiar and very different to everything it has done before.

Man of Medan is the UK studio’s first new project with third party publisher Bandai Namco, but this isn’t just one new horror game from the makers of Until Dawn.

Instead, Man of Medan is the first in an anthology series of horror games – shorter, more bite-sized releases than Supermassive’s PS4-exclusive work but no less polished or visually impressive. The studio is shooting to release two of these unique, separate anthology experiences a year, with each falling under the broader banner of The Dark Pictures – an appropriate name indeed for Supermassive’s jump-scare driven brand of B-movie horror.

A little while back VG247 got to sit down with Supermassive boss Pete Samuels to discuss the studio’s new partnership with Namco and it’s new journey into the world of anthology – but crucially, not episodic – gaming. In our chat we touch on the reasoning behind the switch, excitement about finally reaching Xbox and PC players, and potential for this franchise to go anywhere – even to space.

“We’ve got enough material, I think, for about 800 years. That’s not a commitment, by the way!”

Pete Samuels: I mean, the first thing that’s very different is… and it sounds a little bit bold to say it, to put it this way, but it’s the delivery format. It’s the fact that it is an anthology and that we’re aiming for two games every year, to build a community around that and serve that community in as many ways as we can. I think that’s part of it. It’s what we wanted to do, and it’s really why we felt Bandai Namco was the right partner for us, because it’s what they want to do as well. We really do want to create and encourage and maintain an audience, a fanbase around this. We haven’t really been able to do that with a couple of the things we’ve done. And so that’s really the first key difference.

There will be other things that are announced as we go forwards, and I don’t want to spoil those today, mainly because we want to focus on that first point. Like, it’s an anthology, what does that mean? Well, for one, they’re stand-alone games. They’re not episodic. With that said, they are in the same universe, but the stories aren’t connected… stuff like that.

VG247: So you mention Namco being the right partner – what is it you feel you’re getting from being partnered with them? Also, you’re coming off the back of a successful partnership – was that difficult to leave behind?

Samuels: Well, we haven’t left that behind! Sony are still a very good, close partner for us. So we haven’t left anything behind, we still love working with Sony. But now, we’re enjoying another relationship with Namco, which has been absolutely great. One of the big things that we get from a publisher relationship is that it keeps us honest as developers. It’s very easy as a developer to, er, be excited by your own hype and believe you’re doing the right thing…

Samuels: Absolutely right. And what you need is – I mean, we have mechanisms for it in terms of user testing and so on, but it’s really useful to also have another partner there that’s got skin in the game that can call you out on stuff that’s not working and challenge you on it. That’s great. Namco have been really brilliant, really good at that.

VG247: Plus, I imagine you feel there’s been a gap in the market for games of this type on non-PlayStation platforms, too.

Samuels: That’s very exciting for us – massively exciting! To be able to broaden the audience, to reach people that previously haven’t had the opportunity to play what we create. I think any creator actually wants to get their stuff in front of as many eyes as possible, have as many people as possible enjoy it. So yeah, that’s one of the big things about this project that we’re buzzed about. 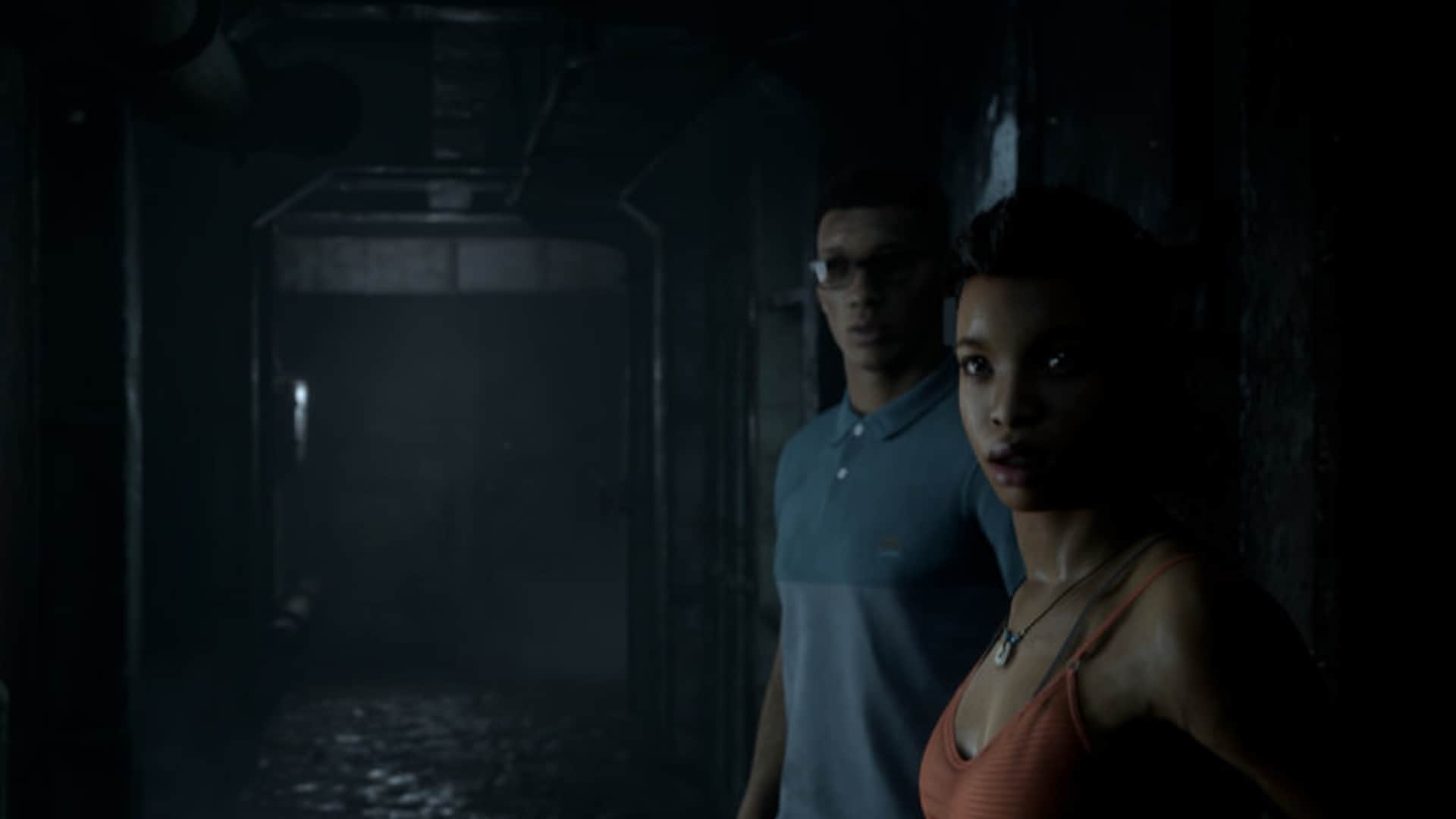 VG247: So, let’s talk about the fact this is an anthology for a second. You mention that they’re not connected – fine – so does that mean decisions won’t carry over? Or could there be an impact of a very large-ranging decision, potentially? Are you leaving the door open for that?

Samuels: It’s possible. To be honest, it’s one of a number of things we’re looking at regarding how to convey that while the games aren’t episodic, they’re not connected in that sense – to convey that they are in the same universe. Right now, I think we’re going to very much focus on a couple of things – one of them being more about easter egg type things to connect the games together.

The difficulty that we’re struggling with in decisions from one game connecting to another is that it kind of immediately changes the experience of one game for a player who has already played the other. We’re really trying to steer clear of that. What we really want is for the people who don’t come in at the start to not feel prejudiced or disadvantaged by coming in halfway through… but then if they like something about the second or third game, they can go back and get the others.

VG247: I figure that one of the dangers of going anthology format is that you risk players feeling things can be too short or too bite-sized. How are you approaching that, to make sure players feel like they’re getting their money’s worth?

I think in terms of replayability… we’re talking four to five hours – not two hours – per game. So while they’re not nine or ten hours, they’re a significant chunk of time. Of course, we’ve seen the benefit before of the whole concept of what you do and don’t do determining who will and won’t survive. People will replay and replay to get the combination that they want. I was going to say to get everybody to survive, but that’s not what everybody wants. [laughs] Some people just want to kill everybody, or some want to kill a specific character they don’t like very much… 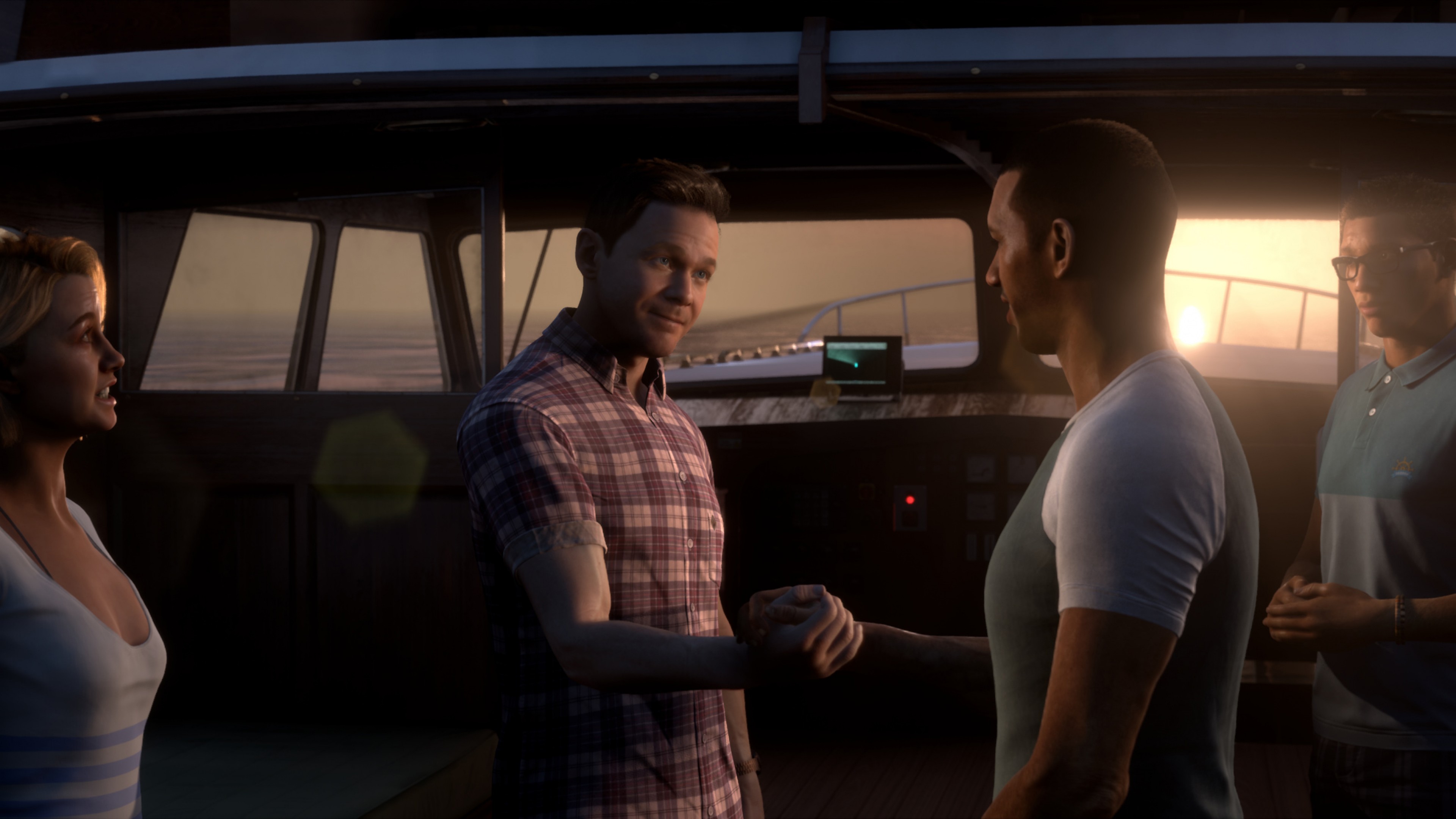 VG247: It’s an anthology, obviously. You can do different stories. How wide are you going to go? Like, I’m sitting here thinking about that and I’m thinking – man, you could do something in medieval times, or in space, or in an alternate universe. Broadly speaking, when you’re looking into the future, is the feeling that you’ll go nuts, or do you want to stick more to the contemporary?

Samuels: Yeah, we’re thinking completely nuts, to be honest. We’ve identified 39 sub-genres of horror that we believe we could have a go at. That ranges from backwoods redneck to creepy kids to paranormal to werewolves, vampires, mythical monsters, psychological – there’s a whole range of this stuff. We’ve looked at them and we’ve even done some small experiments in the studio – like, what happens if we put that with that? You can get really unique stories from that!

If you think of all pairs, all combinations of two from those 39 sub-genres… we’ve got enough material, I think, for about 800 years. That’s not a commitment, by the way! [laughs]

VG247: The second I heard of you guys doing an anthology and realized you might be doing different worlds, my first thought jumped to how you could probably do a pretty mean Alien-style trapped in a small space story.

VG247: Obviously you’re on the big platforms (Xbox One, PC, PS4), but given this is the start of a wider series, are you thinking about smaller experiences? I’m really wondering if we might at some point see a mobile Dark Pictures game, or Switch?

Samuels: We’re very keen to develop the IP in any ways that make sense. What we’re passionate about is telling good stories. If we can discover ways to do that on any platform, then we’re going to have conversations about that. I mean, we have already. Right now we’re absolutely focused on these three platforms and it’s important to get that right first before we start trying to build elsewhere – so that’s our focus for right now.