Battlefield 5 will see the return of Assault, Medic, Recon, and Support classes, all of which are detailed here.

Battlefield 5’s release date is just under two months away, and will restore the Assault, Medic, Recon, and Support classes to their World War 2 variants. While these classes aren’t familiar to Battlefield 1 players, you might be wondering what changes to expect with the new game. Using information from the game’s company guides, we can provide some answers:

Assault
The Assault class is your frontline attacker, useful for leading attacks or clearing out entrenched enemies. They offer a balance of offensive and defensive abilities – they’ll handle well against other infantry units and can exit a burning vehicle and be ready for combat. Assault players are best in close or medium range engagements, but use weapons that lack the stopping power of snipers or heavy firearms. Try to avoid open areas with this class, as it has little defense against long-range attacks.

Each class offers two Combat Roles – one starting, the other unlockable – that include useful traits. For Assault, those Combat Roles are Light Infantry and Tank Buster: 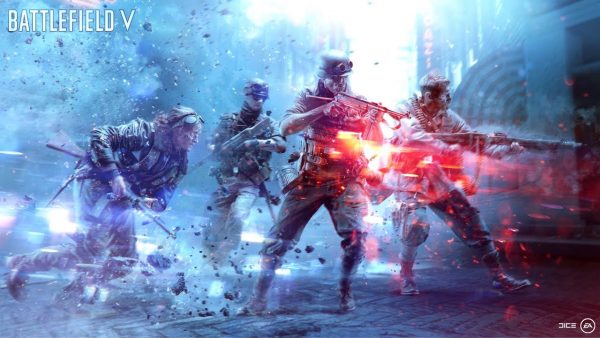 Medic
The Medic class is essential to staying alive under fire. These characters use rapid revives and health replenishing Medical Pouches that keep others from having to respawn. Their primary weapons are SMGs, but are far more valuable in their ability to restore teammates to fighting form faster than any other class. In combat, they’re best at close range.

Recon
Recon players are long-range fighters and intelligence gatherers. They carry sniper rifles as their primary weapons, both bolt-action and self-loading, which makes them dangerous at a distance. They also use Gadgets like a Spotting Scope that inform teammates what’s happening across the battlefield.

Support
Support characters double as the team’s heavy weapon specialists and a mobile source of supplies. They can drop ammo for teammates, lay anti-tank mines, or suppress infantry units with LMG and MMG fire. They’re also useful when it comes to building Fortifications and machine gun emplacements.