With Destiny 2: Forsaken, Bungie is promising a number of major new features we had assumed will be going live alongside the expansion.

Bungie has now updated its roadmap yet again to confirm that all Destiny 2 players will be receiving some of these features a week before Forsaken is live.

Patch 2.0.0, or ‘pre-loading Forsaken’ as Bungie is calling it, will arrive on August 28. This particular patch is bringing the new weapon system that drops the current limitations and allows players to use most weapons in any of the three slots.

Instead of the power/energy/kinetic delineations, you’ll now be picking up three types of ammo, one for each slot regardless of what’s in it. This basically brings back sniper rifles as secondaries, but you can also use it more creatively and run with multiples of the same weapon type in the different slots.

It’s good to be able to see how it’s all going to work before we get busy with Forsaken content. 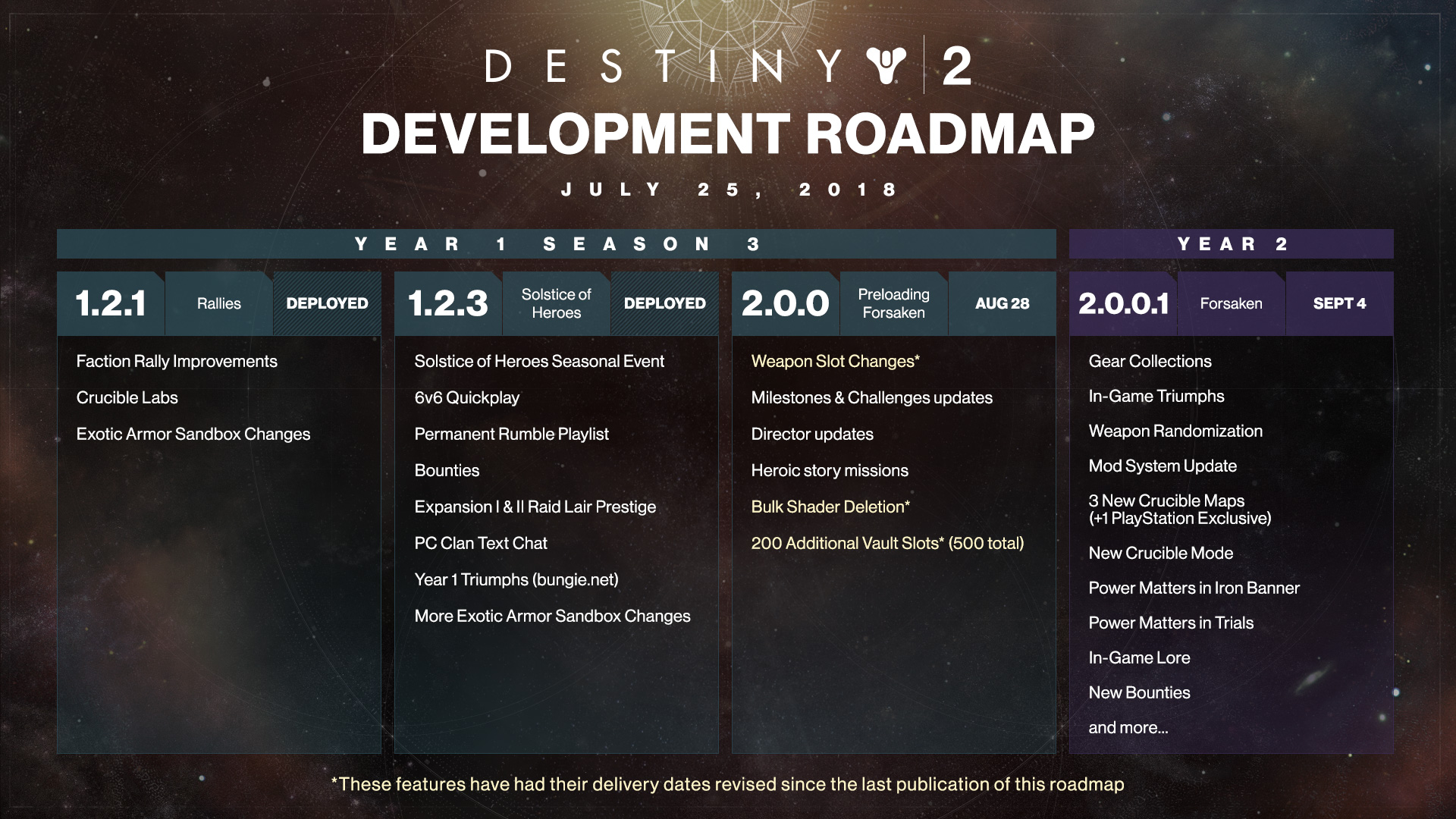 Another great feature coming to all players is the ability to bulk delete shaders, something that many have been asking for practically since Destiny 2’s launch. Finally, the 200 extra vault slots will also be unlocked on the same day for all Destiny 2 players.

A week after that, on Forsaken’s launch date of September 4, patch 2.0.1 will release. This is the one that adds Forsaken content, and officially starts the first season in Year 2.

2.0.1 is he same patch that’ll bring back weapon randomisation, and the updated mod system.

We previously had a look at all nine new supers coming to the game with Forsaken. For everything else on the story, the new enemy faction and the new area, the Dreaming City, check out this page for everything we know.