Did that rocket open up a gap in space and time?

The theories as to what the theme for Fortnite Season 5 will be are well underway ever since a rocket launched and left a massive fracture in the sky above Fortnite’s map.

A fracture that keeps getting wider every day.

There are plenty of theories, ideas and red herrings floating around ahead of Season 5 starting tomorrow. (We don’t think the crack rock theory is likely but it made us chuckle). However, the idea that Season 5 will feature a theme of time travel, or that locations and skins based on history will dominate the battle royale game, are gaining a lot of traction.

There is a massive split across the sky above Fortnite island and it’s growing. What if that gap is some sort of tear in space and time, which we all know from numerous sci-fi shows and movies will likely act as a gateway to different time periods?

The fracture in the sky isn’t the only new oddity on the map. Similar glowing fractures seem to be growing in Lonely Lodge and other locations. What if some of the named locations got a makeover to represent different time periods? 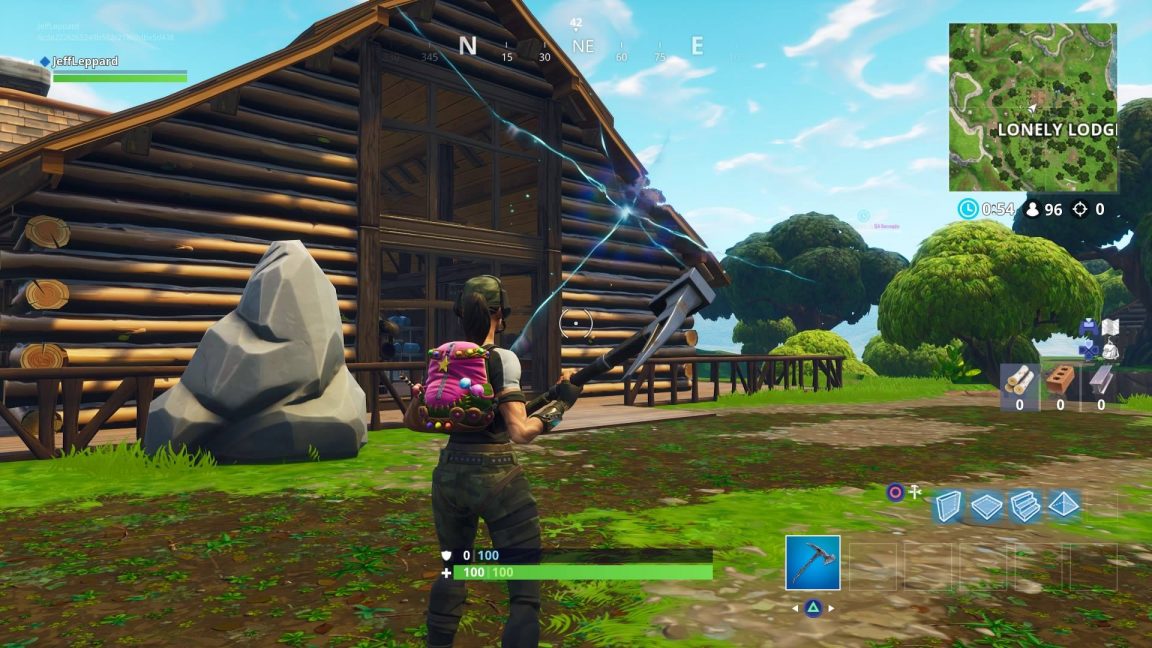 It sounds a little bit like Bill & Ted’s Excellent Adventure, you know, where our lovable heroes travel through time picking up Napolean Bonaparte, Socrates and Billy the Kid. Why do we mention this classic movie? Because of the catchphrase “Be excellent to each other!” A phrase recently used by Fortnite’s creative director Donald Mustard.

The idea that named locations could reflect different time periods doesn’t seem that far-fetched when you look at dataminers who have dug up a number of Wild West themed assets, including a poker table – the kind you’d find in a frontier saloon.

* LEAK * The Time Travelers will bring us back in time!
I present to you "WILD WEST" (I can't show every item since there is more than 200) pic.twitter.com/LoCsZXAzpV

Also watch this trailer for Fortnite’s Playground LTM. The mode might be delayed for a week but don’t let that distract you – there’s someone building a giant pyramid and a sphinx as well as shooting an actual western movie, complete with a shoot-out. Isn’t that a coincidence?

Season 4 of Fortnite changed Dusty Depot to Dusty Divot so it’s by no means a stretch for Epic to change locations up, and Lonely Lodge’s wooden huts and campfires aren’t far off a prospectors camp.

Some other areas are crying out for change, too. Moisty Mire sits directly below the growing gap in the sky, so it seems a fair bet to get ripped apart and given a little terraforming. While we’re at it, why not change the football stadium into a Roman Colosseum or turn Anarchy Acres’ river into the ancient Egyptian Nile?

What we do know for definite is that Epic likes to change the map in Fortnite and had great success when it overhauled the entire eastern section to make it more fun to play. As a live game it crunches the data and it knows where you drop, where you favour, where you spend the most time. Expect Epic to replace some of the tired areas with new locations and revamp Fortnite in the coming weeks to keep it fresh and exciting for new players and old.