With E3 quickly approaching, Battlefield 5 developer DICE has taken to detailing some of many new mechanics announced at the reveal.

In a series of blog posts, the most recent of which went live this week, DICE talked about how your band of soldiers will evolve over the course of the game.

To begin with, the developer confirmed that Battlefield 5 will launch with two factions: the British, and Germans. The blog post details The Company, a catch-all term that refers to your collection of soldiers, weapons, and vehicles.

You can have one Company per faction, and each of them will work and continue to earn upgrades across multiplayer, and the Combined Arms co-op mode. In Battlefield 5, you’ll be able to customise your soldier’s gender, race, face paint, and a host of other elements – all of which will be saved in your Company.

Tides of War, DICE’s way of expanding the life of the game post launch, will bring new content in the form of seasons. Each season will cover a particular part of the war, and will add a new faction or map, in addition to thematically-appropriate customisation items.

The idea is to have the Company’s look reflect the fact it’s been through these different events. 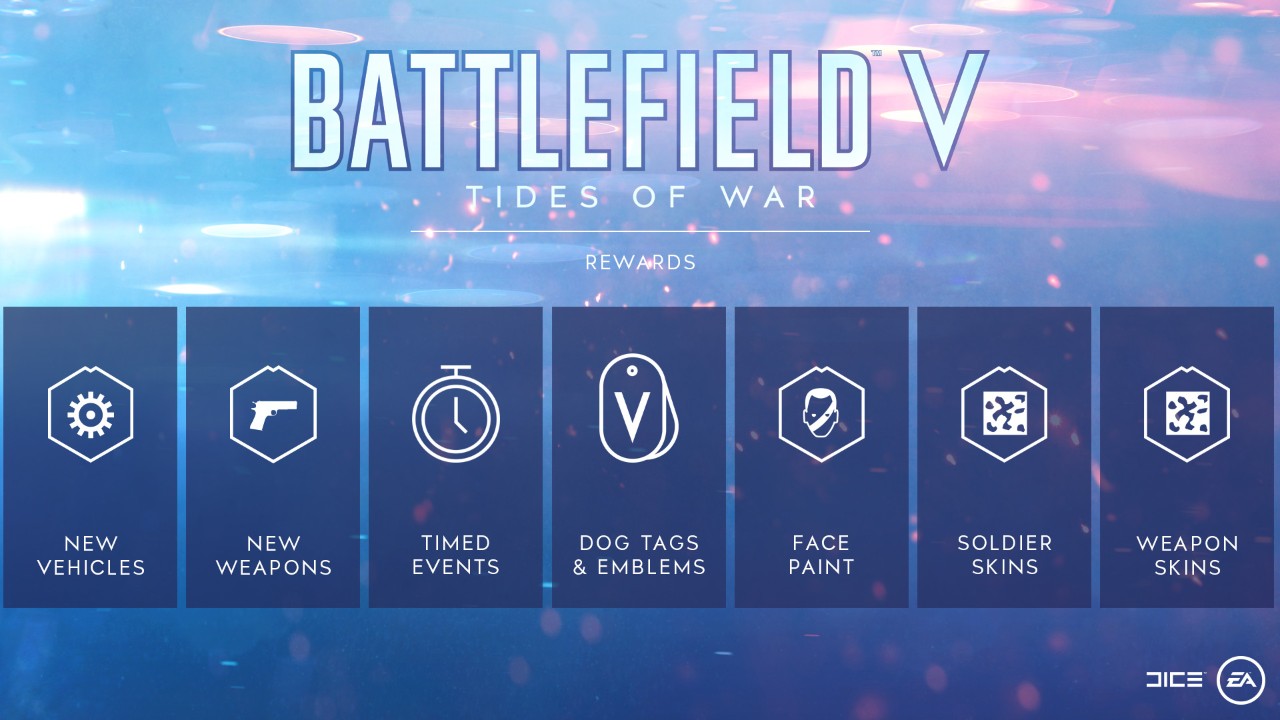 The blog post also touched on Archetypes, a sub-class concept that boils down each class to specific roles. For instance, the Support gets an Engineer and a Machine Gunner, and each will have a set number of weapons and gadgets to choose from. Exotic Archetypes are more rare, and come with unique abilities and or gadgets – like the Paratrooper Recon shown in the reveal trailer strangling an enemy.

In case you missed it, DICE previously announced that we’ll be seeing a lot of Battlefield 5 multiplayer at EA Play at E3. Expect to see many of the new features demonstrated through gameplay.

Battlefield 5 is out October 19.