Radical Heights has a new update available and it includes plenty of items to make your character look the coolest of the cool.

Patch 2 for Boss Key Productions’ battle royale title Radical Heights is available. It includes the usual fixes and improvements that come with patches, but there are some neat new items available as well.

The scanner is the newest gadget in town, and it temporarily shows the last known location of an enemy within a certain radius.

Players can now show off their BMX skills on new bike ramps added to various locations on the Radical Heights map.

There are also 32 new new cosmetic items available such as hairstyles, dances and threads. The patch also consolidates the customization options to the Prize Room. This is a one stop spot allowing folks to customize their contestant and Kill card. Easy peasy.

Below you will find the full notes for patch 2. As with all early access title patches, there are some known issues. Be sure to check the list out here in case you run into any problems.

The free-to-play, battle royale game is currently in early access on Steam. If you’re still unfamiliar with it, we have a few answers to common questions regarding Radical Heights through the link. 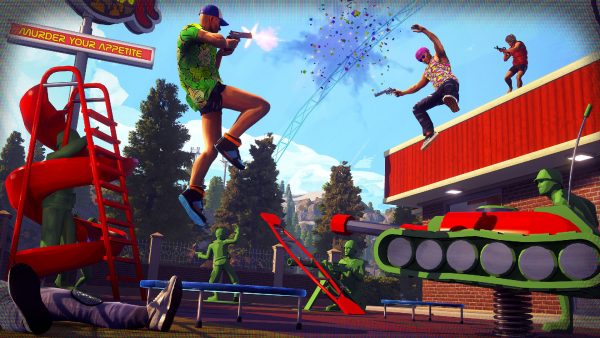 New Gadget: Scanner  – This gadget scans enemies in a large radius around the player. Enemies detected have their location at the time they were scanned revealed on the player’s mini map temporarily.
Balance adjustments