Kratos’ latest adventure is the densest God of War game yet, with tons of secrets and collectibles to uncover. Some of the trickiest to find are the treasure maps littered around Midgard. These caches contain rare and useful materials that you need for upgrading equipment, so it’s worth digging them up. Here’s where to find the location hinted at in the Dead and Bloated Treasure map.

The location you need to find is on the shores of the Lake of Nine, and is accessible as soon as you find the area.

Your only clue to finding the treasure reads as follows:

“The troll who killed my kin is slain, but the battle has taken its toll. I’ve buried whatever I have left near his corpse. Ingrid and I used to frequent this beach to watch the sun rise over the temple.”

You need to head over to the east side of the lake, near where it says Cliffs of the Raven. Here you’ll see icebergs floating in the water, and as you sail past them, you should see a beach in the distance too. 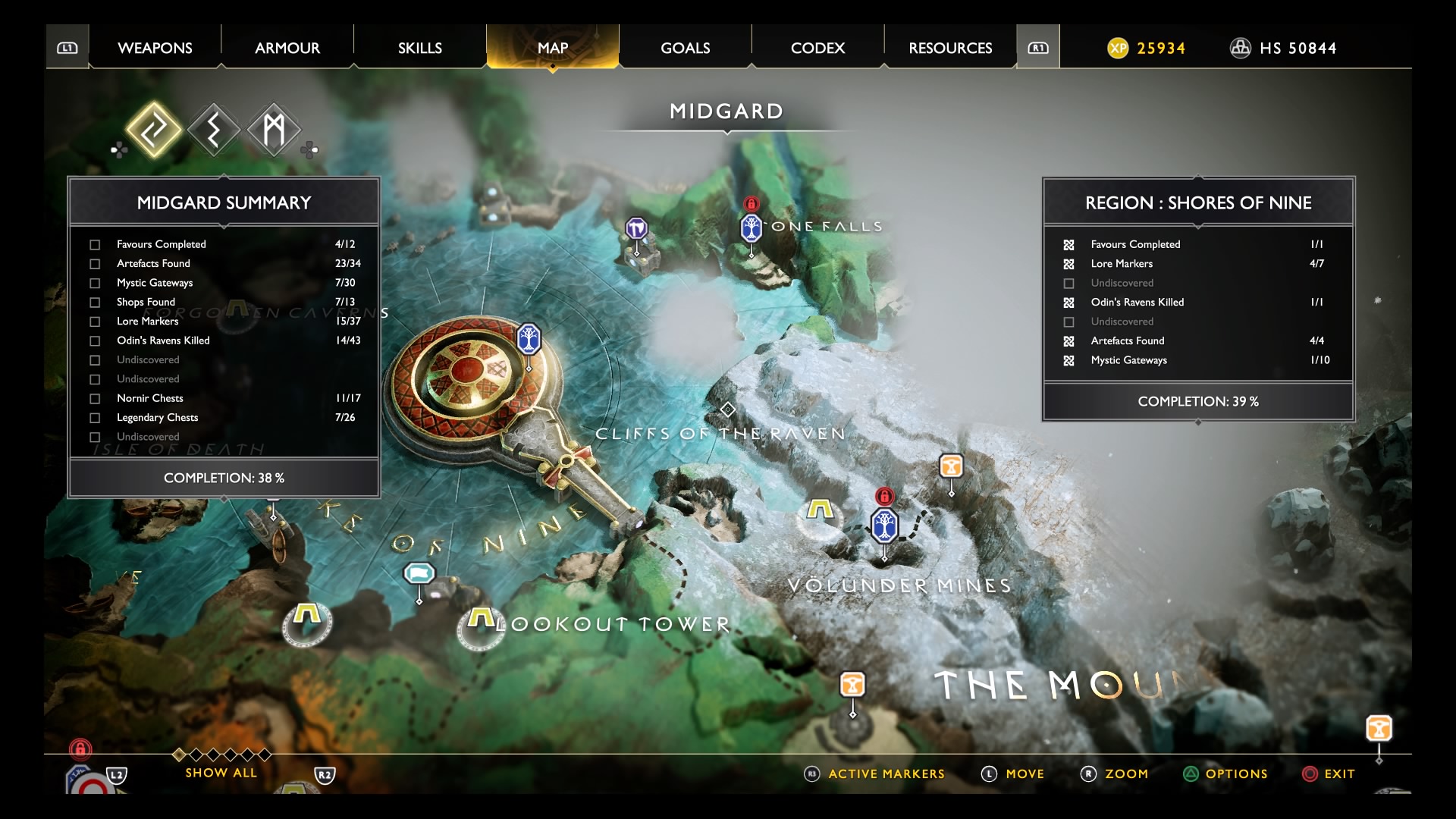 Once you reach the beach, you’ll see one of the braziers that you need to light during the Unfinished Business favour.

But the most important thing you’ll notice is the corpse of the troll that the clue mentions.

The spot where you need to dig is on the troll’s right hand side, underneath his arm and next to his stomach. We’ve embedded a screen of the mound below: 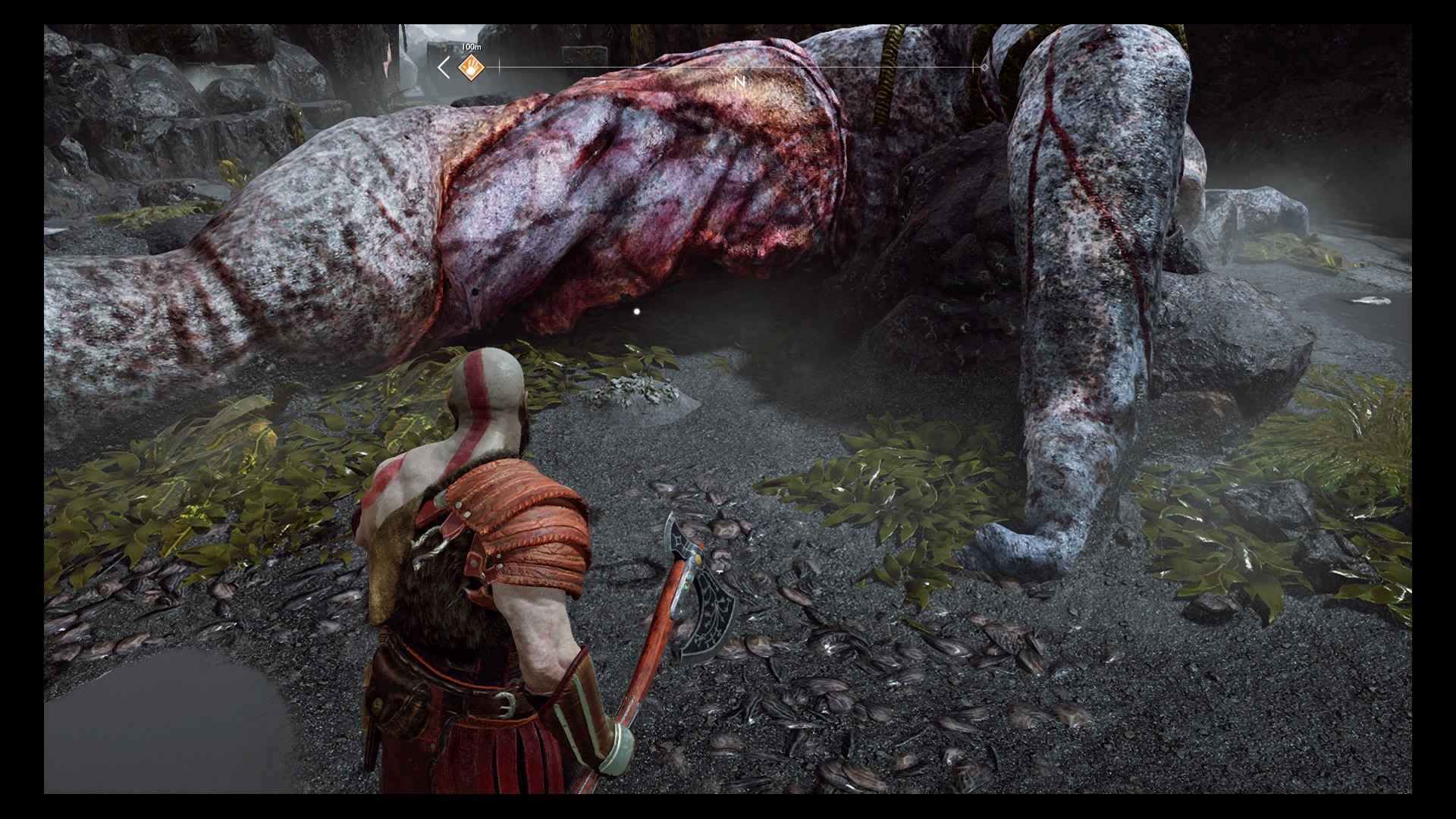 Walk up to the buried treasure and press Circle to dig it up. Doing so nets you a rare enchantment, five soft Svartalfheim steel – which is good for upgrading early-game equipment – some Hacksilver and an Oblivion Stone. This is a scarce item that can be used to upgrade pommels with life-stealing abilities. Definitely worth keeping.