Now that Pokemon’s eighth generation is well and truly on the way, the leaks, real and otherwise, are beginning.

The latest rumor around the eighth generation of Pokemon games has seen some scans of artwork marked as ‘confidential’ posted online in places like the Pokemon Reddit and ResetEra. The images depict what are clearly Grass, Fire and Water-type Pokemon, and if real would appear to reveal the starter Pokemon from the next generation of Pokemon games.

Here’s the images – though you should take their authenticity with a whole mine’s worth of salt – and we’ll explain exactly why below. Click the leaked images to see them full size.

While this leak might seem outlandish and unlikely from companies as secret as Nintendo, Game Freak and The Pokemon Company, it’s not entirely out of the realm of possibility – it’s even happened before. Last Generation this exact leak happened via the folks handling the Pokemon anime show – confidential concept art of the gen 7 starter Pokemon used in the anime made it online. The anime tends to introduce Pokemon right around the same time as the new games, meaning work on them must be proceeding concurrently.

This actually works against these leaks somewhat, however, as it seems pretty likely that security would’ve been tightened up in the wake of the last leak. Also notable is that the format of the images is identical, right down to the same kind of ‘confidential’ stamp that was showcased on previous leaks. Any enterprising faker could happily copy those leaks and publicly-posted Pokemon concept art in an attempt to make something more convincing, so the fact they line up doesn’t really add any particular weight to these leaks.

The timing does feel pretty right, however. All the way back at E3 2017 Nintendo pegged the next Pokemon game for release in 2018 or later, and it was later confirmed that Pokemon Ultra Sun and Moon would be the last main Pokemon games for 3DS. Nintendo reiterated the 2018 or later timeline in recent financial calls, too. 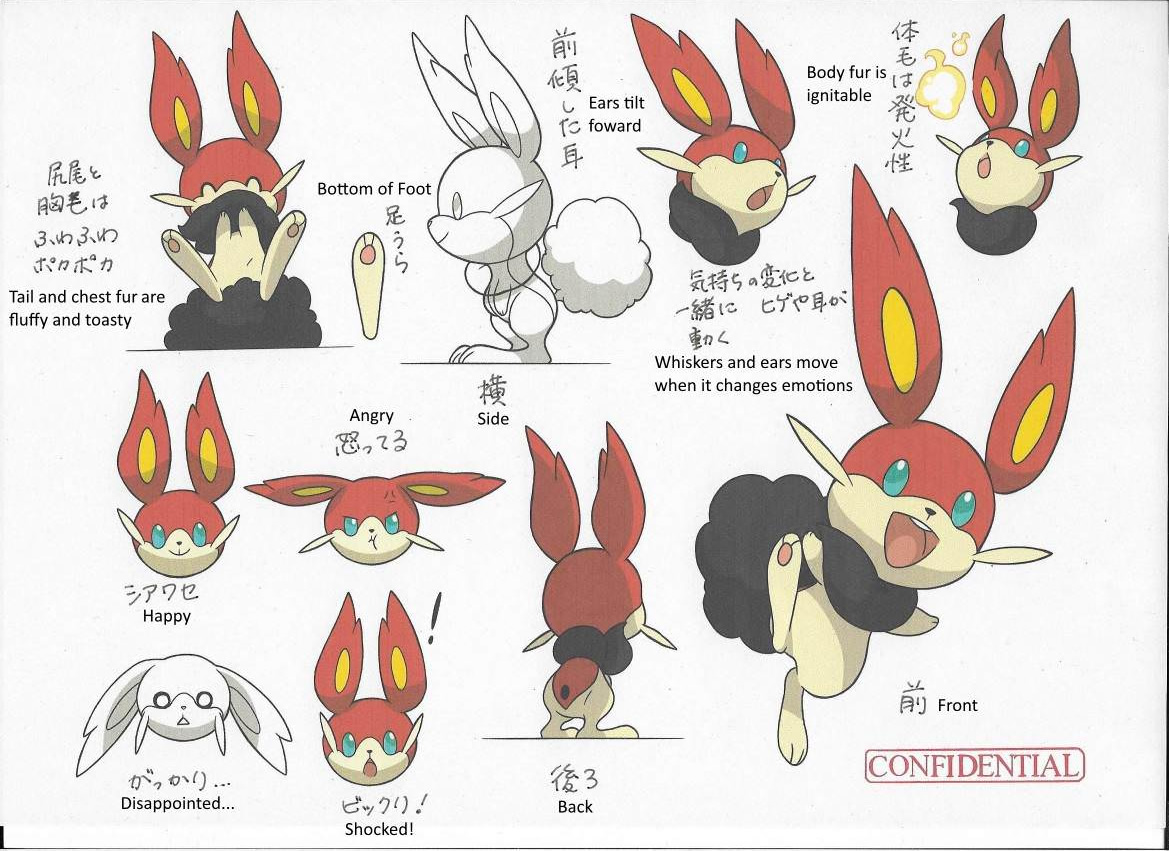 Real or not, these are some pretty cool and cute designs – hopefully whatever is in the final game can live up to them. I’m most into the Fire Bunny, myself. If the status of these rumored leaks becomes any clearer, we’ll update you, but for now the wait for Pokemon Gen 8 on Switch continues.

If you need a Pokemon Fix sooner rather than later, spin-off Detective Pikachu arrives on Switch in March – and there’s a movie spin-off to that currently filming with Ryan Reynolds as the star.