It’s fair to say that Epic knows how to iterate.

You only have to cast your eyes towards Paragon to see that they also know how to beautify bland scenery into a stunning final product. I mean, just look at Monolith. While Fornite couldn’t be any further removed from its sibling in terms of art direction, there’s no mistaking its uniqueness. Yet despite Fornites potential for artistry, the quick delivery of Battle Royale saw Epic provide a largely pleasant but functional map: it offered a solid foundation for the game to thrive, but it lacked a unique identity. The arrival of the updated map with patch V.2.2.0 marks an important milestone in Battle Royale’s development, as it’s likely the first of many major improvements.

It would be unfair to criticise Epic for the map we’ve been playing on, not only because Fornite Battle Royale was never intended to be something as big as it is, but also because Epic did a great job of injecting personality and variety into the play space. Quirky locations names, recognisable landscapes (without needing to constantly have to look at the map) and diverse areas ensured that each match felt unique, while still allowing for players to grow comfortable in their preferred hotspots.

Although the updated map doesn’t fundamentally change much of the core design, nor does it remove any prime locations (I do love me some Tomato Town), it vastly improves on the dead space, while implementing some much needed biodiversity. For all that was good about the previous version, it was, well, very green. The new map does away with swathes of the repetitive landscape and replaces it with dry grass, gloomy trees and glum marshland. It may not be revolutionary, but it’s undoubtedly welcome as the game oozes even more atmosphere as a result. 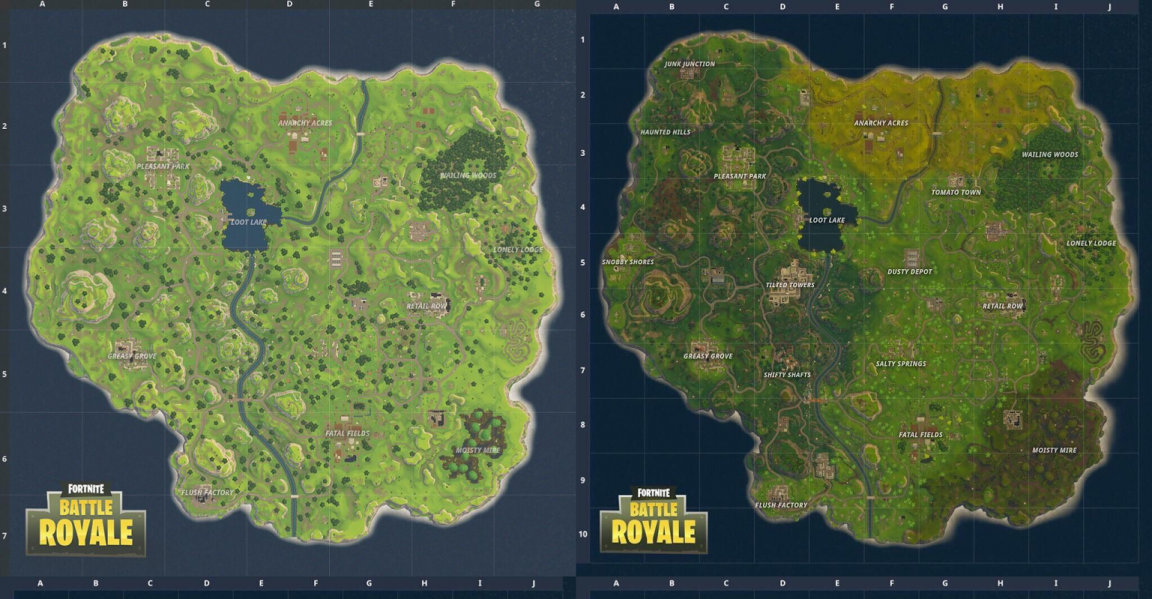 At first glance new players might be forgiven for thinking then that little has changed – especially when it comes to physical locations – but in actual fact there’s 5 brand new hubs, and a wide variety of additional buildings, pit stops and outhouses littering the map. Each new area is unique, and while it’s a scrum at the moment to even explore them, they’re not only brilliantly designed but build beautifully upon what’s already here. Shifty Shafts and Haunted Hills are a triumph in terms of visual splendour and layout, offering close firefights mixed with ranged vantage spots. In contrast, Tilted Towers and Snobby Shores offer riches at a cost: they’re fairly vulnerable locations unless you land in a building early.

Since the map went live I’ve purposefully piled into the west side of the map in order to explore. Although its cost me my life dozens of times, near instantly I might add (that’s fairly inevitable when you’re surrounded by thirty other players), I have found some excellent locations: a downed Battle Bus regularly surrounded by two Chests proves itself to offer an amazing start.

What I’ve found particularly surprising about the newly updated map is how it makes the east side feel. Although its received its own round of visual updates, much of it remains unchanged. The result is a mass of land that now feels sparse and in comparison to the west, only serves to highlight how much redundant space there still is. Is this a bad thing? I’m not sure. On one hand, you don’t necessarily have to do something with everything in order for it to have value. On the other, there’s a lot of nothingness to the east that could have far greater intricacy and personality (I’d really like a mining quarry much grander than that at Anarchy Acres). That gripe aside, I very much suspect Epic will get around to this, and if Paragon is any indication of Epic’s working methods, the map is likely to be unrecognisable in another six months time. 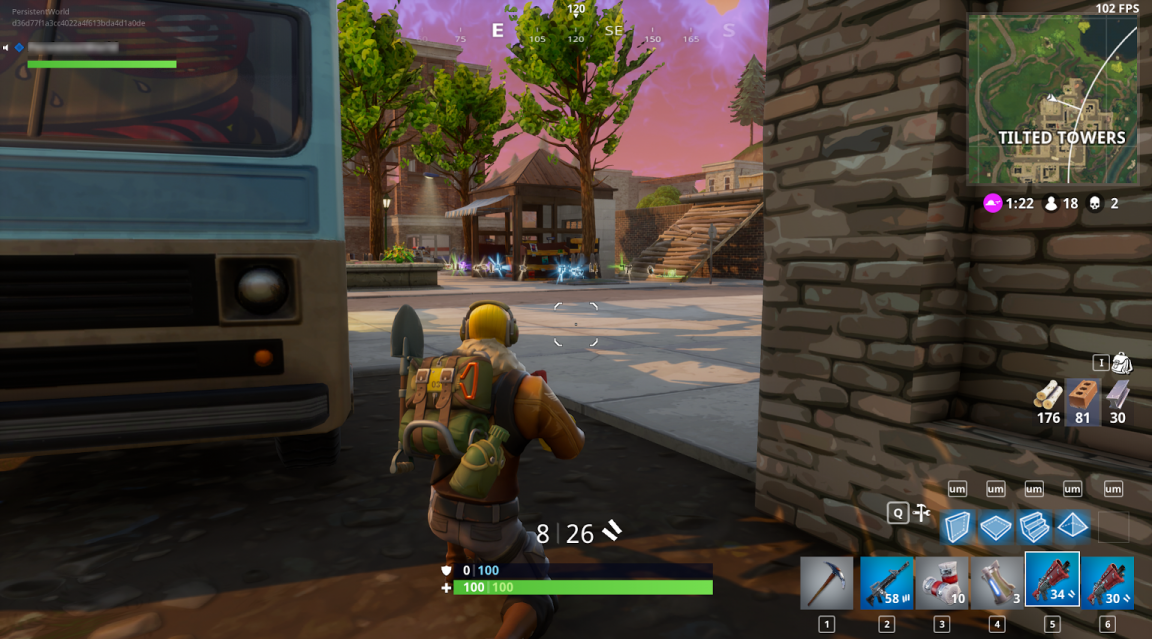 What the new map does demonstrate is Epic’s willingness to not only improve on a game that’s taken everyone by surprise, but also hone its craft. The quality of the new locations surpasses all those before them, and highlights how much the studio has learnt in such a short space of time. What excites me the most about all this however, is the potential of what could be. If so much love and attention is already being given to the map (at such speed, I might add) time can only allow Fornite Battle Royale to become something truly special.

Overall the new map is not only a giant step in the right direction for the game, but rewards all the players who supported Epic in their random adventure. Learning the new locations, loot routes, Chest spots and how to best survive until the storm hits the west will take considerable time. For player retention, that has to be a good thing: it’s like starting Fornite all over again, only with genuine excitement instead of loathing.

If you’ll excuse me, the Battle Bus is waiting for me to board.