While the main game’s renowned for its esoteric storytelling, dataminers are still uncovering secrets in Bloodborne’s code more than two years after its initial release.

Using freely available tools developed by user daemon1 over at the game research forum, XeNTax, to sniff out the unused models, Sanadsk posted his findings to YouTube.

The first model, a golden halberd-wielding knight with dilapidated dragon armour, was left largely unfinished by From Software – notably missing textures from most of his body, as well as having no name, no skeleton and no file reference. However, Sanadsk added some work of his own to give a better idea of what it might’ve looked like.

Following that is a black horse which couldn’t be any more Bloodborne if it tried – with its tendril-like mane and fleshy cord-lined body. Judging by the dragon heraldry attached to its back, Sanadsk thinks that the knight could’ve been meant to ride the horse at some point, which would build on an idea originally mooted in concept art for the first Dark Souls.

Next up is another mysterious NPC called “Slug Princess” in Bloodborne’s files.

With a twisted, slimy body and flowing black hair, the Slug Princess seems to be inspired by the traditional Japanese folklore story, The Tale of the Gallant Jiraiya – which fans of Naruto might be familiar with. In the story, Tsunade is a master of slug magic, meaning she can transform into one at will. In the world of Bloodborne, the Slug Princess could be the result of a similar transformation. 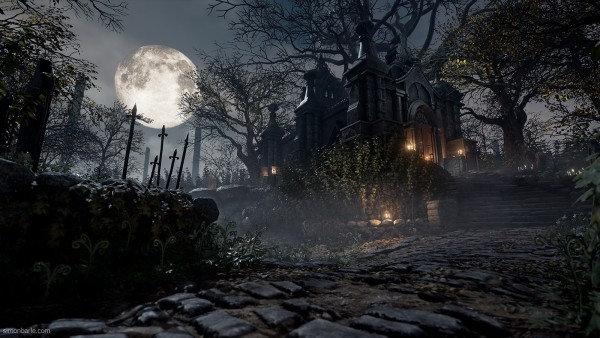 Finally, Sanadsk covers lesser version of a demon from the last video – which was possibility meant to be regular enemy rather than a boss – and a strange egg referenced in the game’s files as “Screamer”.

The decrepit streets of Yharnam may still hold more surprises. Just last month, players faced an enemy thought to have been cut from the game in one of Bloodborne’s procedurally-generated Chalice Dungeons.