It seems Tencent hopes there is room for yet another Battle Royale game. 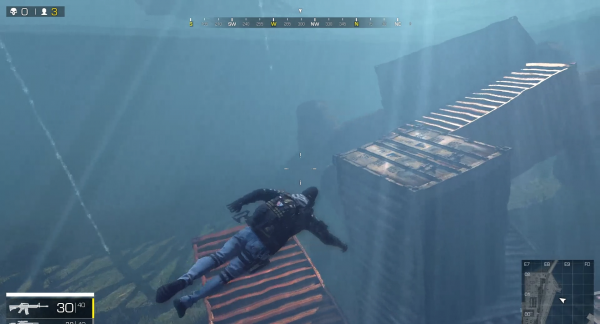 Tencent was already committed to this new Battle Royale genre before it acquired the license to publish PlayerUnknown’s Battlegrounds in China. But apparently, it’s not even close to finished yet. A brand-new title called Europa has appeared on Steam with minimal background details, but tags suggest it will be a new free-to-play Battle Royale outing. The twist? The setting puts a focus on aquatic and land-based exploration.

Since the text is still printed in Chinese, it’s likely Chinese audiences will be the focus. Then again, posting the game on Steam at all could imply a more international focus in the future.

The few details we do have come from Daniel Ahmad, an analyst at Niko Partners who tweeted about Europa earlier today. Ahmad notes that while details are slim, a battle-royal esports style of gameplay seems to be the focus.

Tencent will publish ‘Europa’, a free to play battle royale style game that is being developed on Tencent’s Quicksilver X engine for high end PC.

Perhaps most importantly, despite a 17-second teaser with little actual gameplay, Europa appears to be a visually-engaging title. If the launch is free-to-play, it might just take up a significant portion of the battle royale market. No release date has been revealed as of yet.