If The Evil Within was Resident Evil, it’s sequel is Silent Hill crossed with The Last of Us.

I played two chapters of The Evil Within 2 this week. The first (technically Chapter 2 of the game) was very much what I expected and liked about the first game; being funnelled through genuinely disturbing set-pieces, running for my life, recoiling in disgust, and popping off the occasional messy headshot.

Chapter 3 was completely different, moving into an open-world setting, using stealth to distract creatures as I followed a path to an objective. It’s not what I was expecting at all.

Detective Sebastian Castellanos is back, investigating the kidnapping of his daughter. The game drops you into the thick of horror from the start, with a giant multi-headed woman raging after Sebastian, trying to slice him to pieces. As she bursts through the walls you only have one option and that’s to run. It’s a good intro, putting you in danger of death immediately and forcing panic from the player. It’s very much a controlled experience, meaning developer Tango Gameworks can have fun spooking you through a tutorial. 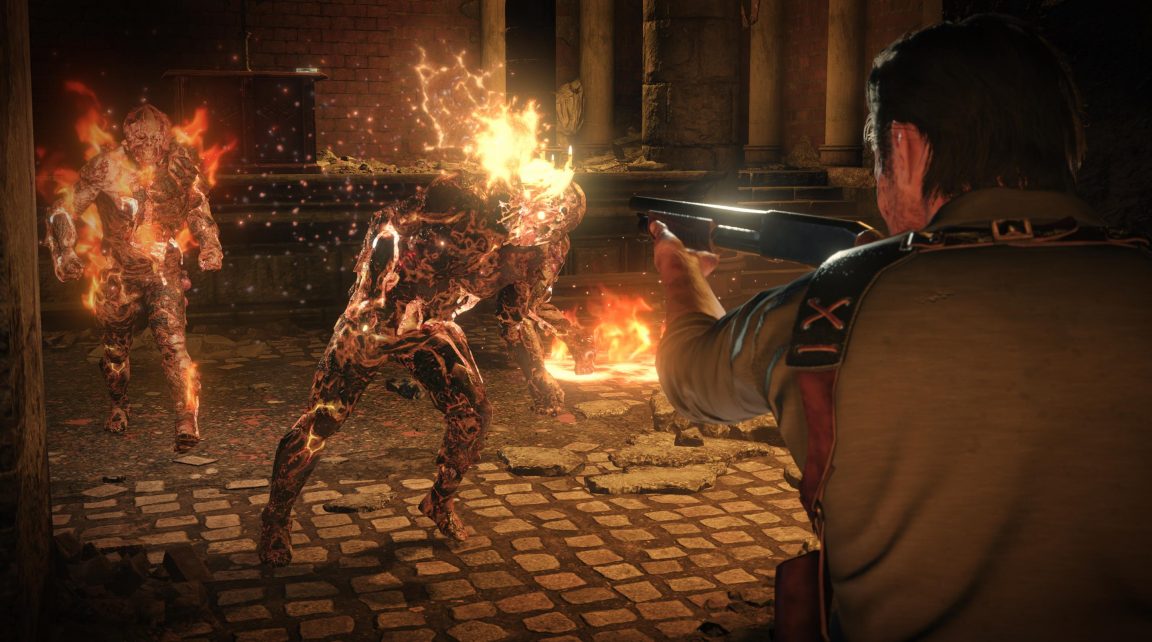 This section is very much what the first game was all about. Again, sound design is fantastic, from the piercing screech of the creatures to the gentle squeak of a hangman’s noose. Atmosphere is tense and uncomfortable, and there are multiple occasions that will repulse. The dialogue is a little too corny (at one point Sebastian says to himself “yeah, it’s quiet… too quiet”), but if you’re here for body horror, jump scares and weird shit, you’re on the right ghost train.

It’s also shares that Resident Evil crafting structure that was in the first game. You collect gun powder and weapon parts to build and upgrade your gear, scratch around for two or three bullets at a time, and upgrade Sebastian’s abilities with green goo, a creepy nurse and a surgeon’s chair. It’s familiar, but distinctive and stylish enough to be engaging. And honestly, it feels good to be back in a well-crafted and confident world.

I’d also say the controls are back too, so if you had issues with those in the first game, expect to have them here. The camera is tight on purpose to control the horror you’re seeing, but it can feel like you’re wrestling it to get a good look around. You probably will die at some point due to what feel like sluggish reactions from Sebastian. Again, I think that’s a design decision to ramp up the panic, but it’s a divisive set of rules to impose on the player.

The chapter ends with Sebastian finding a safehouse in a town ravaged by earthquakes, and once you leave the building it seems to become a different game. Sebastian needs to follow the signal from a handheld radio but you’re free to explore the town and go whichever route you see fit. Stop off at the church and meet the locals if you want (you’ll end up running for your life again), climb to the top of a building to find a sniper rifle in need of repair or various other snooping opportunities, or head straight to the objective.

The town feels and looks like Silent Hill, but also a lot less distinctive than the previous chapter. The controlled horror is replaced with a stealth, action-adventure game, as you creep around cars, sneak-kill zombies from behind (or infected, or creatures, or whatever we’re calling them in a bid to not use the Z-word), and throw bottles to distract rather than risk being overwhelmed in a fight. 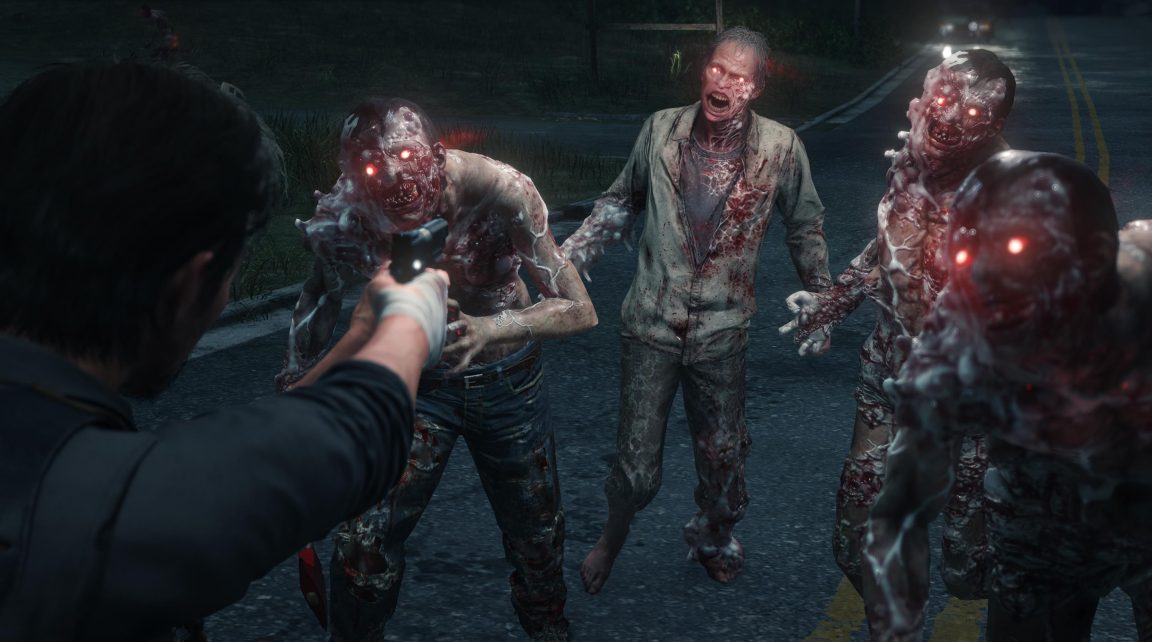 This section really felt like The Last of Us and I guess you’ll know if that’s something you want from The Evil Within 2 or not. I found it jarring. There aren’t enough good horror games as it is, so to find The Evil Within 2 drifting into open-world territory is disappointing. It might work, but I worry it will dilute what I came for. Yes, The Evil Within was a fairly linear experience but it never claimed to be anything else. It’s linear so it can put the fear of god into you. I don’t know if a mixture of the two genres is going to work at this stage but it makes me cautious.

Presumably the freedom of side quests and an open-world structure is here to make upgrading weapons and skills optional, but I remember the first game being hard so I would expect you’re going to have to get involved with side quests either way, just so you can build Sebastian up and make him tough enough for the end game.

We’re not likely to see more from The Evil Within 2 until it’s released in October, with Bethesda’s daft review policy meaning we can’t go deep on it until it’s out on the shelves. I want to like it because the horror experience in some sections is so well crafted, but we’ll have to wait and see whether that split between open world and linear works in the finished game.