Today’s PlayerUnknown’s Battlegrounds patch has a bug that completely throws your aim off when you use a weapon’s iron sights or scope.

Update: Bluehole has now released a hotfix to address the problem. If you don’t see it, restart Steam and it’ll automatically update. The download is small, at 330MB.

We’ve pushed a hotfix to Steam to resolve the aiming issues introduced in this weeks update. We are still investigating the server problems.

The original story is found below.

Original story: The patch was only released a couple of hours ago, but quite a lot of players are already starting to report the problem.

Basically, the issue is that your view shifts slightly to the right a few moments after you aim down your weapon’s sight. It often happens when you’re about to fire from a crouched stance, throwing you off. Many players on Reddit are rightfully pissed off.

One user suggested that this is a result of an animation problem that’s not necessarily related to aiming mechanics. What they found was that, when you move while crouched, your character will stand up for a second in a semi-crouched position before going into proper crouch.

On top of introducing unintended movement and exposing you to others, it also affects aiming in first-person. From the sounds of it, there’s an animation somewhere that’s not playing/completing properly, missing up the cycle. 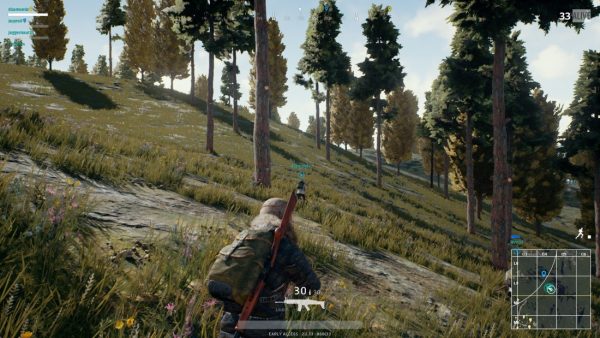 The patch doesn’t have any major animation changes in it, so it’s unclear what caused this bug to occur. What’s interesting, though, is that it was apparently noticed on the test server yesterday but nothing was done about it.

According to the same Redditor, you can test this by crouching in third-person and strafing left or right. If you stop giving inputs, your character will move on its own before it reaches the proper crouch and settles.

Bluehole has yet to make any comments about these problems.