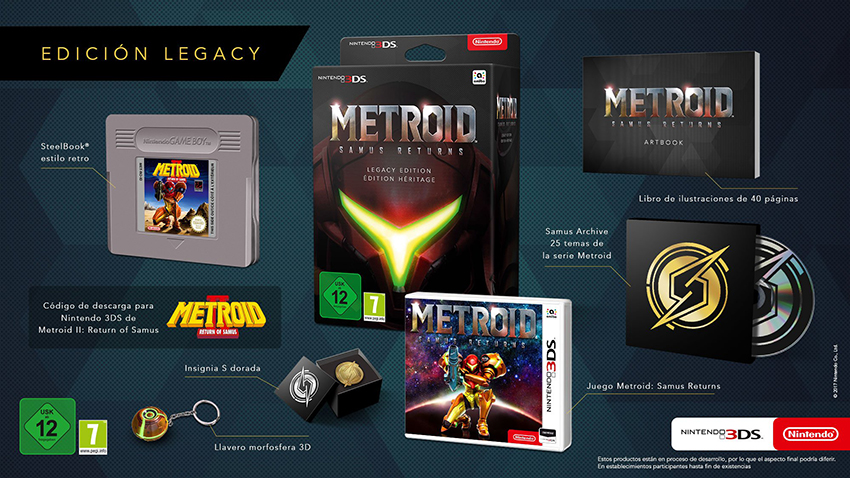 Metroid: Samus Returns was announced during E3 for the 3DS. The game is a re-imagining of Metroid 2: Return of Samus and will use 3D renderings and environments which Samus can explore in two-dimensions.

We already know the release date, and now we have a peek at the collector’s edition for Europe.

The North American special edition comes with the CD, but we’ll have to see if they get something on a similar scale.

Metroid: Samus Returns is set for release on September 15 for the 3DS.