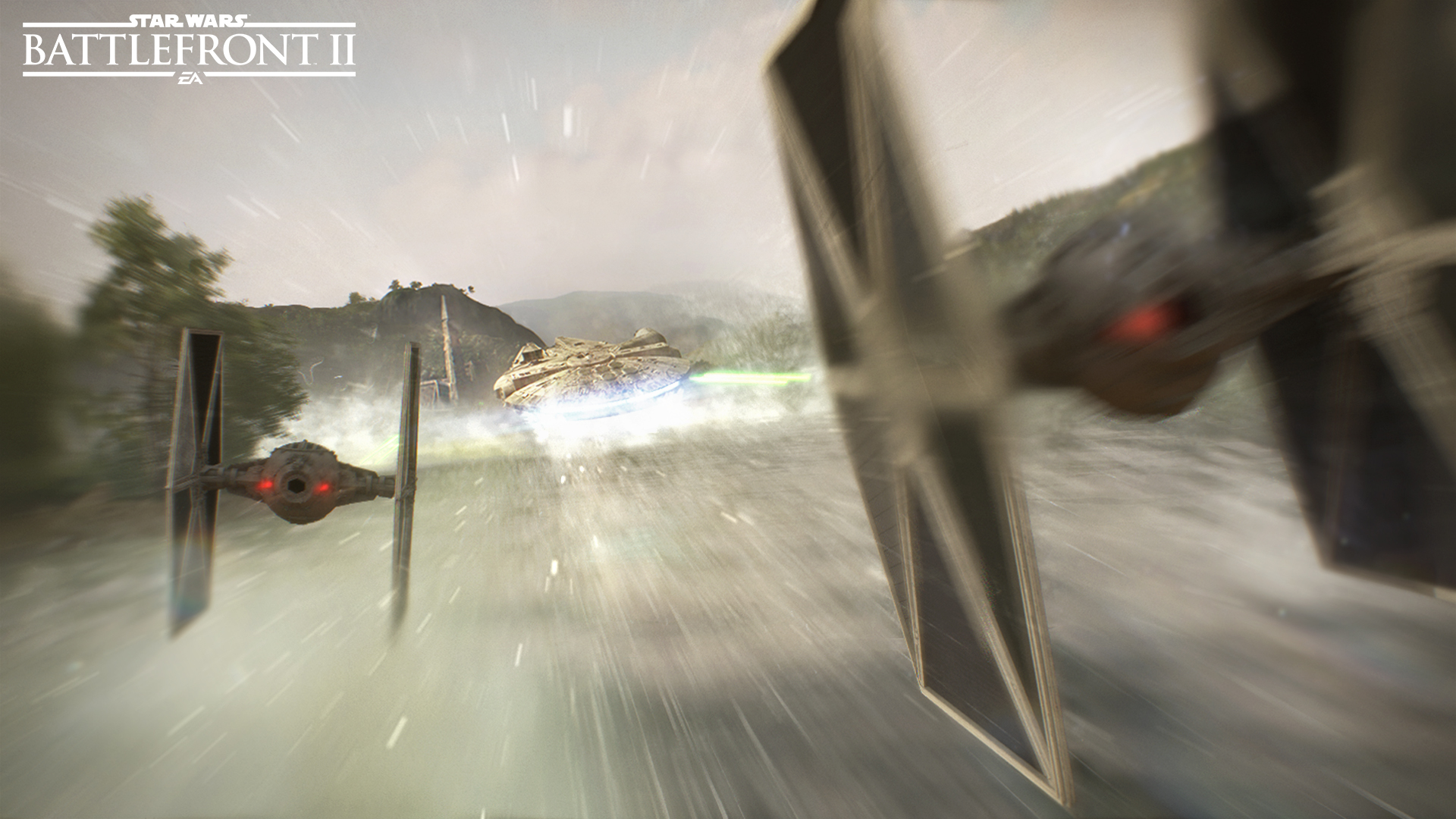 Star Wars Battlefront 2 is going to feature a lot more starfighter skirmishes than the first game, and to that end, Criterion will be stepping up to make sure that they fulfill the “fantasy [that] you’re an ace starfighter pilot.”

Talking to Polygon, Battlefront 2 executive producer and general manager of Criterion Games, Matt Webster, explains that “The camera is probably responsible for more than half of the feel. It’s about how the camera moves around the ship. This is something that is our bread and butter. It just so happens that it also manifests itself around a car.”

Drawing a comparison between the cinematic starfighter scenes of the recent films and how that compares to piloting the vehicles in-game, Webster says, “The thing that players love, actually, is when there’s a lot of movement in the frame. It’s quite cinematic, but really the camera is so important to game feel that the cinematic response will always be secondary to that feel.

“It’s not just roll rates, pitch rates and this sort of thing in the simulation part. It’s actually how the camera feels that helps derive the pleasure of that experience. And that’s really where we come in.”

Starfighters will make an appearance in the single-player campaign, as well as the other modes, so it’s imperative that the gameplay feels spot-on.

You can fly them in both first and third-person, the latter view making the ship “the stars of the show.”

Webster touches on Criterion’s Need for Speed, and how “The fantasy is that I can drift a car around a corner, but the reality is quite different.

“Likewise, the fantasy is you’re an ace starfighter pilot. And what we have to give you is that satisfying pickup control experience, but with a ton of control depth for you to master. I think one of the ways that it manifests itself is that the mouse and keyboard feels brilliant. It feels great.”

Star Wars Battlefront 2 is scheduled for release on November 17 for PC, PS4, and Xbox One.