A report regarding issues surrounding the development of Mass Effect Andromeda has surfaced. 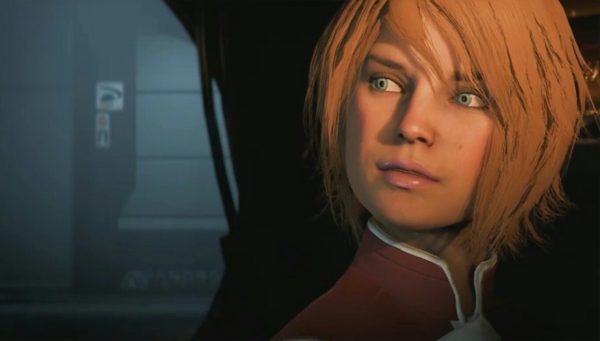 According to anonymous sources close to the matter speaking with Kotaku, one issue with Mass Effect: Andromeda development was the Frostbite 3 engine – which originally started development on Frostbite 2 back in 2012.

The sources stated the engine wasn’t suited for RPGs, which was something the Dragon Age: Inquisition team learned after using it instead of the initial plan to upgrade the Eclipse Engine. Many of the team’s cinematic tools, combat and scripting had to be rewritten in order to work with Frostbite. It was built for shooters, after all.

Other than issues with the engine, many ideas which were planned were scrapped. The team started discussing content and ideas after Mass Effect 3 was finished, and one focus was on procedurally-generated worlds. After working on the feature, the team decided in 2015 to scrap it after plenty of work had already went into it.

One reason was because the studio couldn’t decide how the narrative would mesh with procedurally-generated worlds, and it wasn’t an enjoyable experience either. Another proposed feature was player-controlled spaceflight, which was cut rather early on.

Then, there was the issue integral staff changes at Bioware. The first to go was Mass Effect’s executive producer Casey Hudson. Director and writer Gerard Lehiany, whose previous credits include Ghost Recon Advanced Warfighter and The Amazing Spider-Man, was heading the project until Mass Effect writer Mac Walters came on board.

According to the report, many staffers at BioWare Montreal felt as though BioWare’s Edmonton HQ was interfering, while the latter felt the game needed all the help it could get.

With new people came more revisions and more tech changes, and staff members were struggling to keep up. The cinematic and animation teams were said to be affected the most partially because they were under staffed. Especially the latter.

Mass Effect and Mass Effect 2’s former animator Jonathan Cooper tried to explain some of the reasons why the animations in Andromeda were sub-par, but it appears there was much more to it than the technical explanations he provided.

Two patches trying to rectify some of the more audacious facial expressions were released in April, and made noticeable improvements to both character faces and their eyes. The fixes were part of a laundry list of plans Bioware laid out back in March.

When all was said and done, the majority of Mass Effect: Andromeda development occurred within the last 18 months of the project due to myriad factors involved.

For now, BioWare continues to focus Mass Effect: Andromeda updates and multiplayer content. With the game shipped, many staffers at the Montreal location are supporting EA Motive with its various projects. Some have also moved on to other BioWare projects in development.

This lead many to believe the Mass Effect series had been put on hold, but EA said that was not the case at all.

Staffers switching hats and playing multiple chairs is quite common once a project has shipped, especially when publishers own multiple studios working on multiple projects.

The Kotaku report goes into more details than what’s posted in here. This was just a short synopsis. You can read the entire thing following the link up top.