DICE has begun rolling out the newest Battlefield 1 patch, the Spring Update. 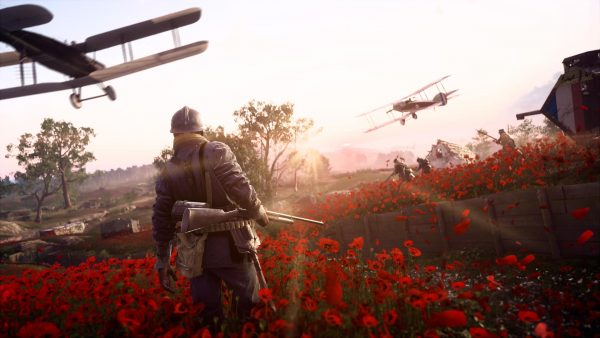 As expected, the Battlefield 1 Spring Update has arrived to bring a number of new features, add new weapons, make balance changes, and much more.

We’ve previously covered the biggest changes, but now developer DICE has released the full list of patch notes for your to pour over.

The update is now available on PC (2.30GB), and is going live now on PS4. Xbox One gets it a bit later, following a two-hour server maintenance that kicks off at 11am GMT, 12pm BST, 4am PDT.

Headline changes include the new Platoon feature. In this first iteration you’ll be able to join and manage Platoons, get a unique tag for others to see in game, and show your emblem on a little flag when you contribute towards capturing it. You can join multiple Platoons, but only represent one at a time. Platoons can have up to 100 members.

The other, more significant gameplay change, is something DICE is calling ‘revive intent’. In short, this allows medics to use the spot button to let dead players know they’re coming to revive them. The dead player will see this, which should help reduce the number of people skipping revives.

Sever admins also received some much needed love in the Spring Update. Admins can now grant admin rights to other players, and control the number of players required before a round starts – as low as six players. Admins can now finally also set passwords on their servers.

The Spring Update brings four new variants of existing, level ten weapons for all classes. These are the Hellriegel 1915 Defensive, Selbstlader 1906 Sniper, Huot Automatic Optical, and the Martini-Henry Sniper. You can see gameplay of all four through the link. These come with unlock requirements, though, so you have something to work for.

New ribbons and dog tags have also been added. Find the full list of changes below:

Reduced the outer blast radius of the following grenades