Gearbox is in the process of dissolving its relationship with G2A after the key seller failed to publicly commit to the changes outlined by the studio. 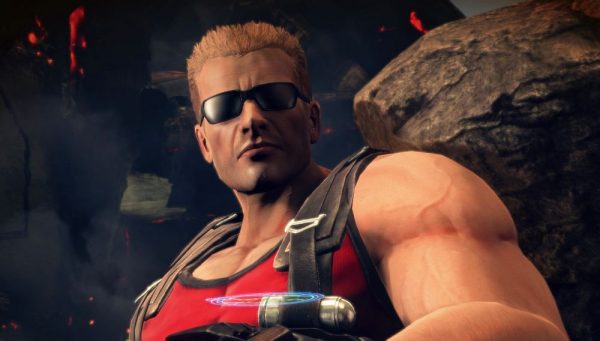 Speaking with Waypoint, Gearbox head of publishing Steve Gibson said in the 24 hours since Gearbox issued its list of requirements to G2A, there had “been no public movement” by the time Bulletstorm: Full Clip Edition launched on PC.

“Gearbox Publishing will be doing their part to not directly support a marketplace that did not make the new public commitment to protecting customers and developers requested by Gearbox Publishing,” said Gibson.

“We do not control G2A’s marketplace or where they may obtain keys from parties outside of Gearbox Publishing, but we can confirm that today we have begun executing on our extraction process.”

Earlier this week, it was announced Gearbox and online key seller G2A had teamed up on a limited collector’s edition of Bulletstorm: Full Clip Edition. Now, after facing backlash over the decision, Gearbox has issued a set of demands G2A must meet in order to combat fraud marketplace.

According to the list of terms Gearbox sent to G2A, which it worked on with John “TotalBiscuit” Bain, should G2A refuse to make the changes to how it conducts business, Gearbox – which is publishing Bulletstorm: Full Clip – is willing to terminate the partnership.

However, as stated above, after public backlash over the aforementioned deal, the studio set its terms, especially when TotalBiscuit said he would refuse to cover Bulletstorm and all future Gearbox titles.

Below, you will find the list of demands sent to the company, posted by Waypoint (thanks, GI.biz).

Starting last year, G2A faced accusations of key fraud after re-sellers were accused of using stolen credit card numbers to buy game keys, and then sell them on G2A for a profit. The claims of fraudulent keys being sold through the site came from studio Tinybuild which accused the company of being “a black market economy” for Steam keys.

To try and regain trust with game developers, G2A said starting in July 2016, it would provide studios access to its sales database which would allow companies to verify sales, and whether or not the keys were obtained legally. The new policy from G2A would also have the system check keys before being allowed on the marketplace to ensure they weren’t stolen.

“We want to reassure the development community that we monitor our marketplace extensively for any possible fraudulent activity,” said a company representative in June 2016. “In the small fraction of cases where fraud may be detected, we investigate and ban offending parties from further participation.”

Even after G2A put its new policy in place, many developers remained skeptical, along with many users of the site, some of which pointed out flaws even after the new system was put in place. During a reddit AMA with G2A, one reddit user proved how easy it was to bypass the fraudulent key checks easily, something which didn’t sit well with G2A.

Yesterday, TotalBiscuit told Kotaku G2A’s solution was “problem that they created” and the re-seller continues to “facilitate and profit from both the solution and the fraud.”

It’s all a bit of a mess, and if you want to read up on it more, just head through all of the lovely links.

Developed by People Can Fly, Bulletstorm: Full Clip is out today for PC, PS4, PS4 Pro and Xbox One.