This weekend’s Halo World Championship is front and centre for all the wrong reasons. 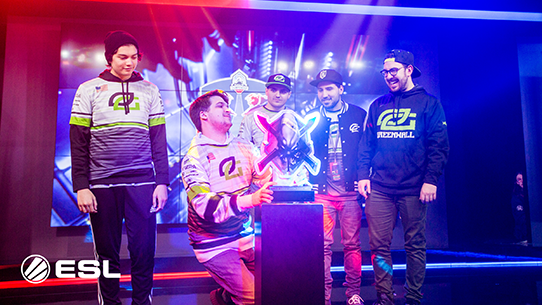 In case you didn’t get the memo, the Halo World Championship took place over the weekend. You wouldn’t be the only one. Apparently a lot of people didn’t get it, because this is what it looked like:

The Championship’s winning team took home $1 million, but the prize pool clearly wasn’t enough of an incentive to draw a crowd.

Kotaku has collected a number of tweets about the event, including this one from Greenskull, who defended the event, saying that the other photos were of the overflow tent and were taken before or after matches.

I mean, they’re slightly better, but another user drew the comparison between the Call of Duty World Championship venue and crowd size, and Halo’s, and it all looks a bit on the depressing side.

It seems that the venue may have been a last minute fall-back after ESL Studios – who organised the event – couldn’t secure their first choice.

Regardless of the circumstances, the final show looked rather abysmal.