No Man’s Sky got a great new update last week, and Hello Games has already made it even better. 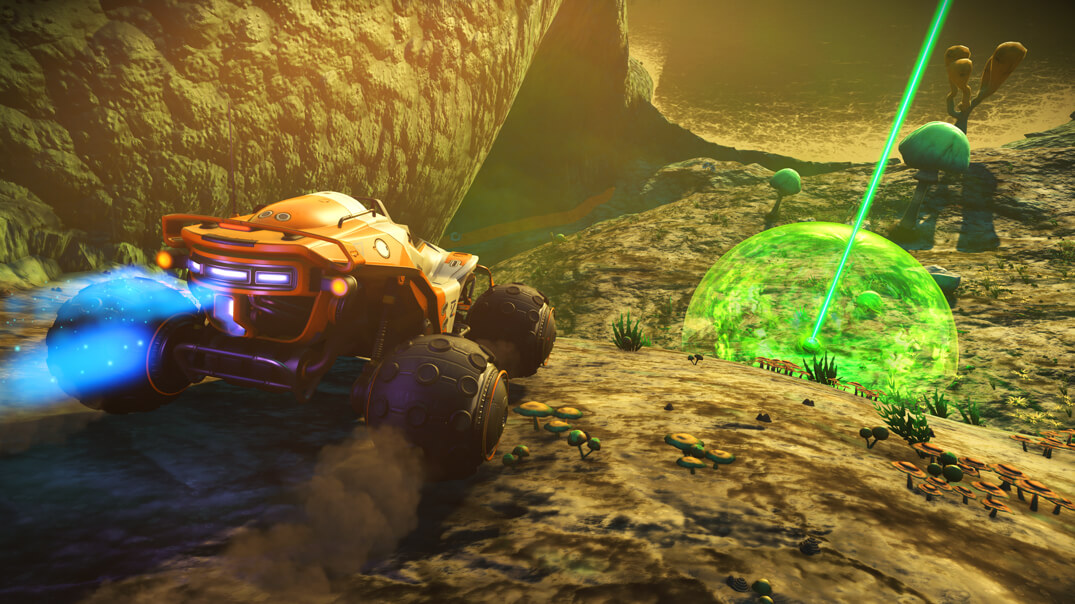 No Man’s Sky continues its evolution from refund fodder to something you might want to revisit with another quick patch.

This patch comes hot on the heels of the No Man’s Sky Path Finder update, which made a huge number of excellent changes and additions.

One of those additions was ground vehicles, which are good fun, but in their initial form, they could only be spawned on your home planet. That made them kind of useless for exploring beyond that, and since that’s kind of the point of No Man’s Sky, players were understandably annoyed by it.

Luckily, Hello Games heard and quickly acted on the feedback, and now we have No Man’s Sky patch 1.22, the most significant change of which is the ability to spawn your ground vehicles anywhere you like. Nice.