Watch Dogs 2 players have discovered something very mysterious after the latest update. 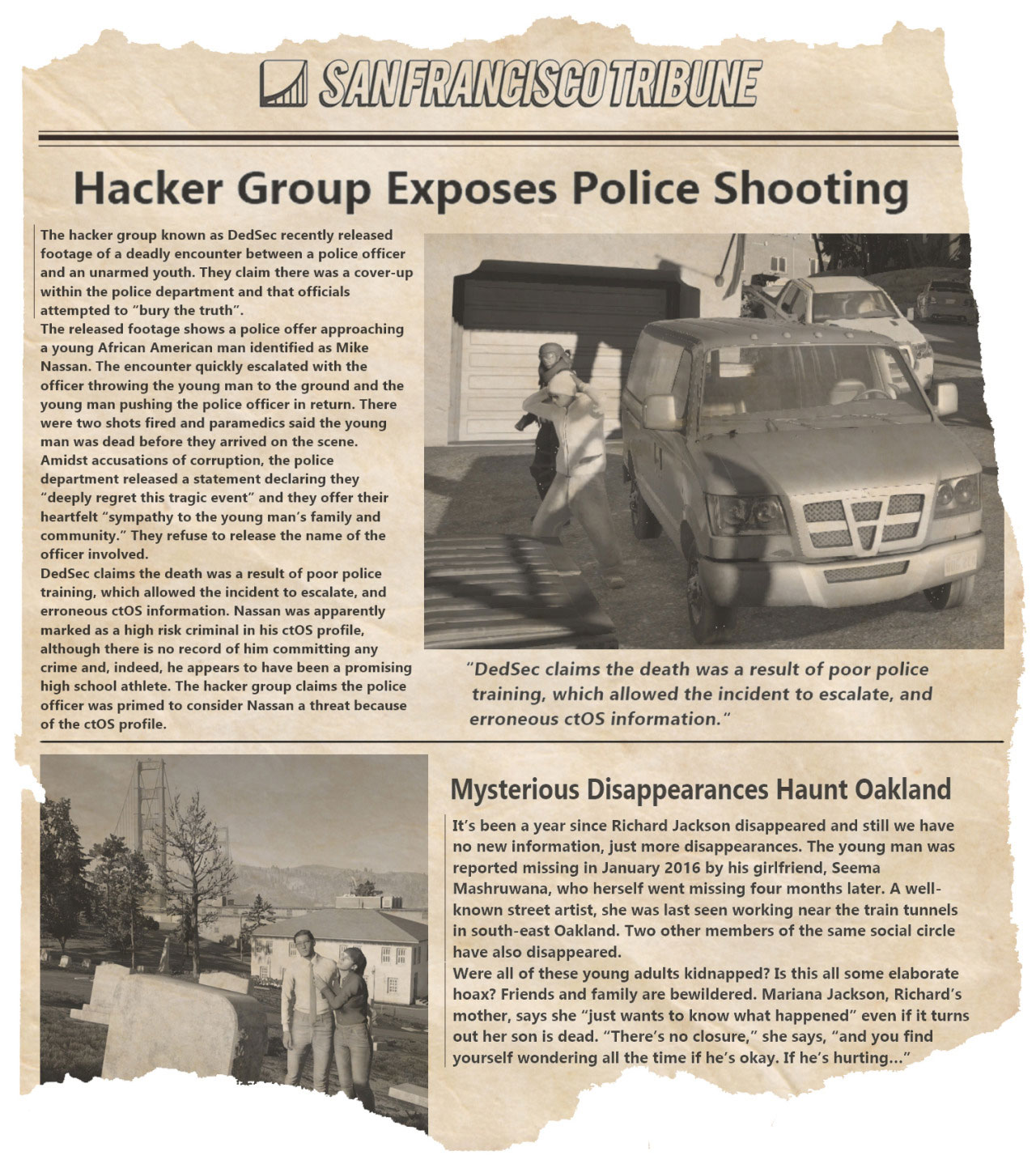 Watch Dogs 2 was patched last week, but Ubisoft failed to mention everything it added to the game when it released official patch notes.

Oh, we know the ending of Watch Dogs 2 was extended slightly, but we think that’s probably just a nod to the first Watch Dogs 2 DLC. No, something altogether weirder is going on.

Confirming the community’s suspicions that something weird was happening, the official Watch Dogs 2 Tumblr began feeding them clues. Shortly afterwards, players began to find new graffiti scattered around Oakland, and in these locations they could hear strange noises. Viewing the graffiti on in-game phones turned up extra clues.

I won’t spoil the good investigative work of the Watch Dogs 2 community (and perhaps your own enjoyment of the emerging story) by giving you the full details, but the new quest seems to involve a Slenderman-style urban legend.

It’s not clear whether the next step in the quest chain is to be found in Watch Dogs 2 itself or whether we’ll have to wait for Ubisoft’s social team to drop some clues, AR style. It is clear that now is a good time to return to Watch Dogs 2 and follow along, though.