That’s quite a bit of Conan Exiles news in one headline, isn’t it? 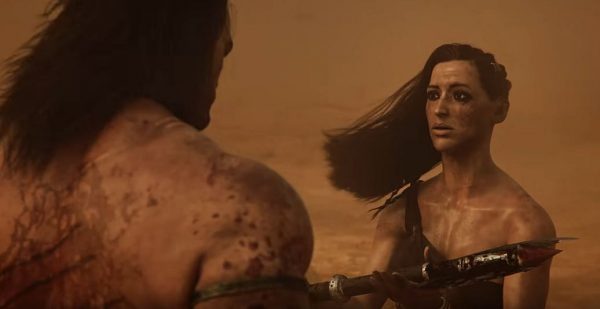 Funcom announced the sales figures for Conan Exiles this morning, along with the release of modding tools and news on the return of official servers.

During its first week, the open-world, multiplayer survival game sold 320,000 copies, and has also dominated the Steam’s Global Top Seller List. It went into early access on the service January 30.

“We are deeply humbled and very grateful for the initial success of Conan Exiles,” said Funcom CEO Rui Casais in the press release. “Funcom has gone through some challenging times in recent years and seeing the game we have poured so much time and effort into gain this amount of traction so quickly is very invigorating for everyone who works here.

“This is just the start of the Early Access adventure and we will do whatever it takes to make sure Conan Exiles turns into a fully-fledged game that has something to offer new and old fans of both Conan and survival games.”

Get your modding on

Back in January, the studio announced it would release the custom Conan Exiles Dev Kit, which would allow folks to create mods for the game.

Modders will need to download the Epic Games launcher, and once created, the mods can be uploaded to the Steam Workshop. To get the launcher, head over to the Unreal Engine website, click the button that says “Get Unreal”, and under the “Get Unreal Engine” hit the download button.

According to Funcom, the kit will allow creators to make “small changes and quality of life improvements,” total conversion mods, add additional creatures, characters, and worlds.

Due to issues with lag and server crashes, last week, the developer took the official multiplayer servers offline for Conan Exiles.

Because of the influx of players and the “overwhelming demand,” PingPerfect’s hardware was unable to handle the load, so Funcom dissolved the partnership. The firm started searching for a hosting company which could deliver “the level of quality and service” required.

It seems a new partner has been found, because new official servers are now coming online. Alternatively, players can still log into one of the 12,000 privately run servers if preferred.

The team has been working since launch to iron out the teething issues, resulting in the game being patched many times over the past two weeks.

Going forward, the Conan Exiles team will be divided into two groups: one will focus on fixing issues and optimizing performance, and the other will work on adding new content and features.

Conan Exiles is in development for PC,PS4 and Xbox One.

It will also be made available as an Xbox One Game Preview title in the spring , with PlayStation 4 planned for a later date.