Blizzard spreads some Lunar Festival love to Heroes of the Storm.

Blizzard is celebrating the Year of the Rooster in Heroes of the Storm with new mounts, skins, and bundles.

The event was announced on Battle.net and kicked off yesterday.

New Lunar Festival themed items are now available in the shop if you want to get into the spirit of things. You can grab the 2017 Lunar Festival Bundle, which contains Monkey King Samuro, Lunar Li-Ming, and the new Nimbus Cloud Mount. You can also drop 10,000 gold to get yourself a Golden Rooster mount.

The 2016 Lunar Festival bundle with Lunar Jaina, Lunar Illidan, and the Lunar Dragon mount is making a return this year.

The Lunar Festival patch brings a new hero, sandbox custom games, and balance updates with it that you can check out here in full detail. 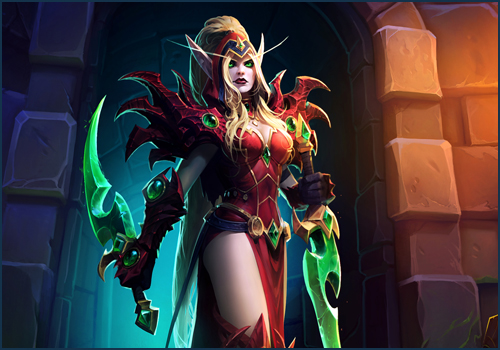 The new hero is Valeera Sanguinar who “served dutifully as one of Varian Wrynn’s personal bodyguards. Now, her shadowy skills find her a natural fit within the secretive rogue order, the Uncrowned, in their fight against the Legion.” Her skill repertoire is that of a rogue’s with the majority of them earning combo points.

The sandbox custom games includes a new version of Cursed Hollow “that will allow up to 10 players at once to use a wide variety of ‘cheats’ to test the absolute limits of their Heroes in multiplayer, sandbox-style gameplay.”

The Lunar Festival event is live now and runs until February 14.