Final Fantasy 14 gets a whopping update this week. 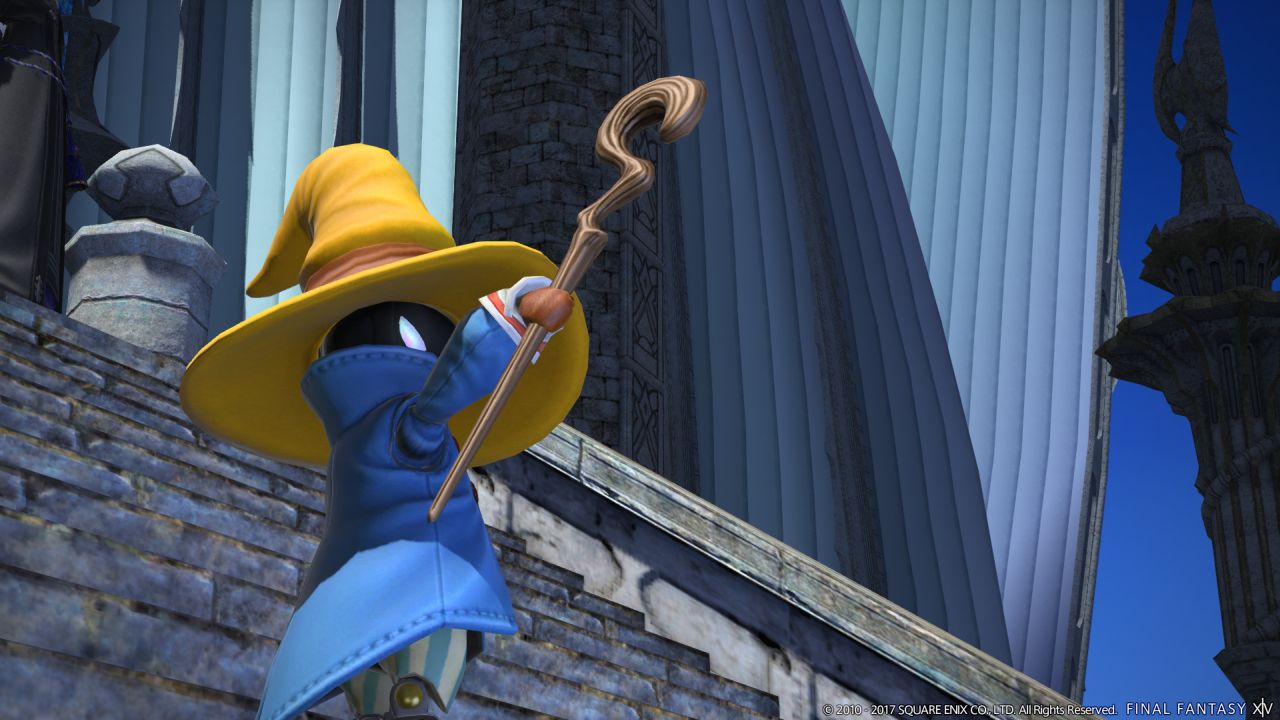 That’s already today where I’m sitting, and more importantly in Japan, but since the English language blog probably runs on US or European timing you likely have a few more hours to wait.

Luckily there’s something to do in the meantime, and that’s pore over the full patch notes, paw at their details and then pour them into your brain.

You can’t do that here because they’re a million years long, and the thought of all those nested lists caused a small rebellion among the staff. Check them out on Lodestone instead.

The executive summary is: the latest chapter in the Shadows of Mhach storyline, a new 24-player Alliance raid called Dun Scaith, a new Primal battle against Zurvan, and new exploratory missions.

You’ll also enjoy improvements to Party Finder, updates to the Frontline and Duel PVP modes, a new map for The Feast, and the agility to use the Duty Finder with your Chocobo.

On top of that there’s the usual enormous pile of fixes as well as new mounts, recipes, hairstyles, housing, PvP gear, minions and more.