Elite: Dangerous will be making its way to PlayStation 4 next year. 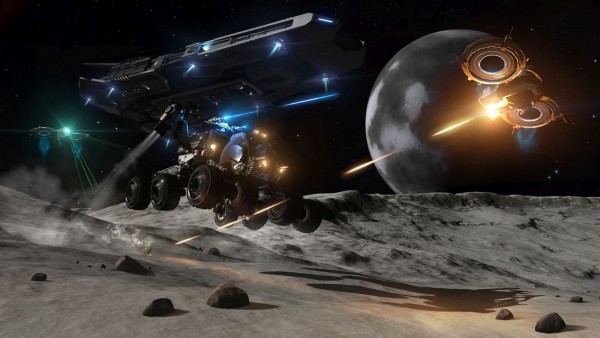 The version that launches next year on PS4 will be the same one available on PC and Xbox One today, with everything in the Horizons season included. This means you’ll be able to land on the planets surface and survey it from the game’s dune buggy (SRV).

The PS4 version will make use of PS4 Pro’s power, though details on that were not divulged. The controls will also be tailored to the DualShock 4 controller. PlayStation VR support was strangely missing from announcement, though that could just be something Frontier is saving for later.

The plan is to release Elite: Dangerous during the second quarter of 2017. More details will be revealed in the coming months.