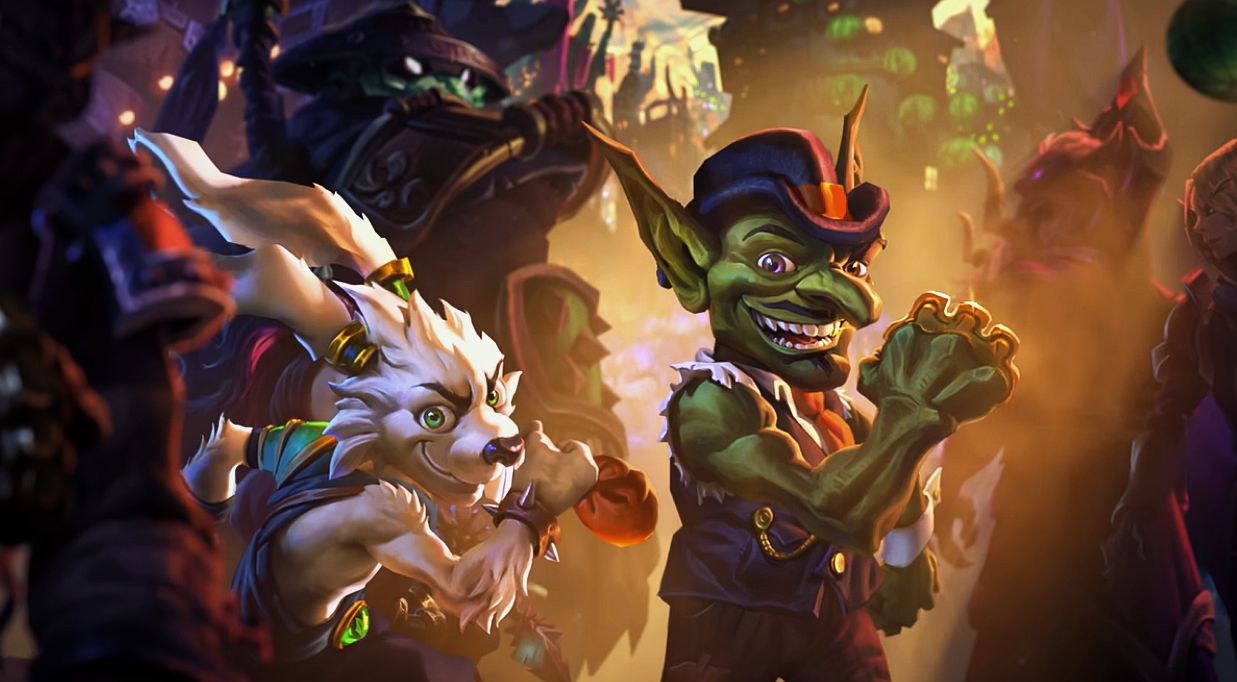 In an interview with Hearthstone game designer Dean Ayala and senior producer Yong Woo, Twitch streamer Trump quizzed the pair on Arena and possible changes we might see in the future.

The full interview is over on Hearthhead.

Talking about Arena stats, Ayala said, “It’s actually really tricky to understand how to rank the top arena players. We talked a little bit about having a formula that calculates, based on how much you play versus your actual win rate, because we obviously don’t want the top arena player to be someone that played three arena runs and 12-0’d three times.

“We don’t matchmake based on skill in arena, we matchmake based on records, so there’s no background MMR. I can’t just say, ‘This is the top ranked player in arena.’ It doesn’t even exist so we have to create a metric that makes sense so that people respect [it]…It’s not a huge challenge. It’s just a talk that we have to figure out.”

One of the challenges Ayala describes is the “perception that some classes are better than others. So if there are rankings it’s not ideal to make people feel like they have to choose the most powerful classes.”

This segues nicely into the topic of balancing issues in Arena mode.

“I think there’s sometimes a little bit of perception from the community that we don’t think about Arena, that we don’t care about it. That’s just not true,” said Woo.

“We’re addressing some of the problems with arena balance as well [and] it’s actually getting a lot closer,” said Ayala, adding that, “There are two huge directions and we have to choose which one is the best. And I’m not sure [what] the answer is yet.

“You can increase the quality of decks in arena where there’s more synergy. [So if] you get a dragon, you have more of a chance to get dragons or something like that. We can do something like for the future, but it makes it feel more and more like constructed.

“Or we can actually decrease the quality of arena decks and take out stuff like Spider Tank and River Crocolisk. A lot of Arena now is you’re just playing one-drops and two-drops and snowballing the game. Spells are less and less frequent as players just play minion after minion.

“I think you can make the game more interesting by actually making the quality of decks overall a little bit worse.

“Plus there’s also the problem [of] the growing card pool. Before long it’ll be thousands of cards and if you’re just drafting you can’t really play around anything.”

Over on the follow-up interview on Reddit, Ayala expanded on Arena balancing, saying, “Spells appearing more often is the direction we are leaning. Cards like Spider Tank (powerful vanillas) showing up less and cards like Shadow Madness, Lightbomb, Hellfire (power board swings) showing up more seems like a better experience to have. Too many games come to getting ahead early and snowballing a victory rather than evaluating the risk of expending all your resources into a board clear effect.”

Apparently the tweaks to Arena are already in the works, but nothing concrete was laid down in terms of timeframes.